Early into the opening night of the “Got Back Tour” on Thursday (April 28th), Paul McCartney pointed out an attendee’s sign held aloft. It displayed a message that this night in Spokane, Washington — McCartney’s first live show since July 2019 — marked the fan’s 124th McCartney concert.

“It’s beautiful, we love it,” the Beatle said as cameras flashed the sign to the 12,000-plus folks filling Spokane Arena. “But it’s slightly obsessive.”

McCartney’s deadpan humor didn’t disappear during his time off the road, nor did his ability to craft a stunning, nearly three-hour set that somehow manages to thrill the Beatlemaniacs, give proper due to his too-often-neglected Wings work, and slip in a few surprises and new songs as well.

Even so, with a catalog as stacked as McCartney’s, it’s impossible to include every “Jet,” “Back in the U.S.S.R.” and “A Hard Day’s Night” when you want to showcase tunes from your most recent albums. “Women and Wives” from 2020’s McCartney III made its live debut, and he played two songs from 2018’s Egypt Station (“Fuh You” and “Come On To Me”).

The kickoff of the “Got Back Tour” was an unusually intimate affair for a McCartney roadtrip. Spokane Arena, tucked in a small city in Eastern Washington, is by far the smallest venue he’ll play on his “Got Back Tour,” a jaunt that includes shows at SoFi Stadium in Los Angeles, Fenway Park in Boston and Met Life Stadium in New Jersey (get tickets here). 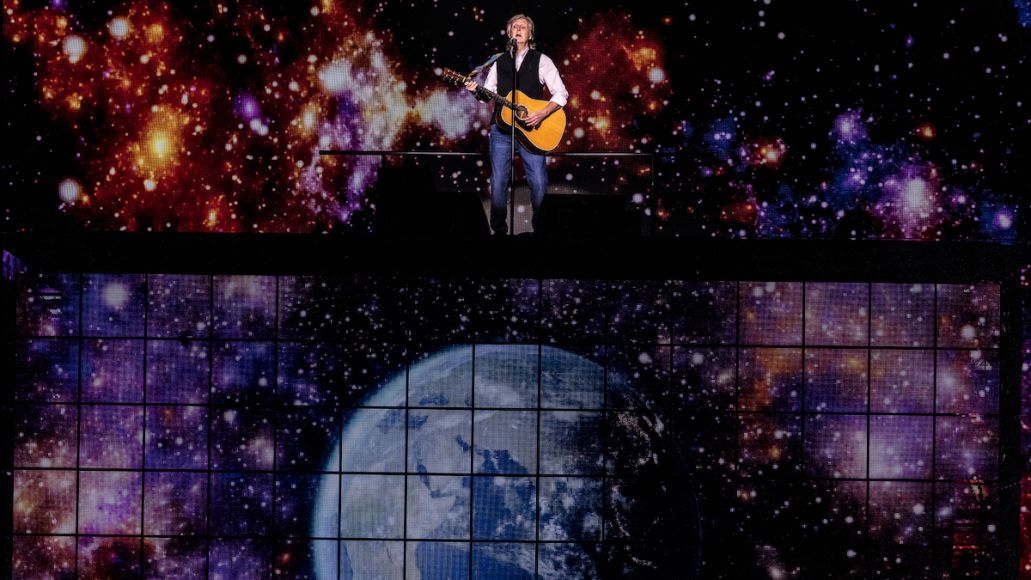