Black and orange were the dominant colors inside Arizona Federal Theatre — the perfect palette for Phoebe Bridgers, a singer who dresses like a skeleton and sings “Halloween.” Projections of orange and purple crescent moons covered the sides of the dark theatre, while a crimson set of drapes bordered the stage’s ceiling like red icing on top of a dark chocolate cake. The vibe was moody, almost funereal; the show itself was anything but.

Bridgers opened her “Reunion Tour” (grab tickets here) on Wednesday, April 13th in downtown Phoenix in front of a packed crowd. The night started with a brief opening set by her pal Christian Lee Hutson; backed by a rhythm section, he delivered an excellent performance. The songs were mellow and pleasing to the ear, but rarely shifted past first gear — no real highs or lows, just a sustained singer-songwriter vibe to nod along to.

At the end of Hutson’s set, he mentioned that Bridgers had produced his albums, then invited her onstage to sing backing vocals on his song “Rubberneckers.” It was a neat surprise, and you could feel the energy in the room percolate from Bridgers’ drive-by singing.

Bridgers and her band then walked onstage to the smooth, dulcet hooting of Disturbed’s “Down With The Sickness.” Her bandmates wore the signature skeleton suits, while Bridgers wore a dark dress covered in so many sparkles it must have been a Lisa Frank sticker in a past life. They launched into “Motion Sickness” as rope lights hung overhead and a projection of a starry sky filled the darkness behind them. It was a beautiful opening, but would soon be eclipsed by the one-two punch of “Garden Song” and “Kyoto.” 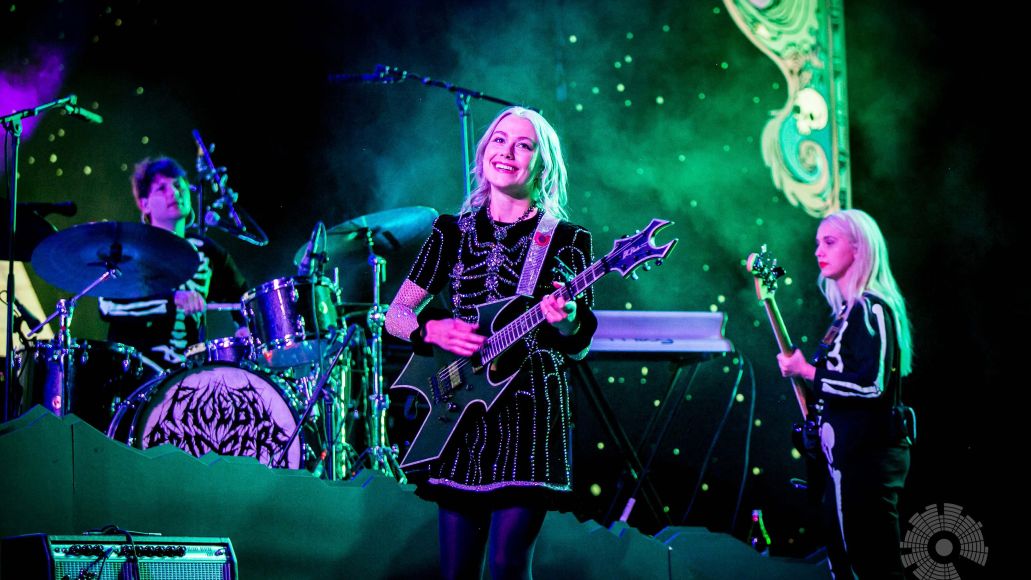 “Garden Song” introduced the tour’s most arresting visual motif: a giant floating pop-up book that would appear for most of the songs, opening up to reveal a new Punisher-inspired landscape with each tune. It’s one of those ideas that is so immediately appealing and simple and clever that it begs the question: how the hell has this not been done a hundred times already?

Meanwhile, things ran just as smoothly on the A side of A/V. The band was tight, Bridgers’ voice was in fine form, and the set was blessedly free from any sound gremlins wrecking havoc with the mix.

Bridgers had an easy rapport with both the audience and her bandmates, riffing between songs and responding gracefully to people’s shouted requests and I-love-yous. “I straight up don’t know that song — I don’t know her,” she said to one fervent request. 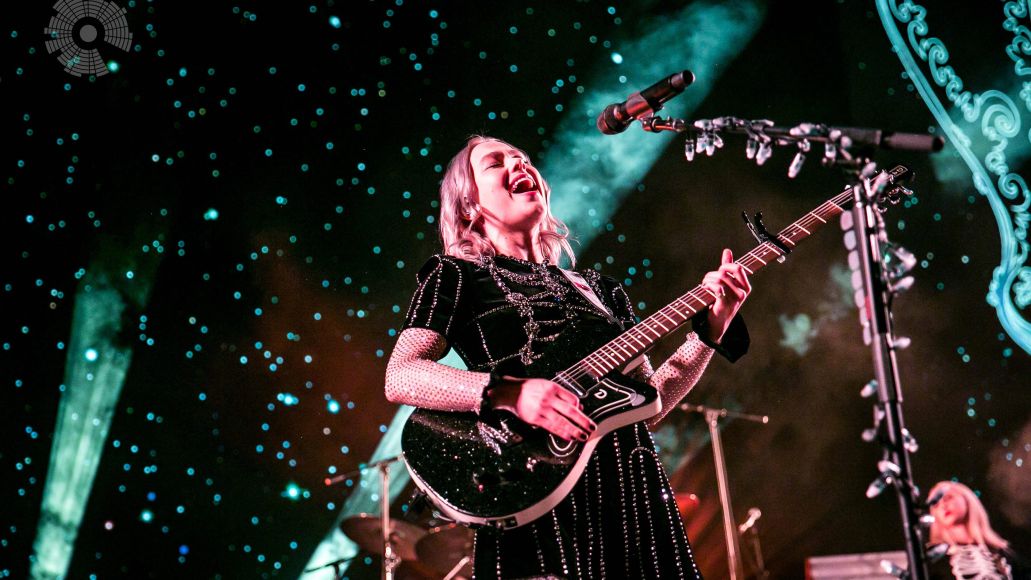 Teeing up the live premiere of a new song called “Sidelines,” Bridgers teased one of her bandmates: “Are you nervous? It’s not like anybody’s filming this. It’s not like it’s going to be on the internet forever.” Naturally, as she said this, the number of glowing phone screens aimed at the stage exponentially increased.

Other visuals accentuated her performance: a trio of stained glass windows descended for “Funeral” while ghostly images of dirt-bike riders and bull-riders flickered behind the band during “Sidelines,” and Bridgers and her band put on crowns to play “Punisher.” The visuals helped enliven some of the slower, more somber numbers in the setlist. Bridgers is a gifted songwriter with a deeply affecting voice, but some of her songs just aren’t much fun to listen to in public. Having a large pop-up book that looked like a lost level from Katamari Damacy hovering over the band helped keep things light.

Bridgers ended on a high note, with a three-song encore that included a song by Boygenius (the power trio of Bridgers, Julien Baker and Lucy Dacus). All in all, the “Reunion Tour” managed to somehow feel both off-the-cuff and highly polished, a tricky balancing act that she and her bandmates pulled off with ease. All things considered, this show was far and away the least awkward reunion this writer has ever been to. 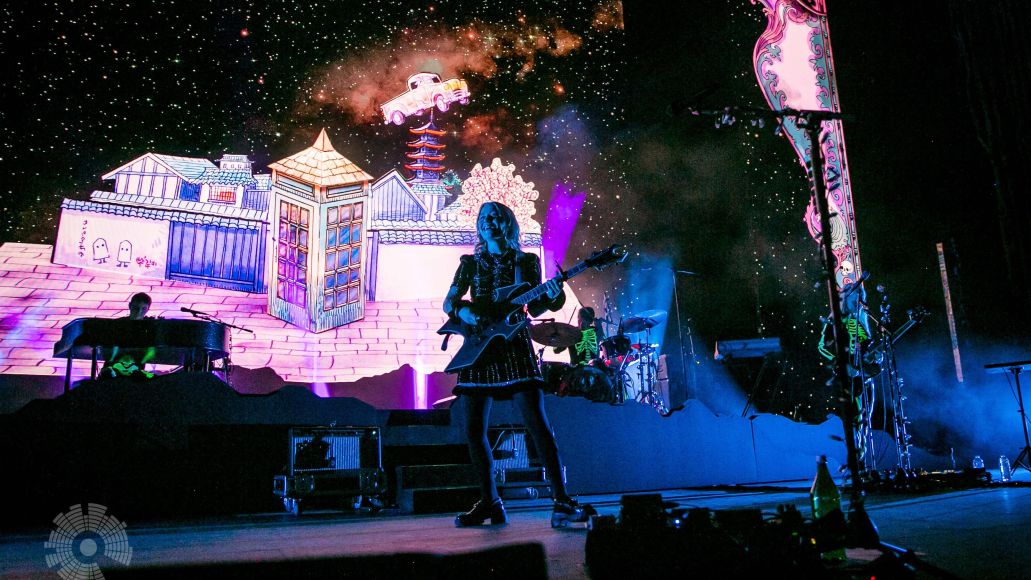 Bridgers is next headed to Coachella, then will resume her headlining tour with a show in Las Vegas, NV at The Amp at Craig Ranch on May 13th. Tickets for that gig, and for the rest of the tour, are available via Ticketmaster.

Check out more photos from Bridgers’ tour kickoff in the gallery below.

Halloween
Savior Complex
Me & My Dog 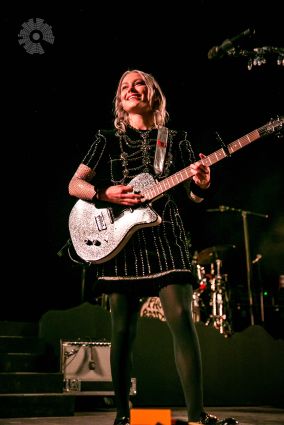 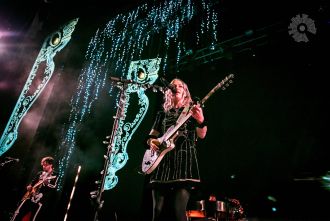 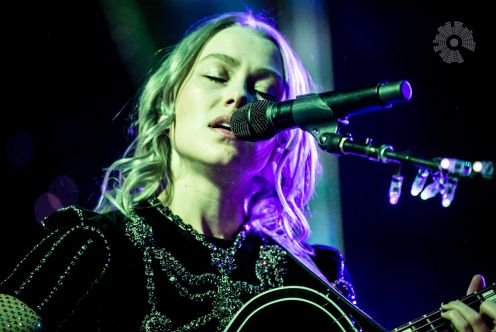