With Rammstein, you pretty much know what you’re going to get from an album release before it even comes out. As one of the OGs of Neue Deutsche Härte (NDH), Rammstein’s sound has remained relatively consistent, if not damn near homogenous. That said, you’re always in for a few surprises, as is the case with their eighth album, Zeit.

With the pandemic stifling the band’s plans to fully tour in support of their 2019 untitled album (which marked their first LP in 10 years), Rammstein used the time off the road to enter the studio to record its follow-up. Their latest studio effort, Zeit, still brings forth the veteran German act’s signature industrial-metal vibe (it’s basically impossible to confuse a Rammstein track for anything other than a Rammstein track), but the album is very much a reflection of the time in which it was recorded. In fact, Zeit is German for “time,” and lead singer Till Lindemann belts out a cathartic reflection over the pandemic period, using the concept as a runner throughout the album to tie into how isolation affects us mentally, emotionally and physically.

Even in sadness, drama isn’t something Rammstein shy away from, and they’re sure to remind us of it right off the bat with “Armee Der Tristan” (“Army of the Dreary”). Its ’80s post-punk-esque synths and a simple but chugging riff give opening and second support to Lindemann’s deep, militant delivery of lyrics solemnly liking the listlessness of marching in combat to the listlessness of staggering through life. Such dark showmanship gets even more depressive with the intro to the album’s title track, which builds from a slow piano into a full-fledged rock song before slowly flickering back down to a dim flame.

Rammstein certainly know how to carry a mood, as they do on “Schwarz” (“Black”). As an ode to nighttime, it personifies the “nacht” to be a beautiful feminine presence holding many things near to her bosom and, probably surprisingly to no one, it’s not the only breast reference on the record. While other tunes are gentler in content and sound, it’s the heavier songs that bring a us back to the tried and true Rammstein formula, both instrumentally and in the lyrics’ sensual nature.

The carnival-like track “Dicke Titten” (“Big Boobs”) features brassy additions that offer a somewhat a jovial air on top of the song’s non-sexualized praise of large breasts, while “OK” condemns unprotected sex — it literally stands for “Ohne Kondom” or “Without a Condom.” A choir harmonizing over keyboards and a heavy riff create a church feel, really driving home the whole idea of the song in the first place. Sexual fodder aside, Rammstein also address the strain and discomfort of abusive Jocasta complex type of family dynamics through the power ballad of “Meine Trönen” (“My Tears”), while “Angst” builds on that anxiety with stomping beats. Album closer “Adieu” rounds out the sentimentality of it all by touching on the ultimate goodbye of death, as cold piano playing chimes through the finish.

These veering emotional leaps that Rammstein take while still in some way remaining fairly cheeky show how well they balance dark and light, hard and soft, textured and smooth. The actual flow of the record may feel a bit all over the place, but that’s kind of the point. Rammstein thoroughly enjoy keeping their fans on their toes, if not attempting to purposefully irritate them even slightly. Either way, Rammstein prove that no matter what obstacles stand in their way, they can always come together and do exactly what we’ve appreciated of them for decades.

Rammstein will embark on a 2022 tour in support of Zeit and their 2019 untitled album beginning with a European run that launches in mid-May. A North American stadium outing will follow in late August and run through early October. Pick up tickets via Ticketmaster. 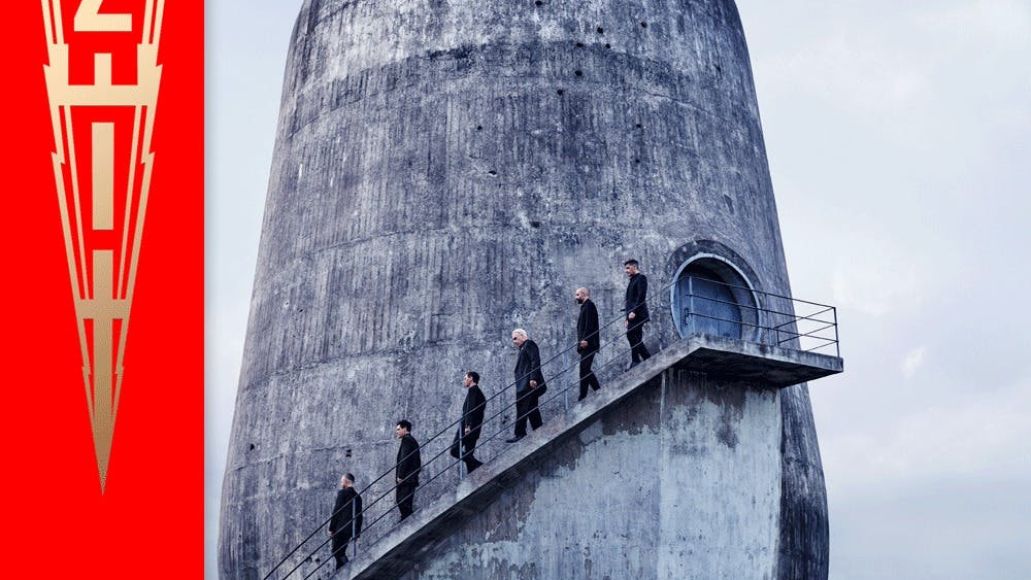