Foo Fighters have cancelled all their tour dates following the tragic death of drummer Taylor Hawkins, and that includes their scheduled appearance at New Orleans Jazz and Heritage Festival 2022. Now, organizers have announced that Red Hot Chili Peppers will join the biggest musical event in the Big Easy, headlining on Sunday, May 1st.

This will be RHCP’s first time at the event since 2016. The band is touring in support of their new album Unlimited Love, their first studio set featuring guitarist John Frusciante since 2006.

They join a lineup that is also headlined by Stevie Nicks and The Who, and features performances by Lionel Richie, Jimmy Buffett & the Coral Reefer Band, Willie Nelson, Jason Isbell and The 400 Unit, Ludacris, Norah Jones, Elvis Costello & The Imposters, Death Cab for Cutie, Ziggy Marley, Randy Newman, Melissa Etheridge, Buddy Guy, Tank and the Bangas, and more.

Red Hot Chili Peppers were the subjects of our inaugural cover story, where Flea told us what he said to get John Frusciante back into the band. The New Orleans Jazz and Heritage performance comes during a stadium tour that is one of the can’t-miss live events of the year, and tickets are available here.

As for Foo Fighters, they recently swept the rock categories at the 2022 Grammy Awards for their new album Medicine at Midnight. After cancelling all tour dates, they were replaced at Welcome to Rockville by Nine Inch Nails. Be sure to check out our guest column, “I Was Foo Fighters’ Interpreter During Their Final Trip to Paraguay.” 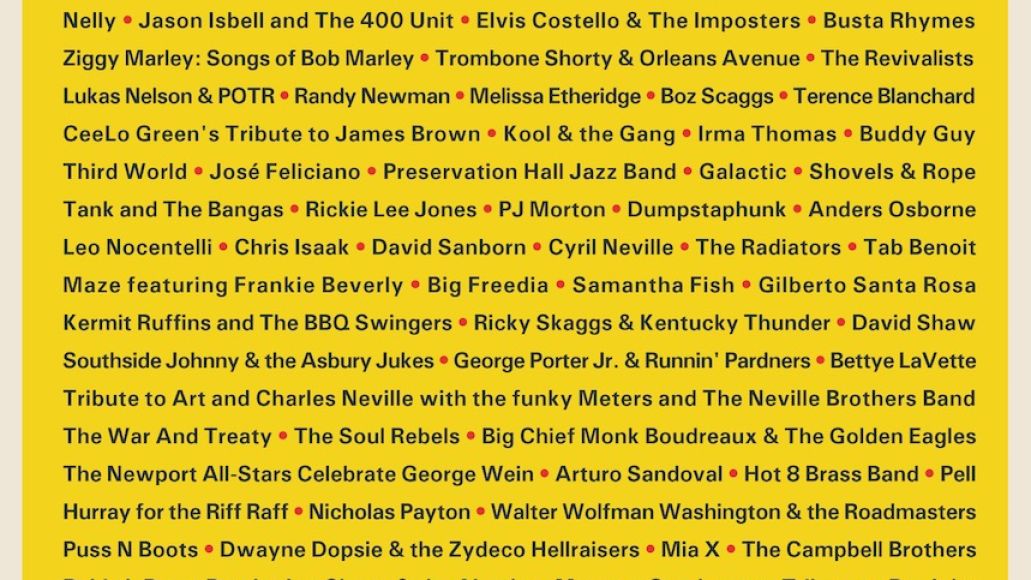