The Pitch: Nearly four years after the Birthday That Just Kept Killing Them, Nadia Vulvokov (Natasha Lyonne) and Alan Zaveri (Charlie Barnett) are still free of the cosmic death wishes that tied their fates together in the first place. Well, mostly. While neither seems in imminent danger of falling down a flight of stairs or getting walloped by an errant taxi, neither do they seem to have particularly warmed to the idea of being alive in a world that deals people such uneven hands.

This means that as yet another of Nadia’s birthdays is approaching — and not just any birthday, but her milestone 40th — they are neither of them surprised when the universe decides to step in and screw with their experience of time once more.

In Nadia’s case, this screwery takes the form of a No. 6 train that inexplicably spits her out in 1982 — which, you do the math. How she’s perceived in eighties New York is one of the key elements of the new season, so no spoilers on that front, but suffice it to say: After the lifetime of deadly looping birthdays she went through in 2018, she’s hardly fazed to find herself suddenly dropped into the year she was born. In fact, she’s not just unfazed when she walks into Mayor Koch’s New York, but decidedly open to every experience (read: drugs and dick) that crosses her path.

The ways in which this newest metaphysical twist screws with Alan are, as one might expect, similar, but as in the first season, they aren’t revealed until the fourth episode in. By then, Nadia has more or less determined what it is she thinks the universe is asking of her — and by extension, she’d probably argue if she stopped to think about him for more than a few seconds, Alan — and has started making plans to act on those requests.

Some of those plans involve Budapest (which scenes the series shot on location); some, treasure maps; some, the madcap idea to just straight up break time. As for how those plans play out? Well, just ask Nadia’s godmother Ruthie (Elizabeth Ashley) what God does when anyone tries to make plans… 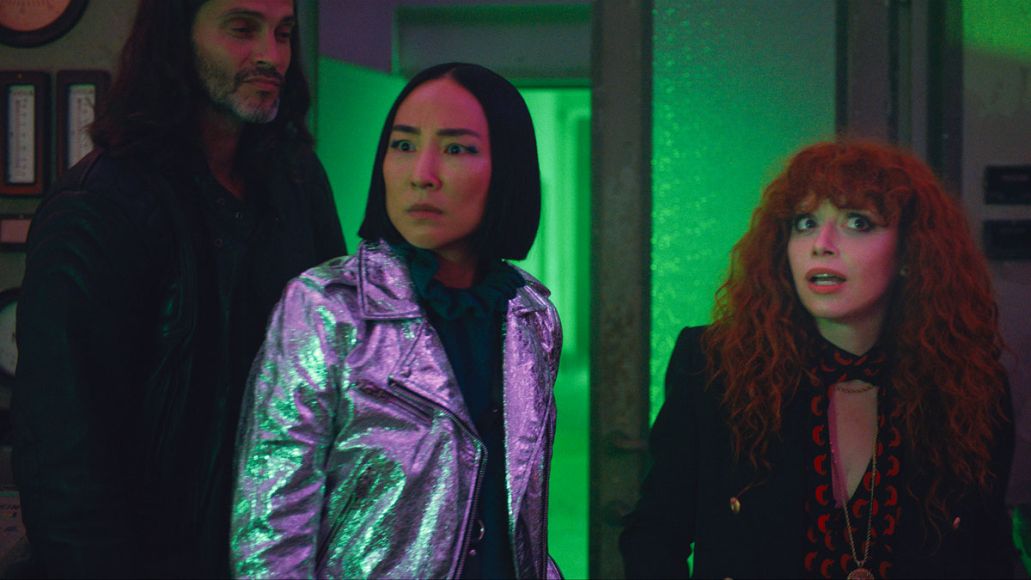 Metaphysics on the 6 Train Express: When news of Russian Doll’s renewal broke in the summer of 2019, it was met, at least on the critical level, with a certain degree of ambivalence. It wasn’t that skeptics thought the allusively rich, aesthetically idiosyncratic series couldn’t live up to its own high expectations. It was just that it seemed dead obvious it shouldn’t even be asked to try.

The existential escape room that Lyonne, along with co-creators Amy Poehler and Leslye Hedlund, had so meticulously put together for that first morbid shock of a Happy Death Day season was so creatively and emotionally complete, it felt sacrilegious to even entertain the idea that it might be a world to which any of us might one day return.

So now that we’re here, with the Season 2 premiere just around the corner, the cosmic elephant in the room is asking, were the skeptics right?

We’ll get to the final verdict below, but for now let’s go with: maybe. Not because the quality of the final product has suffered in any way for being a retread; on the contrary, with Lyonne now leading the production not just in front of the camera, but also behind it as official showrunner, the acting, costuming, production design, and needle drops are perhaps even sharper and more surprising than they were during the first go-round.

Similarly, the addition of Annie Murphy as a younger version of Nadia’s beloved Ruthie isn’t just a fun treat for fans of the elevated sitcom form (Kevin Can F*** Himself hive represent!), but a real coup for what her version of the character is meant to accomplish this season, both narratively and emotionally.

On that front, where the metaphysical death wish twistiness of the first season was rooted in a universal enough place that its trippy consequences could be enjoyed as much on a formal/comedic level as on a personal one, the Time Train tomfoolery that Nadia, in particular, is dealing with in Season 2 is running along the tracks of such a deeply specific map of inherited trauma that the watch experience is anything but universal.

This isn’t to suggest that specificity isn’t good, especially when it comes to projects as idiosyncratic and singular as Russian Doll. Nor, too, is it to suggest that the trauma Nadia’s drowning in this time around is wildly different from that which fueled her death wish in Season 1. 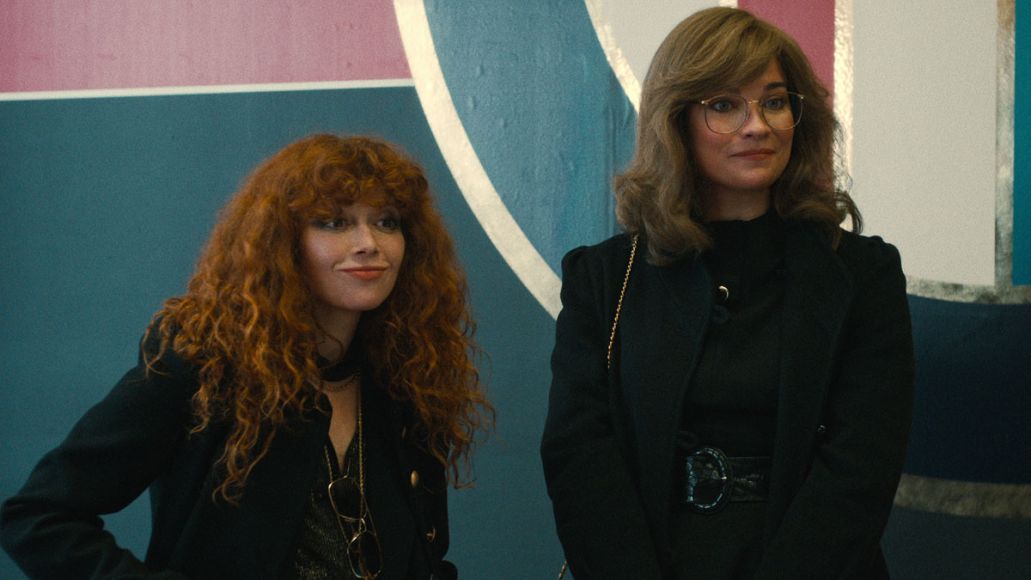 On the contrary, specificity is fantastic, and the trauma that thrusts Nadia into 1982 proves itself to have been so blindingly well established by the first season that you might walk away from this one shocked that you hadn’t understood just how specific the Happy Death Day shenanigans were when the series first debuted.

And yet, while the growth that Nadia — and, to a less-showcased extent, Alan — undergoes this season is made to feel substantial by the time the final (perfect!) shot longs, it’s easy to argue there’s just not enough meat to the seven episodes that comprise it to convince skeptics the return was worth it.

Your Own Personal Jesus? To go into much more detail than that would risk giving away the season’s more closely guarded (and trippier) secrets. That said, where the best qualities of Russian Doll’s first season are echoed and often even improved upon in this newest one, so, too, are its weaknesses, the most glaring of which is the confounding underutilization of Barnett’s sweet but clinically anxious Alan. Not only does it take another three full episodes this time around for his part in Nadia’s Time Train tomfoolery to be made a narrative priority, but even when it is, the most meaningful parts of it feel pushed offscreen.

Similarly, where the first season saved its meatiest metaphysical mindfucks for the eleventh hour, only to then have to rush through what ought to have been that season’s most compelling stretch of emotional catharsis, so, too, does Season 2 wait until there’s basically no narrative runway left to even bring Nadia and Alan’s temporal escapades into the same physical space.

And with only seven episodes to work with, compared to the first season’s eight, the emotional and puzzle-box “catharsis” that results feels even more unnecessarily breathless. If the goal of this season is to show these two characters choosing to live their imperfect lives, despite all the pain and guilt and unknowing that imperfection might burden them with, then a bit more meaningful time spent working through their respective existential crises together before the chaos of the final moments would have been nice. 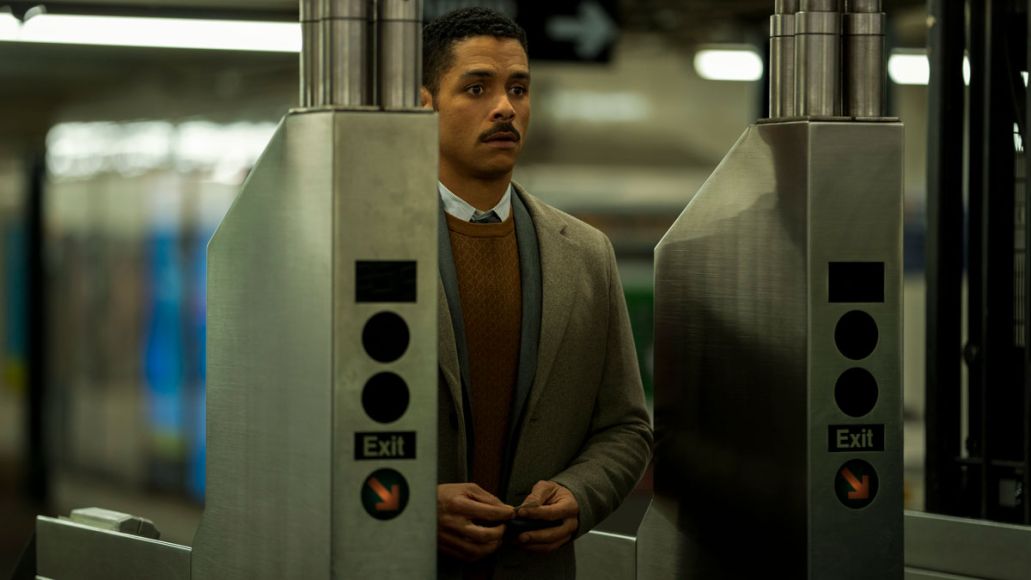 The Verdict: So, were the skeptics right about a second season being superfluous to the Russian Doll experiment? Well, maybe.

And yet, every aspect of the show Lyonne has run this season screams, it doesn’t matter what the skeptics think. Which is to say, the story she’s using Nadia and Alan to tell this season is exactly and unapologetically the story she wanted to see on screen. (“You don’t get a lot of shots to say what you want to say,” she quipped to Rachel Syme in her recent profile in The New Yorker, “so you may as well say what you want while they’re letting you. If people don’t like it, I’ll just sue them.”)

Meaning, whether audiences find Round 2 resonating with their experience of Round 1, or they find there’s an unanticipated degree of friction between the two, she doesn’t really care.

In any case, you’ll come away with something to talk about.

Where’s It Playing? The second season of Russian Doll hits Netflix like a runaway time train on Wednesday, April 20. Season 1 is streaming now.