Sonic Youth have unveiled a new concert album called Live in Kyiv, Ukraine 1989, with proceeds directed to the non-profit World Central Kitchen and relief efforts for Ukrainians in response to the ongoing Russian invasion. Stream it below.

The recording, taken from a show on April 14th, 1989 and unearthed from the band’s extensive archives, captures the New York noise-rock pioneers at their Daydream Nation heights, bringing their “Candle”-burning heat to the former Soviet territory still thawing in the wake of the Cold War’s end. The nine-track set consists mostly of cuts from the 1988 classic including “Kissability” and “Silver Rocket,” along with the opener “Brother James,” taken from their 1983 debut.

One of the most notable attendees in the concert’s impressionable audience was Gogol Bordello frontman Eugene Hutz, who shared his memory of the transformative performance in a statement: “That [Sonic Youth] Kyiv show was life-changing for all musicians that were there… These were the new vitamins we needed. I made a decision to experience NY right there. Plus my friends VV were opening so I got in free 🤟🏼. The fact that it wasn’t shut down halfway through, like all other punk gigs, was the doing of a Ukrainian man named Mikhail Gorbachev, who set up the atmosphere of political ‘springtime’ and a promise of change.”

Sonic Youth most recently released a compilation of rarities called In/Out/In in January, and its core members have remained busy separately as well. Thurston Moore is prepping a memoir called Sonic Life set for release in 2023, while Kim Gordon is currently in the midst of a summer 2022 tour behind 2019’s No Home Record. Grab your seats to another archive-release-in-the-making via Ticketmaster. Meanwhile, drummer Steve Shelley recently joined the band Bush Tetras. 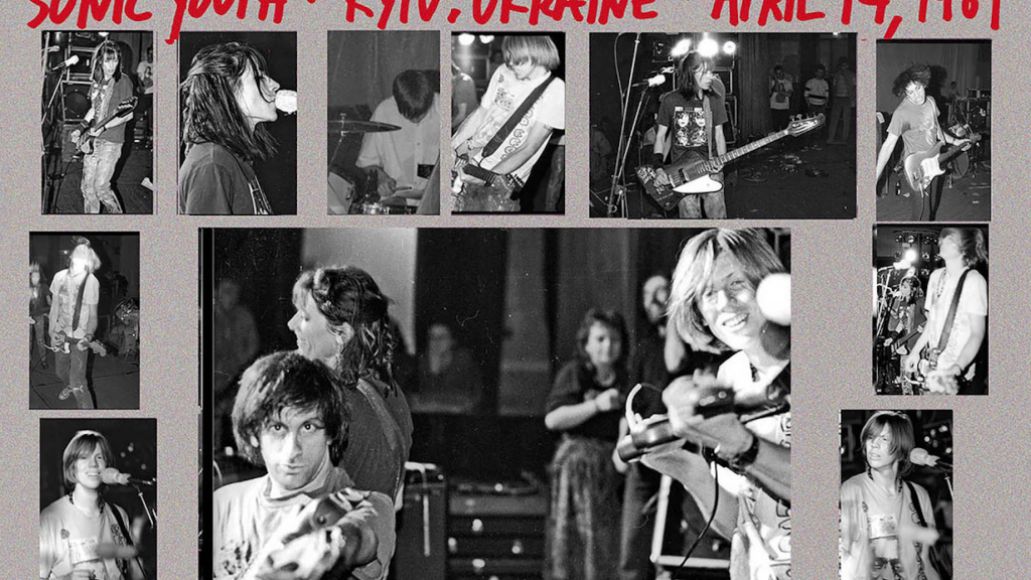