The immediate feeling most closely associated with the color blue isn’t a positive one. Feeling blue, after all, conjures a specific kind of melancholy — that Charlie Brown kind of moroseness. It’s not a connotation as potent as the all-consuming dark tones of heartbreak, the red of passion, or the white-hot brightness of anger. It’s steady, and it’s just kind of unshakable.

When it comes to symbolism, though, the color blue goes beyond sadness. In fact, psychologists have even said that the color blue can have a calming effect on the human body, lowering blood pressure and heart rates. In literature, blue can indicate loyalty, bravery, and wisdom. Then, of course, there’s the blue of the water, the key to life itself, continental endings and beginnings, and a pathway to adventure.

The title of the new album from Seattle-based sextet The Head and the Heart — Every Shade of Blue, available today, April 29th — indicates that all of these angles will be explored, and the act makes good on that promise. Of all the ways to explore shades of blue, the one that perhaps works best here is that of the water. It’s a fairly dense album — sixteen tracks, with a runtime totaling almost an hour for a complete listen — and it’s best enjoyed as a collection to dive into and swim through, leisurely and lazily.

That strength of the album is a double-edged sword, though, because for all the cohesiveness of the record, that consistency teeters too far into repetitiveness. Band members Charity Rose Thielen and Jonathan Russell acknowledged a bit of trepidation around the recording process for this album in a recent conversation with Consequence, and even the band was surprised by the runtime on the LP. The group forged a connection with pop producer Jesse Shatkin, known for his work with Sia, Kelly Clarkson, and Fitz and the Tantrums, and expressed excitement around the prospect of a range of diverse sonic choices.

Unfortunately, it would feel inaccurate to describe this perfectly fine album as one full of diverse sonic choices. The Head and the Heart know their lane, and that’s certainly not a bad thing — they thrive in the indie-pop space epitomized by anthemic single “Virginia (Wind in the Night)” and the album’s title track.

The Head and the Heart Announce New Album, Preview 2022 Tour: We Have a “Newfound Appreciation of Live Music”

There’s also a rhythmic highlight in early entry “Paradigm,” along with an easy breeziness to “Starstruck.” In another life, “Love We Make” could have been the theme song for Big Little Lies (a good thing, to be clear).

By the time “Shut Up” bleeds into “Family Man,” though, it feels like The Head and the Heart are sonically re-treading the same ground. Over the past decade, there’s been a specific strain of indie-pop dominated by acts like The Lumineers, Vance Joy, Lord Huron, and, of course, The Head and the Heart — Every Shade of Blue feels like part of the same conversation that’s been happening among all these artists, but it’s not necessarily adding anything new. “GTFU” is a promising name for a song, but the album concludes in the same mid-tempo territory in which most of the record had already been residing.

Ultimately, Every Shade of Blue is an easy, accessible listen, and many of its tracks are certainly radio-friendly. There are pleasant pop hooks and a few earworms here and there. Since a pop exploration seems to be calling to the act, perhaps their next outing will lean a bit further into the synth-laden direction they began to point in 2019’s Living Mirage.

“You could be all up in my life like a parasite/ It’ll be over in a night or two/ I could come for the rerun, it’ll be fun,” they say on aforementioned standout “Paradigm.” If resignation is a shade of blue, which might it be? Our money’s on azure.

Catch The Head and the Heart on tour; tickets are available via Ticketmaster.

Every Shade of Blue Album Artwork: 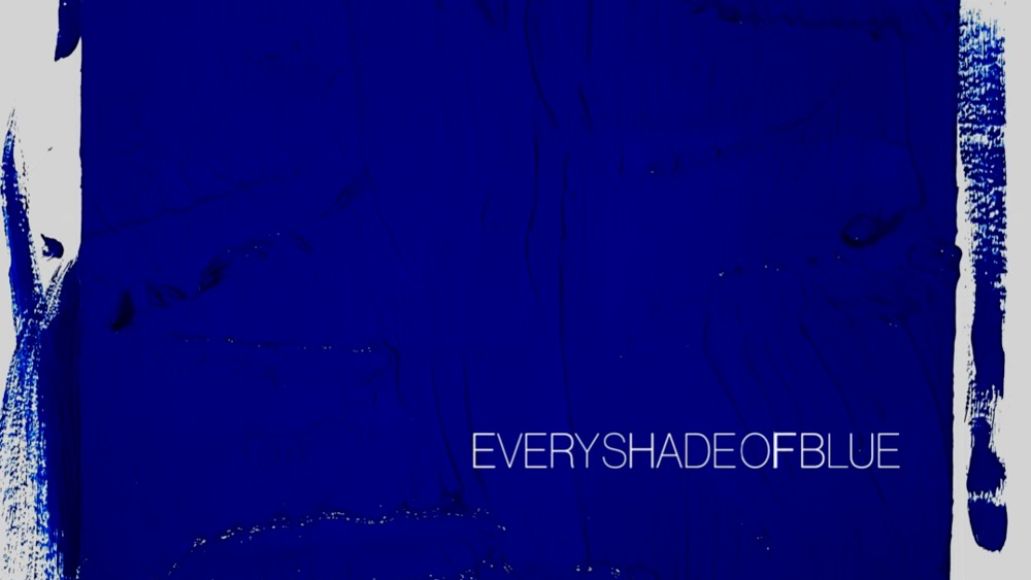