Thom Yorke and Jonny Greenwood have been teasing us with songs by The Smile, their new band with Sons of Kemet’s Tom Skinner, for nearly a year now, and today, they’re finally ready to announce a full album. The Smile’s debut, A Light for Attracting Attention, will arrive on May 13th, and as a preview, the supergroup has shared a new single called “Free in the Knowledge.”

Yorke first debuted “Free in the Knowledge” at a Letters Live event at London’s Royal Albert Hall in December, but the studio version adds a heightened surreality to the track, with swirling strings setting the stage for the singer’s foreboding acoustic guitar. The song comes with a music video directed by Leo Leigh, and its main character seems to be as uncomfortable as the screeching orchestra playing behind him. Check out the clip below.

A Light For Attracting Attention will initially be released digitally on May 13th, with a physical release following on June 17th via XL Records. Pre-orders are available here, and the album’s artwork and tracklist are available to view below.

Previously, The Smile shared the singles “You Will Never Work in Television Again,” “The Smoke,” “Skrting on the Surface,” and “Pana-vision.” Earlier this year, the supergroup made their live debut by performing three concerts in just over 12 hours.

A Light for Attracting Attention Artwork: 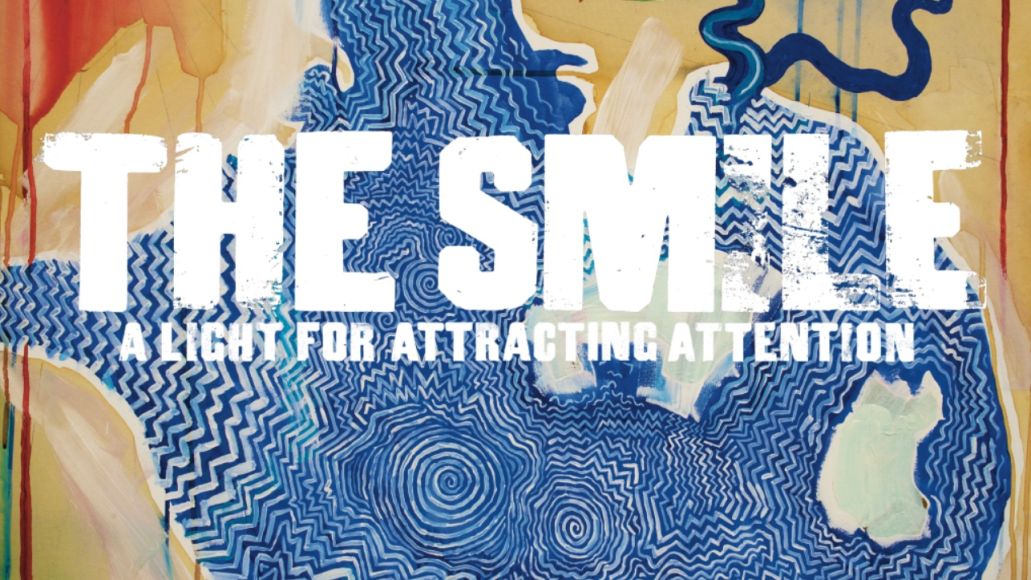 A Light for Attracting Attention Tracklist:
01. The Same
02. The Opposite
03. You Will Never Work in Television Again
04. Pana-vision
05. The Smoke
06. Speech Bubbles
07. Thin Thing
08. Open the Floodgates
09. Free in the Knowledge
10. A Hairdryer
11. Waving a White Flag
12. We Don’t Know What Tomorrow Brings
13. Skrting on the Surface