The Pitch: “A grisly murder rocks a sleepy town” is a premise that’s been tossed around plenty of times before — but this one has Andrew Garfield.

Under the Banner of Heaven, adapted from a 2003 novel by Jon Krakauer of the same name, follows the true events of a shocking double murder in Utah. The deaths of Brenda Lafferty and her 15-month-old baby gained media attention in 1984 due to the religious nature of the crime, one that was committed on the alleged premise of “divine revelation,” a factor that has certainly not grown less disturbing in the time since.

As with the book, the Dustin Lance Black-adapted series follows two storylines — the first being the murder investigation led by Detective Jeb Prye (Garfield), and the second being the early days of Mormon history. The parallel focuses work better in some places than others, especially since the investigation prevails as the more interesting of the two.

But the setup evokes a consistent sense of dread, as though the show is barreling towards something hard and heavy, not to be deterred. For, as the case takes viewers (and Jeb) further into the underbelly of fringe fundamentalists and extremism in the Church of Latter-Day Saints, Jeb’s own faith is called into question, too.

In His Name: In 2016, Andrew Garfield was undergoing a crisis of faith. Onscreen, that is — in Martin Scorcese’s brutal epic, Silence, as a devout and initially optimistic priest hoping to find and rescue his mentor amid the highest possible stakes.

Silence is a stunning performance from Garfield in an overall gripping, stomach-churning film, and it feels like he’s able to flex many of those same well-earned muscles here in Under the Banner of Heaven. In a recent interview with Vanity Fair, Garfield describes this as his “heaviest and darkest” project yet — a bold claim when Silence, Hacksaw Ridge, or Angels in America are called into question — but, in the same conversation, mentions that had he not stuck with acting, he might be studying theology. 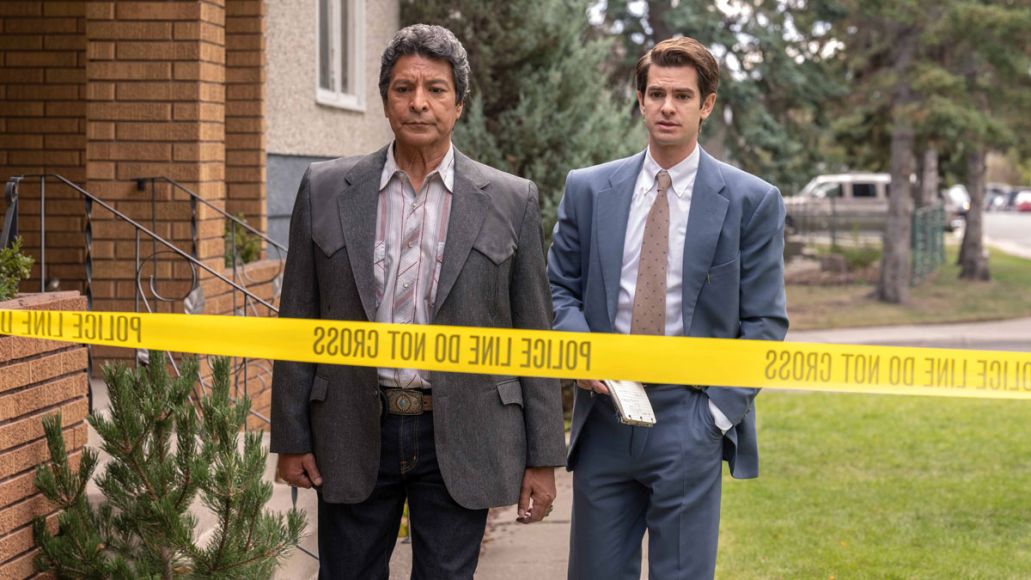 Under the Banner of Heaven (FX)

Andrew Garfield's Faith Gets Challenged Once More in Under the Banner of Heaven: Review