Back in February, Jeff Tweedy revealed that Wilco had been “chipping away at a new record.” Now, it looks like the indie rockers have struck gold, because they’ve officially announced the double album Cruel Country, due out May 27th. As a preview, they’ve shared first single “Falling Apart (Right Now),” which you can listen to below.

Even beyond its two-disc tracklist, Cruel Country deals in doubles. The project derives its name in part from its country sound, a qualifier always attributed to Wilco that the band is only now accepting. “There have been elements of country music in everything we’ve ever done,” Tweedy admitted in a statement, but “we’ve never been particularly comfortable with accepting that definition, the idea that I was making country music. But now, having been around the block a few times, we’re finding it exhilarating to free ourselves within the form, and embrace the simple limitation of calling the music we’re making country.”

At the same time, Cruel Country’s title also refers to the harsh truths surrounding the origins (and perennial issues) of the United States. American history serves as a loose narrative for the album’s 21 tracks. “It isn’t always direct and easy to spot, but there are flashes of clarity,” Tweedy said. “It’s all mixed up and mixed in, the way my personal feelings about America are often woven with all of our deep collective myths. Simply put, people come and problems emerge. Worlds collide. It’s beautiful. And cruel.”

Aside from a few overdubs, Wilco recorded Cruel Country almost entirely live, a process Tweedy reckons the band hasn’t done since 2007’s Sky Blue Sky. The frontman, John Stirratt, Glenn Kotche, Mikael Jorgensen, Pat Sansone, and Nels Cline huddled together in a room at The Loft in Chicago, forced to face each other’s imperfections — much like the record does with its subject matter.

A quick-moving groove fuels “Falling Apart (Right Now),” as Tweedy, in his best country accent, demands to have his mental breakdown all to himself. “Now don’t you fall apart while I’m falling apart/ Why don’t you get in line behind the tears I’m crying,” he sings, later insisting, “Now don’t you lose your mind while I’m looking for mine.” It’s the type of self-effacing humor that marks the best country music, a good sign of what’s to come.

Pre-orders for Cruel Country are available now, and the artwork and tracklist for the album are shown below. The album arrives on the same day that Wilco’s Solid Sound Festival begins in Massachusetts, and a press release promises that the band will play their new songs at the event. Soon after, Tweedy and company will head to Europe for appearances at several other festivals. Check out those dates below, and grab tickets via Ticketmaster.

In addition to a new double album, Wilco are piling on the content with a mammoth 20th anniversary reissue of their beloved record Yankee Hotel Foxtrot. Pre-orders for the seven different special editions of that LP are ongoing. Watch the band perform “Poor Places” on the Late Show with Stephen Colbert here. 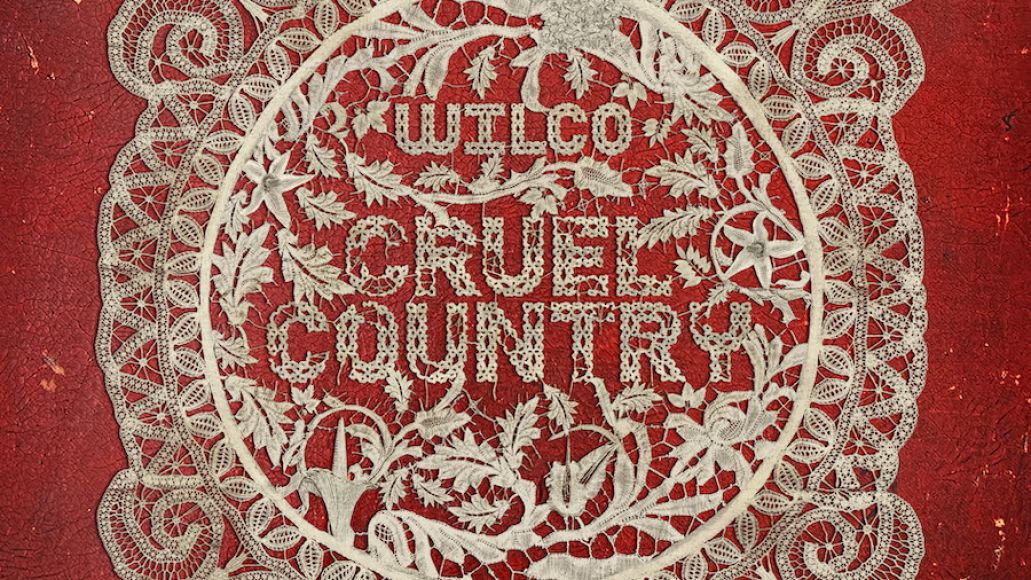