Thom Yorke makes experimental electronic music as a solo artist, and Jonny Greenwood writes emotive classical film scores as a composer. Put them together, however, and, no matter who else is in the room, you get Radiohead.

The Smile, the duo’s new project, sees Yorke and Greenwood rounded out not by their usual bandmates, but by Sons of Kemet drummer Tom Skinner. Still, the group hits all of Radiohead’s principal marks, from nimble, arpeggiated guitar lines to swelling, doomsday-soundtracking orchestral pieces.

That’s not to say A Light for Attracting Attention (out Friday, May 13th) offers more of the same. The Smile’s debut album repackages Radiohead’s bag of tricks — layered soundscapes to which Yorke bemoans the state of the world — into something cautiously optimistic, just as the band’s winking name implies.

Take opener “The Same,” in which Yorke targets not ambivalent bystanders nor evil power holders, but his fellow aggrieved citizens caught in the middle of the game. “Somebody’s fallen down, somebody’s telling lies,” the singer notes, but suggests that “we don’t need to fight/ Look toward the light.” Insistent synthesizer notes beep one at a time as Yorke pleads with his audience. “People in the streets, please/ We all want the same,” he croons. On its face, The Smile’s opening greeting begs for peace, but its messengers, of course, require an ominous delivery.

Naturally, after “The Same” comes “The Opposite,” a track that grounds the album’s otherworldly beginning with classic, human instrumentation. A quick-and-tight drum beat sets the stage for disjointed, staccato guitar, though once Greenwood’s melodies start swirling, it all gets a little blurry. Fortunately, Skinner, a jazz veteran, keeps the beat.

“The Opposite” flows into “You Will Never Work in Television Again,” The Smile’s rumbling debut single that made producer Nigel Godrich’s initial claim — that A Light for Attracting Attention was not a rock record — seem dishonest. With a “Bodysnatchers”-reminiscent fuzz riff, the song flails in and out in under three minutes, as the singer describes the type of sexual misconduct, disguised as quid-pro-quo dealmaking, that has plagued the entertainment industry for decades.

“He chews ’em up, he spits ’em out/ It’s whatshisname, the gеnie man,” the artist quips. “Let the lights down low, bunga bunga or/ You’ll never work in television again.” Leave it to Yorke to find the most intellectual example of misconduct to include in his breakneck rock song.

Despite this brief glimpse of rage — “All thosе beautiful young hopes and dreams/ Devoured by those evil eyes and those piggy limbs/ You sad fuck, you throw small change/ Take your dirty hands off my love,” Yorke spits — Godrich’s disclaimer proves accurate. A Light for Attracting Attention revels not in fiery protests, but in the layered, mid-tempo meditations Radiohead’s been crafting since OK Computer. Often times, as “The Same” introduces, its messages and its music conflict.

Yorke’s choir boy vocals are at their lightest and brightest in “Pana-vision,” but the song’s uneasy climbing piano offers a reminder that a beautiful voice does not guarantee a song of comfort. Elsewhere, an unrelentingly catchy bass line forces you to groove to “The Smoke,” a track that sounds almost fun before you realize that Yorke is singing about the end of the world. “We set ourselves on fire,” he repeats, as a brass section bellows. Somehow, it’s still easy to nod along.

Fire pervades A Light for Attracting Attention. Yorke has always warned us about climate change, but our world has only gotten grimmer — and hotter — since he warned us of an ice age coming. “Our city’s aflame,” he cries in “Speech Bubbles.” “The flames go higher” in follow-up “Thin Thing,” where the first track’s mournful strings escalate into a whirl of chaotic, computerized sounds.

The Smile’s melancholia works best in “Free in the Knowledge,” a surreal ballad that marks A Light for Attracting Attention‘s clear highlight. The joke’s long existed that Radiohead make whiny, crybaby music, but here, its members remain content in their nihilism. The London Contemporary Orchestra, who accompany the trio, swaddle Yorke’s acoustic guitar in a devastating chorus of violins, while the singer takes comfort in life’s inevitable close. “Free in the knowledge that one day this will end/ Free in the knowledge that everything is change,” he sings. A tough pill to swallow, sure — especially when modern life, precious as it may be, seems riddled with injustice and war, or, as Yorke puts it, “A face using fear to try to keep control.”

“But we get together,” he sings, for once willing to unite with his fellow man, rather than casting him off. “Well then, who knows?”

Maybe he just needed a different name to do it.

Essential Tracks: “You Will Never Work in Television Again,” “The Smoke,” “Free in the Knowledge”

A Light for Attracting Attention Artwork: 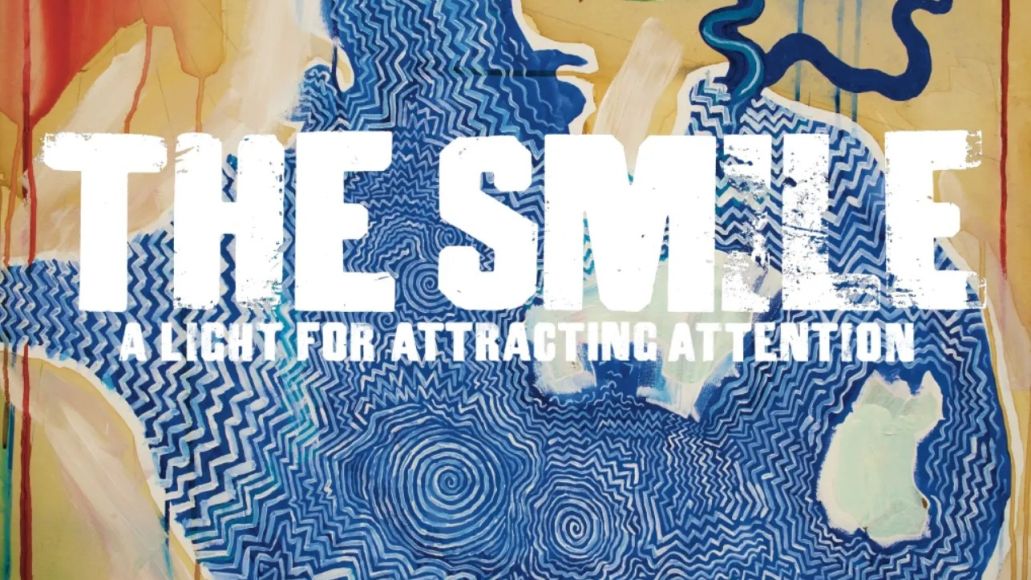 We've Been Going About This All Wrong Is a Patiently Illuminating Turn from Sharon Van Etten: Review