Bob Dylan recently re-recorded “Blowin’ in the Wind” for the first time since 1962 as part of a new audio project from legendary producer T Bone Burnett. The lone copy of the recording will go up for auction at Christie’s beginning the week of July 7th, with an expected price tag of between £600,000-1,000,000.

The re-recording is the first release pressed on Burnett’s Ionic Original disc, which utilizes new analogue sound technology that “possesses a depth, resonance and sonic fidelity that exceeds that of vinyl, CD, streaming or any other means of experiencing recorded music,” according to Burnett. Ionic Originals are created by painting lacquer onto an aluminium disc, which is then played using a stylus like a vinyl record.

“An Ionic Original is the pinnacle of recorded sound,” Burnett explained in a statement. “It is archival quality. It is future proof. It is one of one. Not only is an Ionic Original the equivalent of a painting, it is a painting. It is lacquer painted onto an aluminum disc, with a spiral etched into it by music. This painting, however, has the additional quality of containing that music, which can be heard by putting a stylus into the spiral and spinning it.”

Individuals who are interested in bidding on Dylan’s re-recording of “Blowin’ in the Wind” will be able to book an in-person listening session in Los Angeles, New York, and London.

For Dylan fans who don’t have access to such a large slush fund, they can still hear their favorite bard by checking him out on his “Never Ending Tour.” He’s set to kick off a new west coast leg of dates later this week, and tickets can be purchased here. 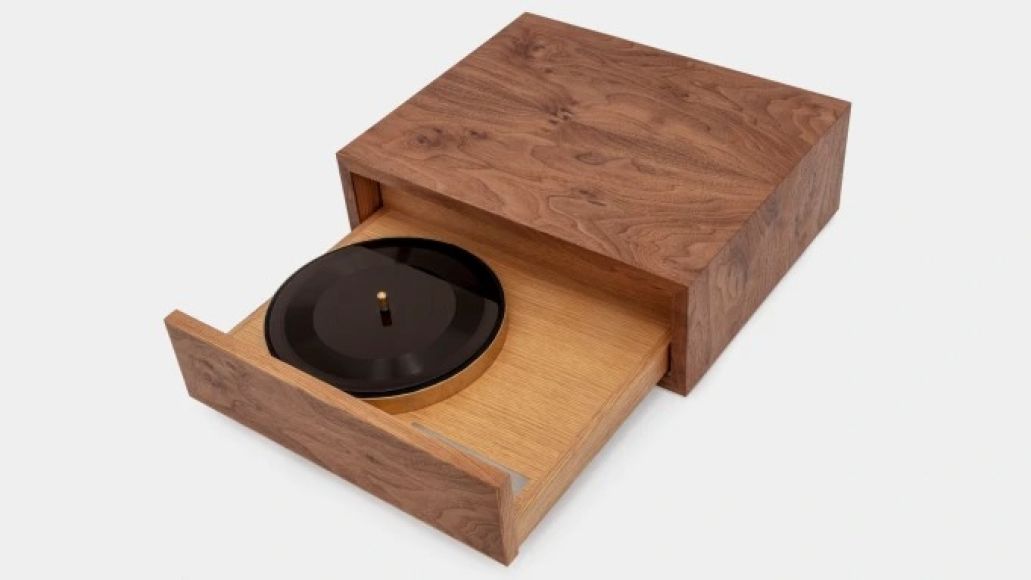