The Pitch: The lives of the Belchers of Bob’s Burgers have never been easy, as we’ve seen over a whopping twelve (!!) seasons of animated misadventures on FOX. Patriarch Bob (H. Jon Benjamin), a perpetually anxious, balding burger-joint owner doing his best (and, it must be noted, unlikely bi icon), and the rest of the Belchers — exuberant mom Linda (John Roberts), butt-crazy horse girl Tina (Dan Mintz), musically-minded Gene (Eugene Mirman) and young chaos agent Louise (Kristen Schaal) — find themselves in one workaday pickle after another, from disastrous school talent shows to annual Thanksgiving shenanigans.

But in their first big-screen outing, they find themselves with the most direct threat to their burger restaurant yet: a massive sinkhole that opens up right in front of their place, turning away customers right at the start of summer break (and the local wharf’s big anniversary event).

This setback couldn’t come at a worse time for Bob and Linda, who desperately need the foot traffic to stay afloat right as business loans start coming due. Of course, the kids have their own problems to solve, from Tina finally working up the courage to make Jimmy Pesto Jr. (also Benjamin) her “summer boyfriend” to Gene’s (Eugene Mirman) existential crisis about his musical talent, to Louise bristling against schoolyard accusations that she’s a “baby” for still wearing her iconic pink bunny ears.

But when a dead body suddenly turns up in the sinkhole, and their landlord Mr. Fischoeder (Kevin Kline) gets pinned for the murder, the Belchers will have to band together as they’ve always done to clear his name — and, selfishly, get him to give them a break on the rent. 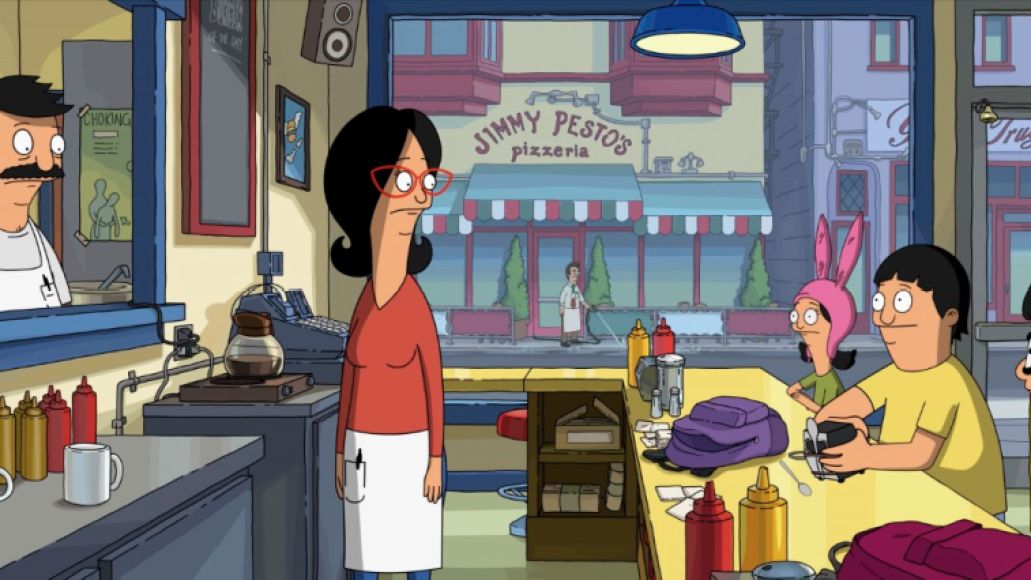 Dial B for Burger: It feels strange to get a feature-length theatrical Bob’s Burgers movie in 2022; the show, after all, is in its twelfth season, an era of any show when its cultural relevance may be dying down. And to be fair, the height of Bob’s relevance is a few years gone, and its recent seasons have felt a little repetitive from time to time. (Plus, this film was supposed to come out back in 2020, before COVID made it one of the many years-long cinematic victims of the pandemic.)

But it’s finally here, and it’s everything fans of the show could possibly expect: no more, no less. This time, the Belchers get themselves involved in a full-on murder mystery, as the kids choose to track down who really killed a down-on-his-luck carny at the wharf to save their parents from financial ruin.

Bob and Linda, meanwhile — with the help of over-eager friend and regular Teddy (Larry Murphy) — try to clandestinely operate a makeshift burger cart made from a home grill and some fortuitous 2x4s (and the sheet pan “olive bar” Teddy gleefully added to the thing). Like a good Bob’s episode, the various subplots function well enough on their own before coalescing into a big goofy climax that lets each of the game cast have their moment in the sun.