The first thing you’ll hear when spinning Liam Gallagher’s C’MON YOU KNOW is a children’s choir. In one sense, this might seem surprising. One half of the best trash-talking duo outside of professional wrestling (and likely the nastier of the two), Gallagher’s egoistic attitude is just as famous as his brit-pop tunes — just check the news. So, it’d be natural to expect to hear his famous, snarling voice right out of the gate.

Yet, where As You Were and Why Me? Why Not? both began with bluesy barn-burners that allowed Gallagher’s charismatic voice to soar, C’MON YOU KNOW kicks off with the mid-paced, building ballad “More Power” — and, somehow, it makes perfect sense. Along with Gallagher’s ego, his music’s indulgence is well-known to fans of the cocky Manchester-native. From Oasis’ Be Here Now to both of Gallagher’s previous solo efforts, stripped-back subtly is not exactly his main appeal. So, in the mind of Gallagher, why shouldn’t he start his newest record with his longest, most lavish opener to date?

Gallagher understands the potential risk of beginning his record with a bit of a surprise. Even in the ’90s, his songwriting was notable for its obsession with the traditional, plain ol’ rock and roll of the 1960s. The Beatles and The Rolling Stones were (and continue to be) his bible. And while “More Power” doesn’t stray too far from the template of something off of, say, Sgt. Pepper’s Lonely Hearts Club Band, it remains a surprising move for the 49-year-old artist. “Is this what you came for?” Gallagher repeats as the song explodes around him, seemingly speaking directly to the audience with a Gallagher-esque smirk.

Unfortunately, the remainder of C’MON YOU KNOW fails to live up to the promise of a reinvented Liam Gallagher. The record is far from a bad listening experience, but fans hoping to hear the beginning of a new era will have to wait. Fans simply excited for another crop of rock songs featuring the lead singer of their favorite ’90s band, however, are bound to be quite satisfied.

The best cuts see Gallagher embracing — and often exaggerating — the modes in which he’s previously found success. “Diamond In The Dark” is a groovy, slicked-back piece of pop-rock that brings to mind AM-era Arctic Monkeys, and the title track is an epic, five-minute call to action complete with piano stabs and a chanted outro. Other songs, like the Revolver-worshiping “It Was Not Meant To Be,” find Gallagher serving up more helpings of bite-sized psychedelic pop.

Another clear standout comes mid-way through the record with “Everything’s Electric.” The track is co-written by Dave Grohl and, man, does it show. Featuring a driving, fuzzy bass and front-and-center drums, it’s the hardest Gallagher rocks on the entire album.

Though, with similar strengths comes similar pitfalls. During the Oasis days, Liam was famously regarded as more of a performer, while Noel took most of the writing duties. He certainly contributed key tracks to Oasis’ latter era and has proven to be more than competent in the decade since the Gallagher brothers blew up the band, but there’s a clear ceiling when it comes to certain aspects of Liam Gallagher songs.

Take the lyrics of “Too Good For Giving Up” or “I’m Free.” The former is an otherwise engaging, if familiar, ballad. But with the emotional core of the song resting on the line “You’re too good for giving up,” the song forfeits its dramatic strength and becomes more akin to the kind of non-descript pick-me-up you’d find in the latest Disney+ original.

The latter is a confused protest song that, as the kids might say, is the slightest bit cringe. Lines like “you’re the sole prisoner taken in the info wars” and “you get a gun to the brain when you’re free” muddy Gallagher’s political cries. It’s a blanket attack against misinformation and the media made all the more confusing thanks to Gallagher’s middling stance on vaccines. Not even the psychedelic freak-out in the second half can distract from the awkward lyrics.

The remainder of the tracks fall somewhere in the middle. “World’s In Need” is sweet and summery, but the “sail the seven seas” line is a bit groan-inducing. “Don’t Go Halfway” and “Better Days” carry with them the bombast we’d expect from the man who sang “Champagne Supernova,” though is unlikely to win over anyone not already sold on Gallagher’s identity.

The record comes to a close with “Oh Sweet Children,” a callback to the opener in both sound and theme that nearly gaslights the listener into believing they might have just experienced a concept album. Once again, Gallagher slows down his tempo and slowly builds the track into an all-out Abbey Road frenzy. Frankly, it’s glorious, successfully pulling you back into the world of C’MON YOU KNOW. Save for a few key gems, however, the ten tracks sandwiched in between “More Power” and “Oh Sweet Children” offer mixed results.

One can likely gauge their enjoyment of the album based on their reception of the singles. If you loved them, strap in, because you’re in luck. If not, feel free to skip around the track list to find what interests you. It’s that sentiment that characterizes the album. Though Gallagher may have quoted the album as “80 percent madness and 20 percent classic” leading up to its release, the reality may be closer to the opposite.

This does not necessarily constitute a valueless record — twenty percent madness is still pretty out there for the traditionalist Britt — but while fans will justifiably find a lot to love, anyone holding their breath for a shift into experimentalism is going to have to go without oxygen until LP4. 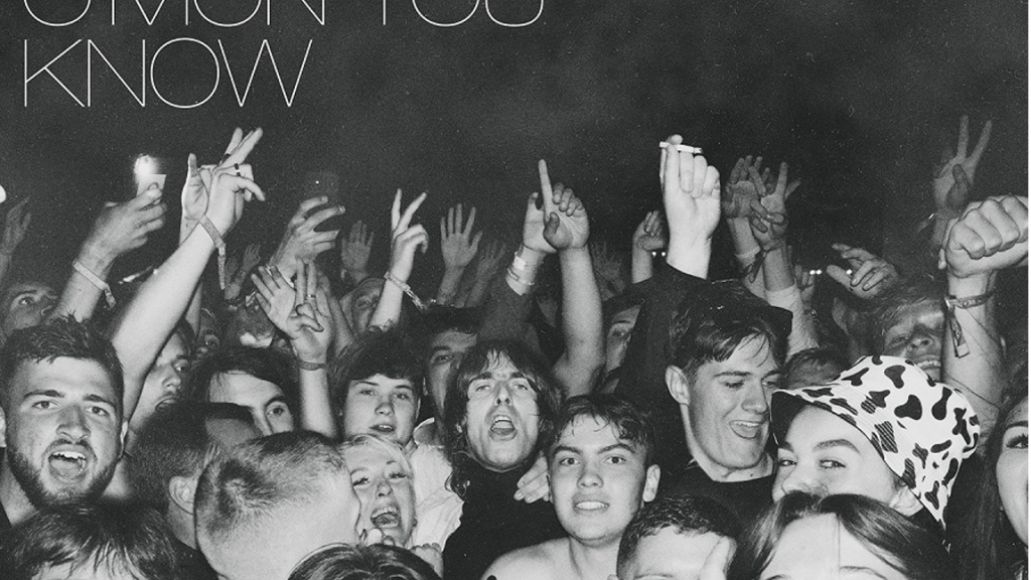