The guests have been revealed for Season 4 of David Letterman’s Netflix talk show My Next Guest Needs No Introduction, and they include Will Smith, Billie Eilish, Cardi B, and more. The new episodes debut on Friday, May 20th.

The fourth season of the former Late Show host’s longform interview series returns with six episodes rounded out by Kevin Durant, Julia Louis-Dreyfus, and Ryan Reynolds. There’s no word yet on whether the series will return to its audience-oriented format, which was adjusted to location shoots in the middle of Season 3’s production due to the onset of the pandemic.

The press release does note that all episodes were filmed before March 2022, meaning the topic of Smith’s controversial Oscars slap will not be broached in his sit-down with Letterman, though there’s still plenty to discuss from his 2021 autobiography Will. The show will also be mum on Eilish’s Oscars win and Reynolds’ latest Netflix vehicle The Adam Project, though the streamer might be just fine with the interview focusing more on their previous collaboration Red Notice.

My Next Guest’s first season, which premiered in 2018, featured guests including former president Barack Obama, JAY-Z, and Tina Fey. Season 2 kicked off with a revealing Kanye West interview followed by the likes of Ellen DeGeneres, Tiffany Haddish, and Melinda Gates. In the shortened Season 3, Dave hosted Kim Kardashian (West, at the time), Dave Chappelle, Lizzo, and Robert Downey Jr.

Letterman most recently dug back into his nightly talk show archives to launch an official YouTube channel full of iconic segments and interviews from his time hosting NBC’s Late Night and CBS’ Late Show. Since stepping down from the CBS staple in 2015, Letterman has maintained a lengthy white beard, which he sports once again on the new promo artwork below. 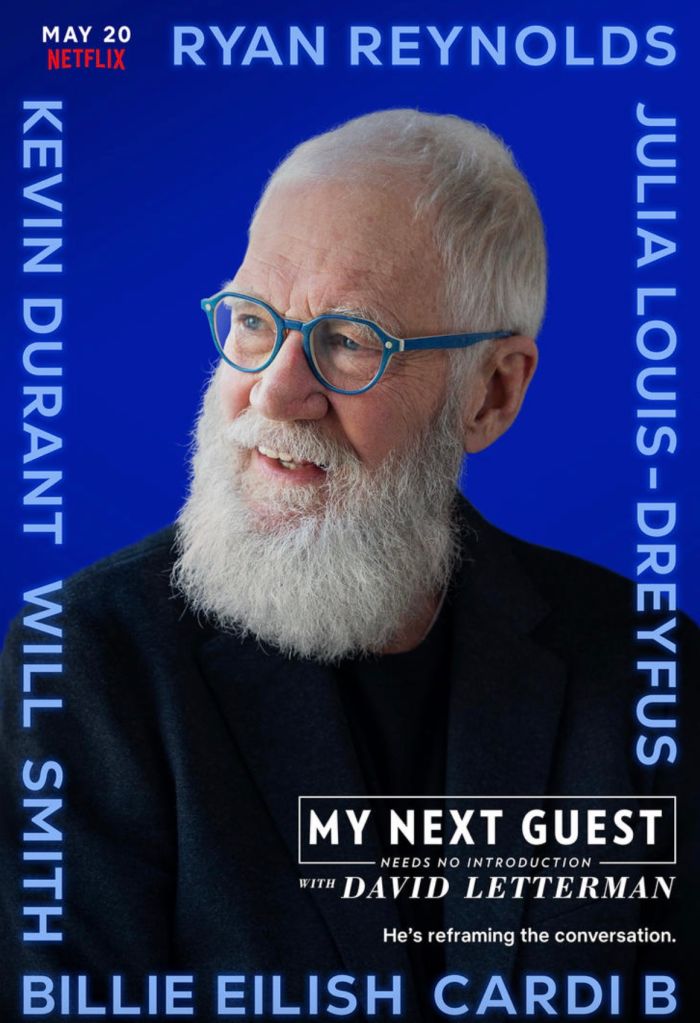