With our Track by Track series, we ask artists to give insights into every song on their newest release. Today, Delta Spirit aren’t just giving us the inside scoop on One Is One, they’re giving us an early listen to the full album.

Delta Spirit returned from a six-year hiatus in 2020 with What Is There, a statement piece of a comeback LP. Without any in-person promotion or touring to be had while much of the industry was shut down, the band began working on a follow-up before the album was even out. Today, Delta Spirit are sharing an early listen at those efforts, debuting their new record, One Is One, ahead of its official release.

Written in the summer of ’20 and eventually finalized during sessions in New York and Vermont, One Is One was produced by the band alongside Jason Kingsland (Band of Horses), with Matt Pence (Jason Isbell) handling mixing. As always, the 10-tracks find Delta Spirit in adventurous form, exploring elements both classic and unpredictable.

There’s a heavy electronic touch, with synths leading the way on songs like “Villains” and the dark, dance-y vibes of the title track. “What’s Done Is Done” gives fans their dose of rollicking guitar licks and driving vocals, while “Jane Pauley” delivers thoughtful, surprising Americana. All of it feels considered yet cinematic, whether it’s the epic “The Beginning” or the pastoral “Thoughts on Seneca.”

Though there’s no need to take our word for it: You can listen to One Is One before its May 20th release via the YouTube playlist below. Then, read a complete Track by Track breakdown from Delta Spirit’s own Matthew Logan Vasquez and Kelly Winrich.

Pre-orders for the album are available at New West Records.

“Villains”:
“Villains” is about finding love, and growing up to keep it. I was an absolute mess when I first met my wife. We were just friends for three years before it was even in the realm of possibility that we’d get together. Nayarit is a region in Mexico where I convinced her to be my girlfriend. It’s a special memory I think about often and wanted to commemorate it. — Matthew Logan Vasquez

“One Is One”:
“One Is One” is about creating a daily practice of spirituality. Nothing too fancy,  just something simple that works. Deciding to have a grateful outlook can do wonders. — M.L.V.

“What’s Done Is Done”:
I heard a song in a clothing store. Don’t remember which store, let alone who or what song it was, but a lyric jumped out at me — “What’s done is done” — and I found myself connecting specifically to that lyric. At that time, I was in what I think was the anger stage of grief, and felt compelled to write a song to express that anger about a specific person. Demoed on my laptop using only midi instruments, I sent it to the band. Matthew then sang a vocal for it to replace mine. We completely re-recorded the instruments for the album version, but Matthew’s demo vocal endured to the finish line. — Kelly Winrich

“Lottery Ticket”:
“Lottery Ticket” is about my journey within the 12 step program. I still don’t really know how to articulate that other than write songs about it, but I got sober three-and-a-half years ago and I’m alive today because of the 12 steps and my recovery family. — M.L.V.

“Pick It Up”:
“Pick It Up” is about the inevitable disconnect in a relationship when two partners are geographically separated for too long. It’s one thing to suffer for your art, it’s another thing to bring a partner or even a family into the equation. It’s hard and at times they deserve better, but it’s what makes me tick and they know it and support me 100%. — M.L.V.

“The Beginning”:
I wrote the first iteration of this song back in 2015. Originally without verse lyrics, only the chorus lyrics. I liked the age-old ‘what if’ idea going back in time, knowing what you know now — what would you do differently? The lyrics are in the context of a past relationship. The verse lyrics came in 2019 when I split with my ex of five years, and it took on a whole new meaning. Since the addition of the verse lyrics, the song went through four drastically different recorded iterations! My original solo demo, a Delta Spirit demo, a Matthew demo, and then finally the version you hear on the record. I’m happy with the way it finally turned out. A lot of cool production elements and big epic drums. — K.W. 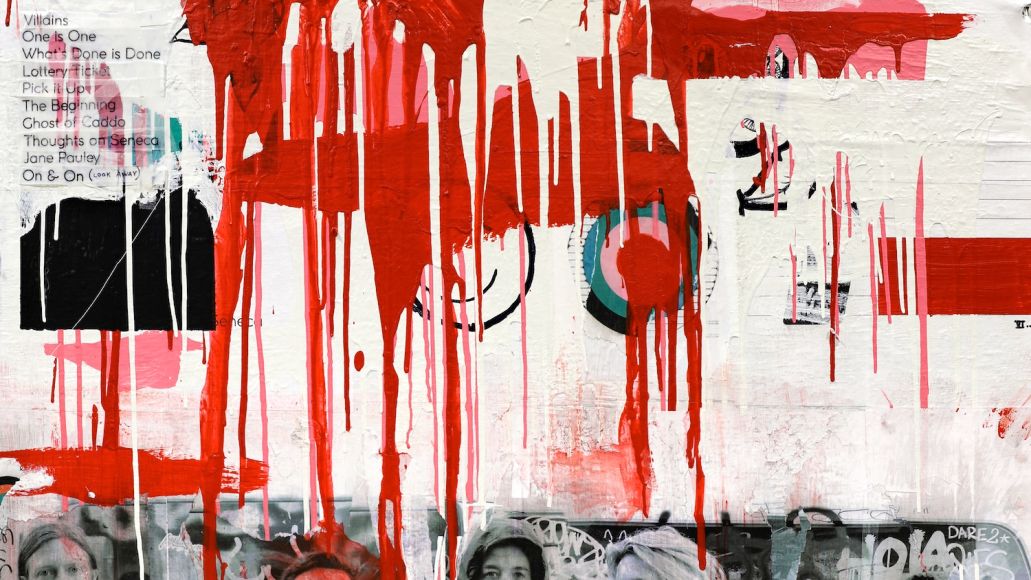 “Ghost of Caddo”
Caddo Lake is a spooky place in Texas that I thought deserved a song. Why not add ghosts and witches, not to mention alligator gar? Sometimes it’s fun to write a story for story’s sake. — M.L.V.

“Thoughts on Seneca”:
My friend Ryan gave me a book called The Daily Stoic and I brought it into my daily spiritual practice for a time. The stoic outlook of being our own worst enemy hits home. — M.L.V.

“Jane Pauley”:
Over the pandemic, my mom‘s favorite show CBS Sunday Morning has become a weekly tradition in our home. They serve up the daily news with a spoonful of sugar, and we’re so grateful for it. It’s not an “us vs. them” type of program. I love that! That’s why I wrote the song. — M.L.V.

“One and One (Look Away)”:
This song was born out of one of the first times Delta Spirit reconvened in the studio after our long hiatus. We just hit record to see what would happen. Originally Matthew’s ad libbed lyrics were, “You gotta let it out, you’re an animal.” I really liked the chord progression, but couldn’t quite figure out a way to incorporate the original ad libbed “animal” lyric, so I changed it to “on and on” and the lyrics became a study on time and letting go. The chorus lyric, “Look Away,” is metaphorically insinuating letting go of what you can’t control.