The Pitch: Nothing good ever happens when Dr. Stephen Strange (Benedict Cumberbatch) hangs around with teenagers. In Doctor Strange in the Multiverse of Madness, the master of the mystic arts happens to be attending the wedding of his ex-girlfriend Christine (Rachel McAdams) when a strange commotion outside leads him to encounter a young woman named America Chavez (Xochitl Gomez), born with the ability to hop from alternate universe to alternate universe, and in serious danger because of it.

It’s not just America’s life that’s in danger, though — the fate of not just our universe but the entire multiverse is at stake, as dark forces want to steal her abilities for themselves. To save the day, Doctor Strange will have to work with both old pals like Wong (Benedict Wong, forever the best) as well as some new friends… specifically, new friends who look a lot like old pals, because when the multiverse is involved, who knows what, or who, you’re going to get.

No Spoilers, But You Might Do a Little Homework: That plot description above is about as vague as one can get without revealing the biggest surprises of Doctor Strange in the Multiverse of Madness, a film that builds upon the established MCU (and beyond) to deliver some of its biggest twists. It’s a bold movie that constructs a sequence that might be the platonic ideal of fan service, but puts it towards the middle of the film — a choice that actually works to the movie’s advantage, keeping the overall narrative focused on the guy whose name is in the title.

Multiverse of Madness establishes the Phase 4 trend of projects which kinda-sorta require the viewer to not just be up on all of the theatrically-released MCU films, but also the Disney+ shows: In this case, WandaVision is the most important one, as the film also continues Wanda’s (Elizabeth Olsen) story following the events of that show’s finale. (Though you might brush up on What If…? as well, if you’re planning to study up.) 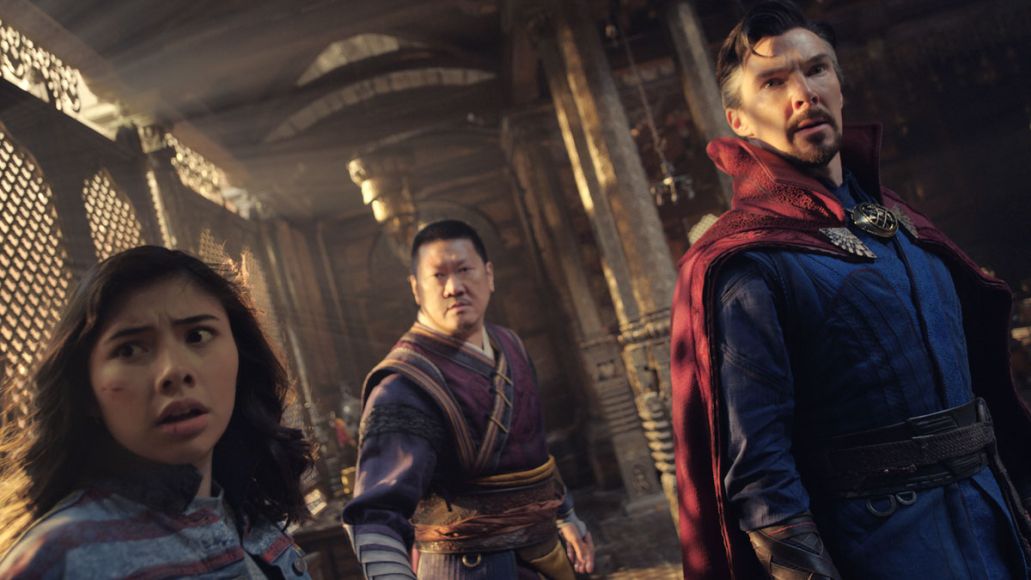 Doctor Strange in the Multiverse of Madness (Disney)

Everyone In This Cast Is Oscar-Worthy: Doctor Strange as a character has been a difficult one to root for more often than not, perhaps because his primary personality trait has always been, essentially, arrogance and not much else. Still, Cumberbatch delivers some necessary pathos to the film, even while working through what ends up being a pretty minimalist character arc.

Xochitl Gomez was already a breakout star as the original Dawn on Netflix’s The Baby-Sitters Club (she was recast for Season 2 due to her filming commitments here) and her future potential seems vast. And, once again, Benedict Wong is the best, and if he’s never going to get a solo Wong adventure then the least he can do is keep showing up in other MCU projects.

Olsen has a lot of extremes to balance as Wanda, but brings such emotional intelligence to the role that you never question the character’s intent. Also, if nothing else, this film does not repeat the egregious sin of its predecessor, and Rachel McAdams gets to do some stuff. Okay, it’s not a lot of stuff, and she’s still not much of an actual character, but she’s far more present and engaged here than she was in the first movie (bet you maybe even forgot she was in it).