Echo and the Bunnymen will celebrate their 40th anniversary by embarking on a North American tour in Summer 2022.

Titled “Celebrating 40 Years of Magical Songs,” the trek kicks off on August 15th in Atlanta and includes stops in Austin, Los Angeles, Toronto, New York City, and Philadelphia. It will wrap in Washington, DC on September 17th.

See the full itinerary below. Tickets are available now via Ticketmaster.

“I can’t wait for this upcoming tour of America and Toronto. It will be a continuation of the UK tour we did in February/March of this year which was my favourite ever tour,” said frontman Ian McCulloch in a statement. “Some new magical ingredient had been added to the starlight and the moonbeams and the angels and the devils that live inside the songs.”

He added, “I love, and the band love touring around America at any time but the experiences of special night after special night in the UK makes me certain we will take the shows up another level or two in the USA. See you soon.”

In advance of the tour, Echo and the Bunnymen will open for the Rolling Stones at Liverpool’s Anfield Stadium in June and make a handful of festival appearances. The group’s last album was The Stars, The Oceans & The Moon in 2018. 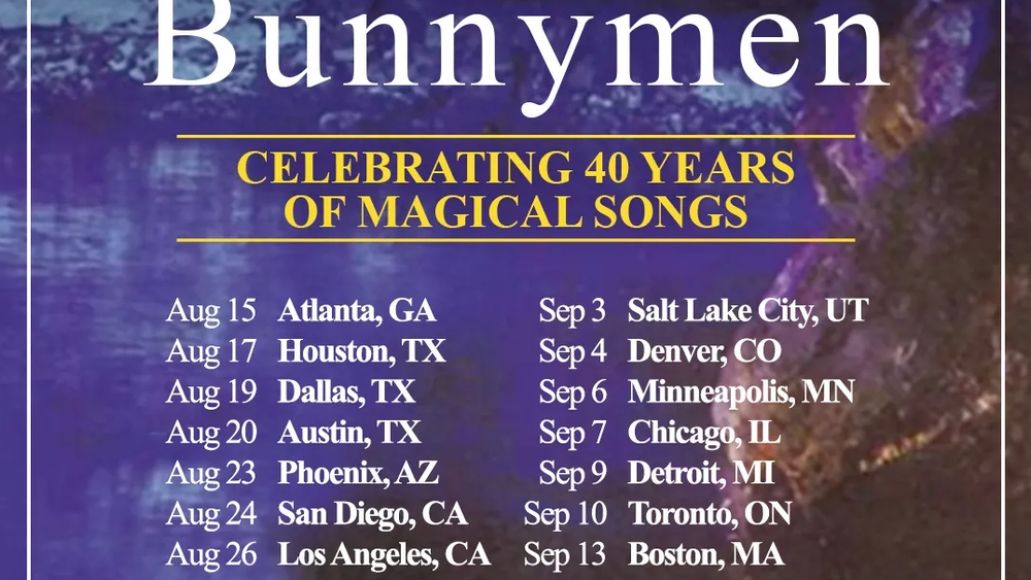