Newly inducted member of the Rock and Rock Hall of Fame Eminem has reissued The Eminem Show with 18 bonus tracks for its 20th anniversary. Stream the LP below via Apple Music or Spotify.

The deluxe reissue includes B-sides, a previously unreleased song called “Jimmy, Brian and Mike,” a swath of live tracks, and eight instrumentals. These songs are tacked onto the original 20, which featured hit singles like “Without Me,” “Cleanin’ Out My Closet,” and “Sing for the Moment.”

Inspired by the Jim Carrey-starring film The Truman Show, the album saw Em exploring his place in hip-hop and the pressures of fame, while also going into political territory with criticism of George W. Bush, Lynne Cheney, and the War on Terror. It also marked the Detroit rapper’s leap into production, with much of the LP co-produced with longtime collaborator Jeff Bass.

Physical editions of The Eminem Show (20th Anniversary Expanded Edition) will be available later this year, including a 4xLP vinyl set, CD, and cassette.

This past weekend, Em interrupted Pete Davidson’s final rap video on Saturday Night Live. In addition to being inducted into the Rock Hall, he recently became the RIAA’s most-awarded musician for singles in history. In February, he participated in a Super Bowl halftime performance alongside Dr. Dre, Snoop Dogg, Mary J. Blige, and Kendrick Lamar, the latter of whom Em publicly praised for his latest album, Mr. Morale & The Big Steppers. 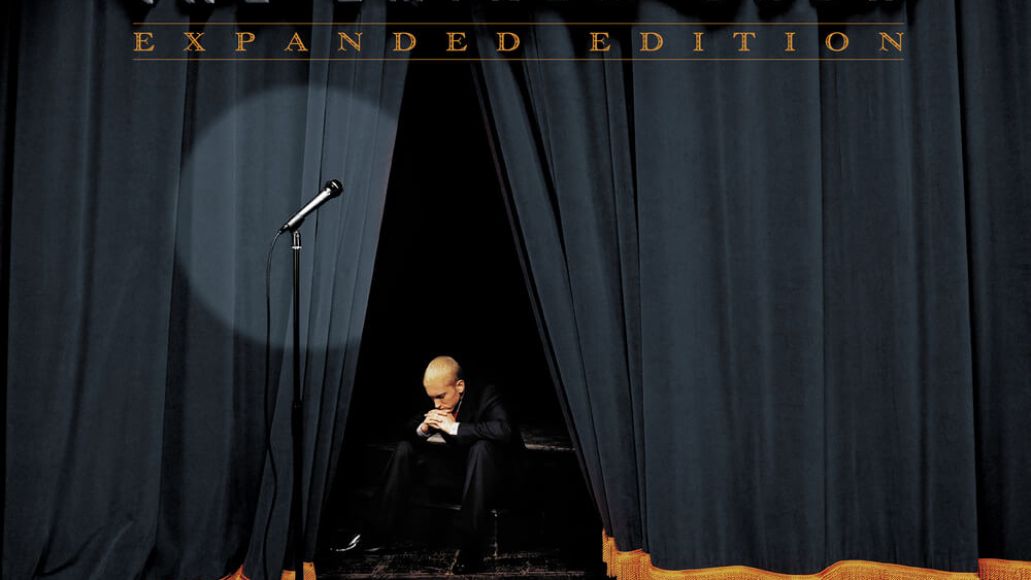