Five Finger Death Punch have detailed the release of their forthcoming album, Afterlife. Ahead of their ninth studio LP, which will arrive August 19th, the band has unleashed a second single, “IOU.”

Previously, 5FDP released the title track, but revealed no further details about Afterlife, other than its title. In addition to the release date, the band has also unveiled the cover artwork and tracklist, comprised of 12 songs.

As it turns out, Five Finger Death Punch’s recently announced 2022 US tour with Megadeth will kick off on the same day Afterlife is released. The outing, which also features support from The HU and Fire From the Gods, runs through an October 15th show in Salt Lake City, Utah. Tickets are currently available via Ticketmaster.

Regarding the new album, guitarist Zoltan Bathory stated, “Afterlife was hands down my favorite record to make. It is our ninth album so at this point, we have legions of loyal fans, and our signature sound is more than established. It became its own island, our ground zero we operate from and we can always come back to. So when we started this record, there was an excitement of impending musical adventures, we knew we could step away as far as we wanted to, there was a freedom of truly ‘anything goes.'”

Check out the lyric video for “IOU” below, followed by the artwork and tracklist for Afterlife. Pick up tickets to 5FDP’s tour with Megadeth, The HU, and Fire From the Gods here. 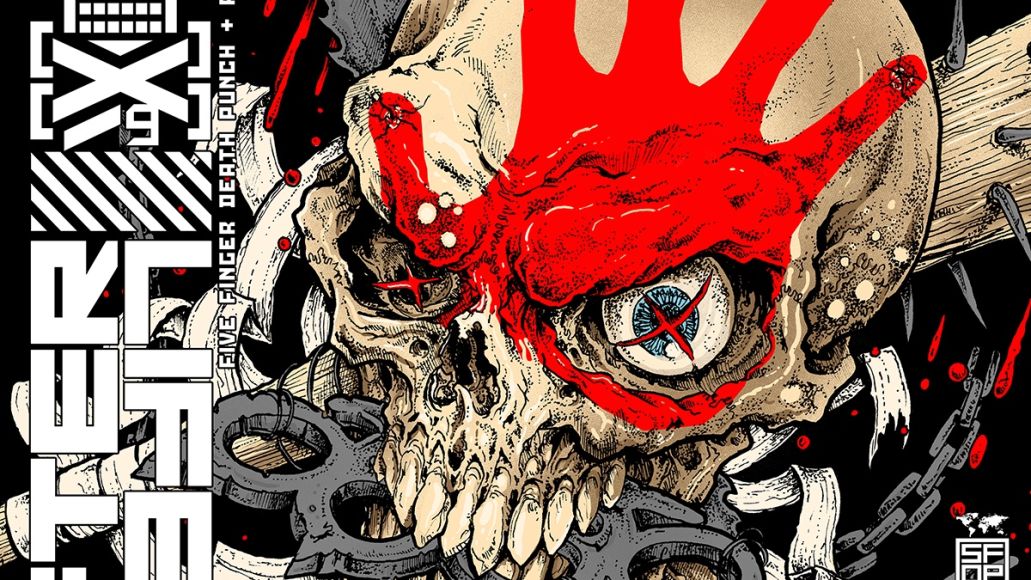