Welcome to Harry’s House: The third studio album from Harry Styles is here.

Styles announced Harry’s House, his follow-up to 2019’s Fine Line, back in March with a brief teaser trailer. Lead single “As It Was” — which we crowned Song of the Week — followed shortly thereafter. Styles then premiered the cuts “Boyfriends” and “Late Night Talking” during his weekend one set at Coachella last month.

Although the 13-track LP conveniently shares its name with a 1975 Joni Mitchell tune, the title Harry’s House is actually a nod to Japanese pop legend Haruomi “Harry” Hosono. As Styles explained during an interview with Apple MusicL “[Hosono] had an album in the ’70s called Hosono’s House, and I spent that chunk in Japan; I heard that record and I was like, ‘I love that. It’d be really fun to make a record called Harry’s House.'” Either way, Styles was probably happy to hear that Mitchell approves of the album name.

Across the tracklist, Styles is joined by contributors like Blood Orange, John Mayer, Tobias Jesso Jr., Pino Palladino, and more. Stream Harry’s House via Spotify or Apple Music below.

Also at Coachella, Styles invited Shania Twain and Lizzo onstage to duet “Man! I Feel Like a Woman!” and the One Direction classic “What Makes You Beautiful,” respectively. Today also marks the kickoff of his worldwide 2022 “Love On Tour,” which includes residencies in New York City, Austin, Chicago, and Los Angeles; check ticket availability over at Ticketmaster. But if you can’t catch Styles on tour, you can see him share the silver screen with Florence Pugh in Olivia Wilde’s forthcoming psychological thriller Don’t Worry Darling. 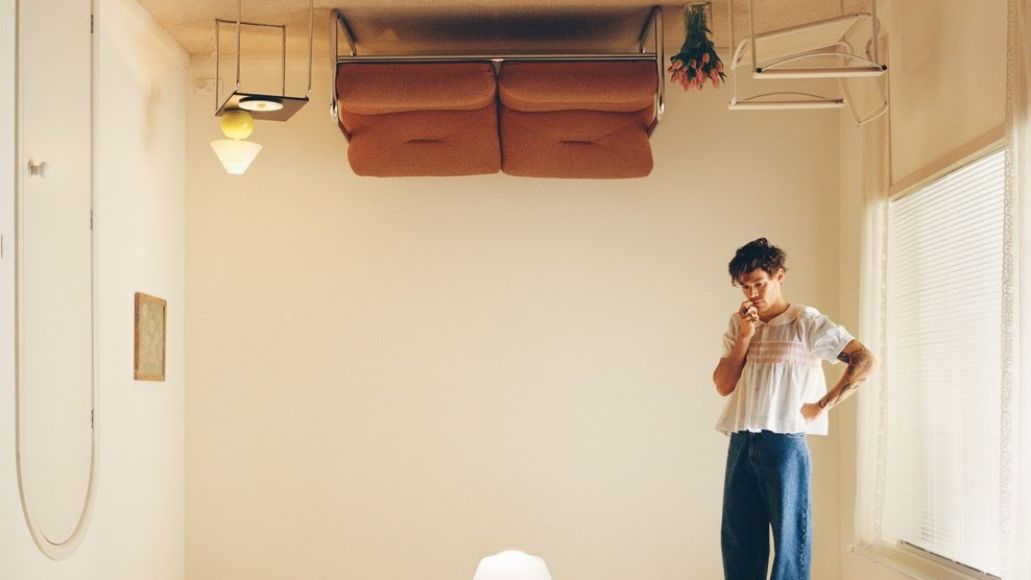