The Pitch: Amidst the post-SNL sketch show boom of the ’80s and ’90s, The Kids in the Hall stood head and shoulders above the pack. The fivesome of fresh-faced Canadian absurdists — Dave Foley, Bruce McCulloch, Kevin MacDonald, Mark McKinney, and Scott Thompson — felt fresh, new, and exciting; their material was edgy and provocative in a way that still leaned into Pythonesque silliness, ruffling feathers without the pain of plucking them.

While the five have worked together off and on since the Lorne Michaels-produced show’s cancellation (most notably, in their film debut flop Brain Candy, plus heaps of touring shows across North America in recent years), it took Amazon to bring them back from their 17-year hibernation from sketch television.

And here they are, not as young as they used to be (as they’ll be the first to tell ya) but with their comedic sensibilities as sharp as ever. They may not be kids anymore, but in a lot of ways, their comedy feels ageless.

These Are the Daves I Know, I Know: In a lot of ways, this new Kids in the Hall is playing straight to their existing cult of core fans, digging (in some cases literally) their old material from the graves in which they sat for nearly two decades. The opening sketch bears out that sense of world-weariness, that furtive step back into the limelight for five white Canadian dudes nearing their sixties: a Lorne Michaels type (McKinney) commissions the revival of the Kids after a garage sale finally makes Brain Candy a profitable film.

The Kids are dug back up from their mass grave; they balk at their wrinkled, sagging bodies. “Am I still the cute one?” Foley asks feebly. It’s fantastically dark stuff, goofy and fatalistic in the way only the Kids can really pull off — this time elevated with Amazon-level production values and more localized Canadian references than you can shake a loony at.

Honestly, the smartest move the Kids make is in leaning into their status as legends and, in some ways, relics. They’re old white men, after all, and they know they’re hardly the freshest voices in comedy anymore; but paradoxically, that gives them the license to poke fun at their own out-of-touch-ness without it reading as acquiescence. 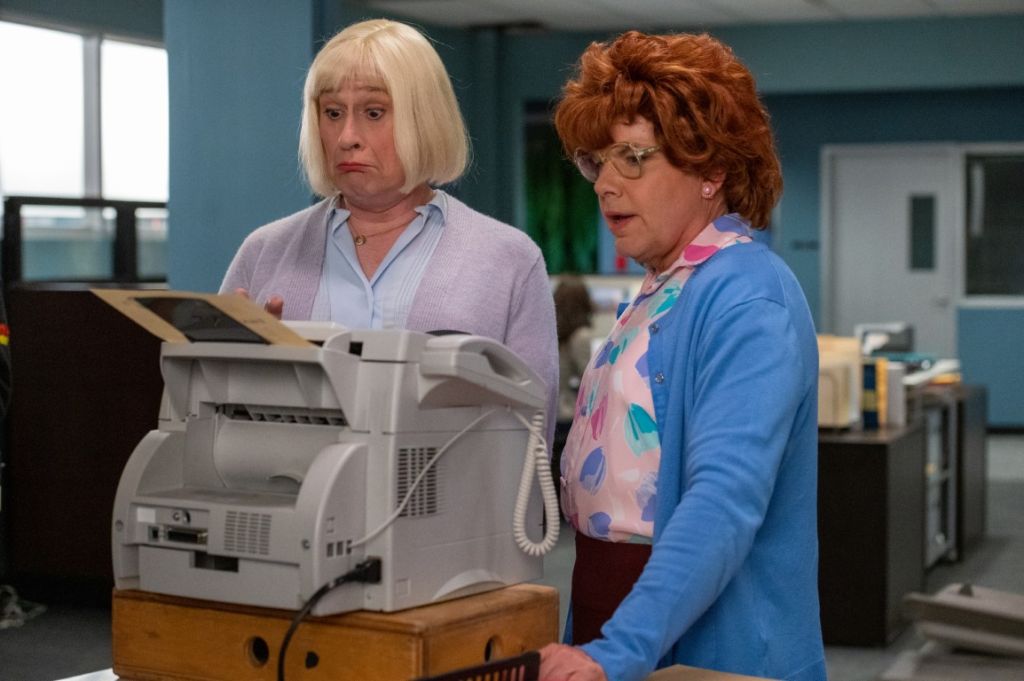 Kids in the Hall (Prime Video)

Sixty and On the Pole: But for all the freshness of their new material, there’s also a sense of legacy, of saying goodbye, giving one last bow and running offstage while they can still get away with it. When they bring back old favorite characters, it’s often to eulogize what they represented.

For the pioneering Buddy Cole (Thompson), it’s the AIDS-era urban gay saying goodbye to the last glory hole in Toronto (and with it, the last vestiges of a queer culture that hadn’t yet hit mainstream visibility). For Kathie (McCulloch) and Cathy (Thompson), it’s the heady weight of sending the last-ever fax, the death knell of busybody office culture.

Even Bruce McCulloch’s inquisitive tot Gavin gets a sixty-something encore, the clearly old man still babbling nonsense in colorful sweatsuits before someone in the waiting room clocks his age. The cast remain amazing physical comedians, leaning into the bulges and sags of their advancing years and turning them into comic weapons. Want to see a naked man in his sixties, stripping down because the cops are looking for suspects with clothes on? Try two! Hell, try five of them, all working as male strippers for a very specialized audience.

The gags are as tight and droll as ever, but often tinged with an element of melancholy that makes the laughs that much sweeter. It’s clear that the revived Kids in the Hall feels like Amazon responding to the smash success of I Think You Should Leave with Tim Robinson, as the two shows share a deep and abiding love for dark escalation. One recurring sketch follows a radio DJ (Foley) doing his best to man the last radio station on Earth after the apocalypse, sulking in his bunker playing his sole remaining record — Melanie’s playful ’60s pop song “Brand New Key” — on and on till the end of time. 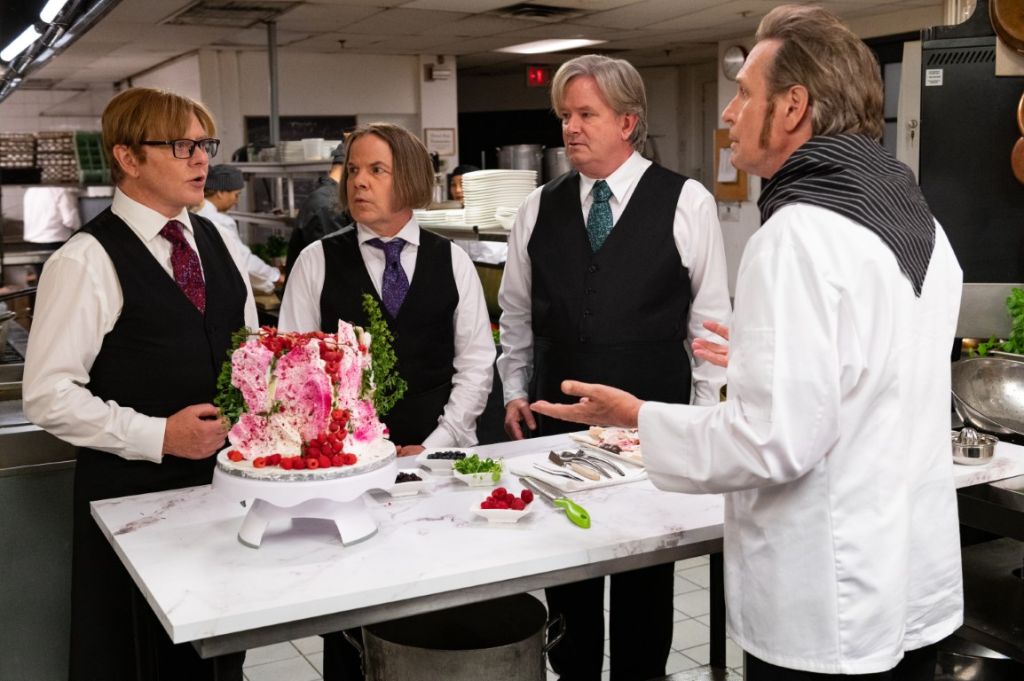 Kids in the Hall (Prime Video)

Sketches morph and shift from moment to moment,  rarely ever ending on the same premise they started with. An antique-shop negotiation turns into a meta-textual realization that they’re living out a “classic Kevin MacDonald sketch,” high-pitched character voices and all; a restaurant patron calling the chef’s signature tarte a “pie” sends him and the waitstaff into an existential crisis. The fact that comedy veterans this veteran can still surprise us feels downright invigorating to watch.

The Verdict: Like any sketch show, not all of it works: the “Friends of Kids in the Hall” interstitials are a fun distraction (and an acknowledgment that their influence has touched many people in comedy, from Pete Davidson to Catherine O’Hara and beyond), but hardly gut-busters.

But if you grew up in the 1990s, a latchkey kid glued to the television waiting for that signature surf-guitar riff from The Shadowy Men on a Shadowy Planet, there’s little doubt that the revival will give you those same feelings all over again. It’s more cinematically presented, and the players move a little bit slower now. But in their brains and their sensibilities, they’ve still got it where it counts. If this is the last bow for the Kids, fans will be happy. But don’t blame us for wanting five more seasons of this.

Where’s It Playing? The Kids in the Hall crawls from the grave to crush your head on Prime Video May 13th.