In the days leading up to the Met Gala, Reddit sleuths predicted Kim Kardashian would wear a form-fitting dress made famous by Marilyn Monroe. On Monday night, Kardashian proved them right by walking the red carpet in a historic gown worn by the Hollywood icon.

Worn by Monroe on May 19th, 1962 while singing “Happy Birthday” to President John F. Kennedy at Madison Square Garden, the Jean Louis-designed dress originally cost $12,000 and was so tight Monroe had to be sewn into it prior to her performance. In November 2016, the sparkling flesh-colored gown was acquired from Julien’s Auctions by Ripley’s for a record-setting $4.8 million.

It’s up for debate whether the gown fits this year’s theme, “In America: An Anthology of Fashion.” The Met Gala invite asked attendees to embody Gilded Age New York, a period that took place from 1870 to 1900 in which women’s dresses featured far more fabric than Monroe’s look.

Speaking to Vogue on the Met Gala’s red carpet, Kardashian said she lost 16 pounds in order to fit into the dress. She also only wore the gown for a few minutes before changing into a replica. “I would never want to sit in it or eat in it or have any risk of any damage to it and I won’t be wearing the kind of body makeup I usually do,” Kardashian explained. “Everything had to be specifically timed and I had to practice walking up the stairs.”

Last week, Redditors pieced together apparent hints Kardashian has been revealing about her Met Gala plans, including the reality star telling Access Hollywood in early April that her dress couldn’t be altered.

“It really depends if I fit into my dress, so I hope I’m going. I think it will be up to the last minute because it can’t be tailored, so I have to fit in it exactly,” she explained, before quipping, “We will see if I can shapeshift for the night.”

More recently, Kardashian and Pete Davidson reportedly spent several hours at Ripley’s Believe It or Not museum in Orlando, where the gown has been on display. 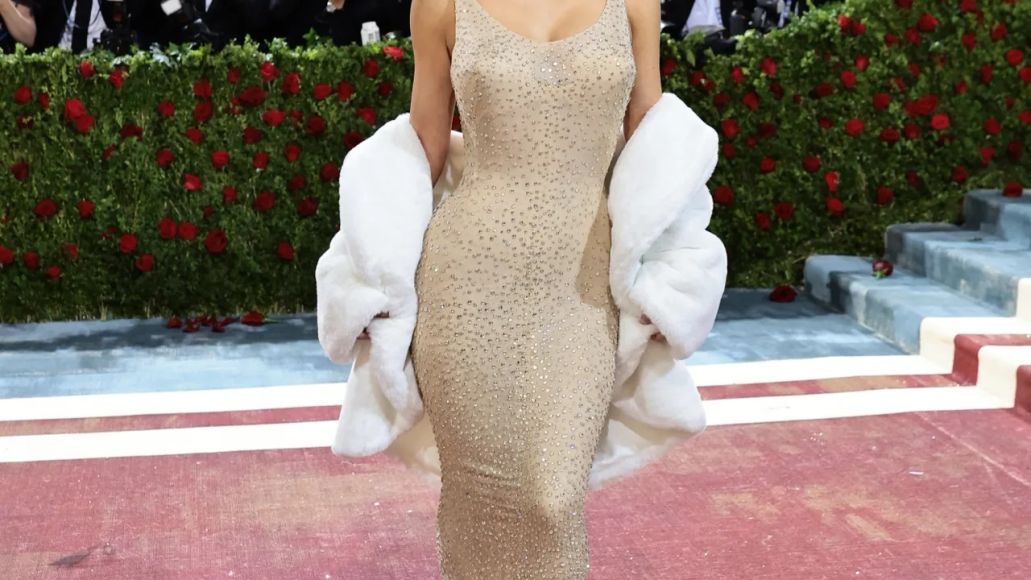