Lzzy Hale and Gibson have unveiled the Explorerbird signature model, continuing the ongoing partnership between the Halestorm frontwoman and the guitar maker.

The Explorerbird is the first ever Gibson guitar with an Explorer body/neck and a Firebird headstock. The hybrid axe is the fourth collaboration between Hale and Gibson.

“As synonymous as lipstick and leather, the ExplorerBird brings two iconic worlds together,” remarked Lzzy Hale in a press release. “This guitar is a statement and celebration of owning what makes you stand out. Because no one has ever made history by playing it safe.”

Combining the body shape of the classic Explorer and a Non-Reverse Firebird headstock, the Explorerbird sports striking Cardinal Red nitrocellulose lacquer finish. Appointments include gold hardware and frets with gold screws and rods on the “70s Tribute” pickups. It includes a Gibson Modern Series hardshell case.

“The new Lzzy Hale Explorerbid, is the result of two years of testing with Lzzy at the Gibson Lab, and on stage with Halestorm,” commented Gibson Brands president Cesar Gueikian. “We started with the idea of merging her favorite shape, the Explorer, with the iconic Gibson Firebird, and the result is this new guitar, in cardinal red. It sounds as epic as it looks!”

Hale and Gibson even shared a humorous “making of” video, which sees Hale prepping the Explorerbird cooking-show style. After dicing up some ingredients and taking a rather large pull of whiskey, Lzzy shoves her creation into the oven: “Let’s cook this f**ker.”

When the timer dings, Hale pulls the red-hot guitar out of the oven before joining her band for a short performance clip. All in all, it’s a highly entertaining teaser for the fresh signature model.

Halestorm Announce Summer 2022 US Tour with The Pretty Reckless

The Lzzy Hale Explorerbird retails for $2,799 and can be purchased via Gibson or on Reverb. Meanwhile, you can catch Halestorm on their upcoming tour with The Pretty Reckless. Get tickets via Ticketmaster.

Watch the promo video for the Explorerbird and see a close up of the guitar below. 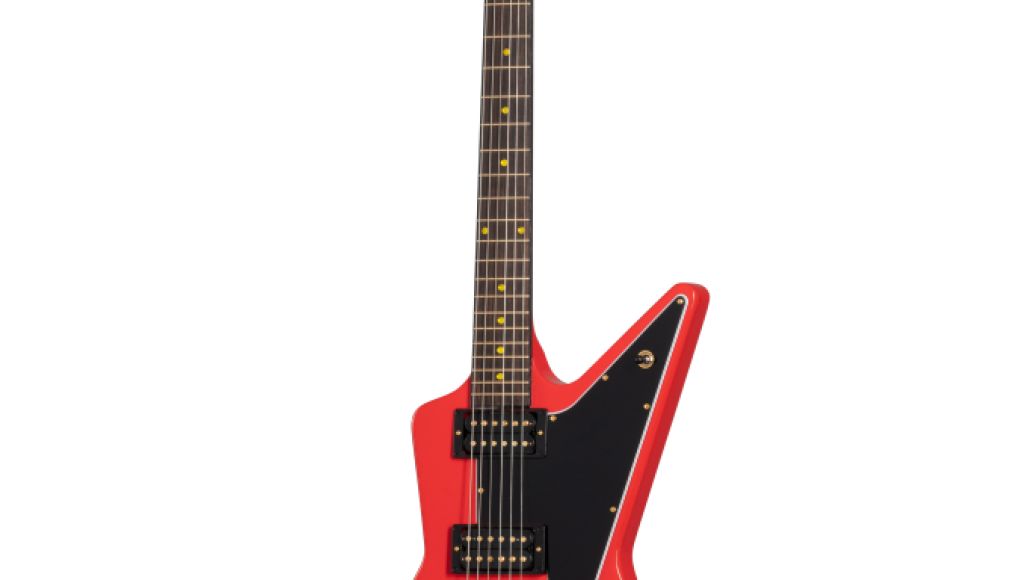