Spanning most of September and October, the 33-date outing will see King playing the biggest shows of his young career, including multiple nights at New York’s Beacon Theatre, Nashville’s Ryman Auditorium, and Atlanta’s Tabernacle. He’ll be joined on the road by Neal Francis and Ashland Craft, as well as comedian Dean Delray. Check out the full schedule below.

A Live Nation ticket pre-sale is set for June 1st at 10:00 a.m. local time (use code: DAZZLE), with a public on-sale following on June 3rd. Tickets are available via Ticketmaster.

King’s new album, Young Blood, is due out on August 26th. Along with today’s tour announcement, King has shared a new music video for the album’s lead single, “Hard Working Man,” which you can watch below.

Young Blood serves as the follow-up to King’s 2020 debut, El Dorado. That year, the South Carolina native spoke to Kyle Meredith about the project, taking inspiration from Willie Nelson, his Grand Ole Opry debut, what Beatles song he listened to every morning before school, and singing about whiskey. You can revisit the conversation here. 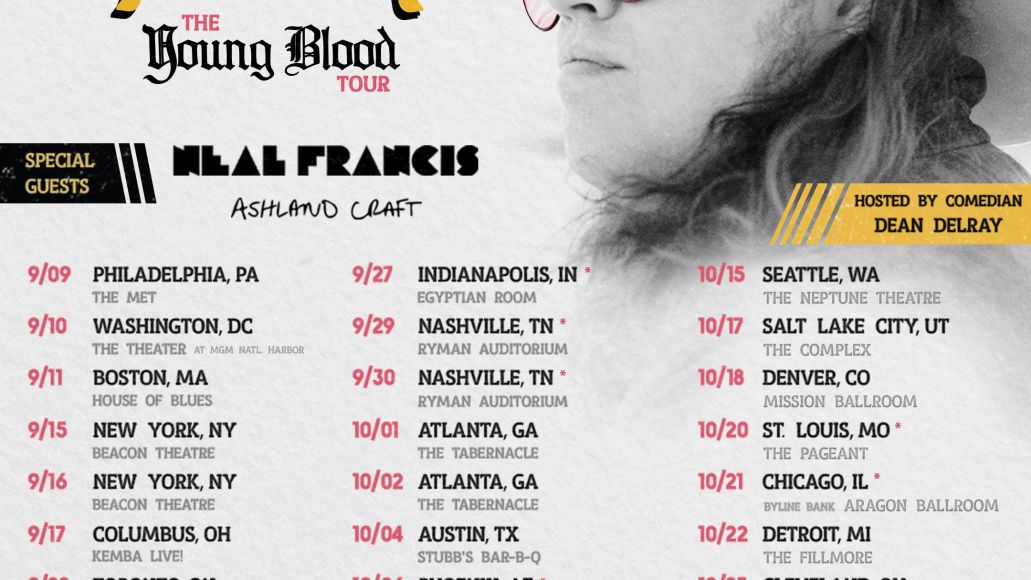