After 15 years and dozens of films and TV shows, the Marvel Cinematic Universe has become not just a seismic force in present-day pop culture, but a narrative feat that has become much bigger than the sum of its parts. And what proves fascinating to study is how its version of pop culture differs (and how it doesn’t) from the pop culture we currently enjoy here in this reality.

Here in the 21st century, to make jokes about movies or TV shows or fairy tales or video games is to basically speak a whole other language, one which unites people across borders, making us all that Leonardo DiCaprio GIF. Or, to use a more relevant reverence, that Steve Rogers GIF.

So it of course feels natural to hear Tony Stark (Robert Downey Jr.) call Loki (Tom Hiddleston) “Reindeer Games” in 2012’s The Avengers, or watch Peter Quill (Chris Pratt) repeatedly mention his love for the film Footloose. But then you start to drill down a little deeper into what kind of references being made — and some fascinating trends emerge.

The time is right to explore this now, at this particular point in the history of the MCU, because while this wasn’t necessarily the case when Iron Man premiered in 2008, the characters who populate the MCU live in a very different universe than present-day Earth.

Earth-616, as Doctor Strange in the Multiverse of Madness just officially defined it, is a planet where the existence of aliens is commonly accepted, superheroes of all types are considered just another type of celebrity, and everyone’s still coping with the trauma associated with half the population vanishing for five years.

Much like big events like 9/11 and the pandemic have affected pop culture on our Earth, it’s only rational to assume that the 2012 attack on New York and the Blip would affect what Hawkeye sees when he turns on his television. 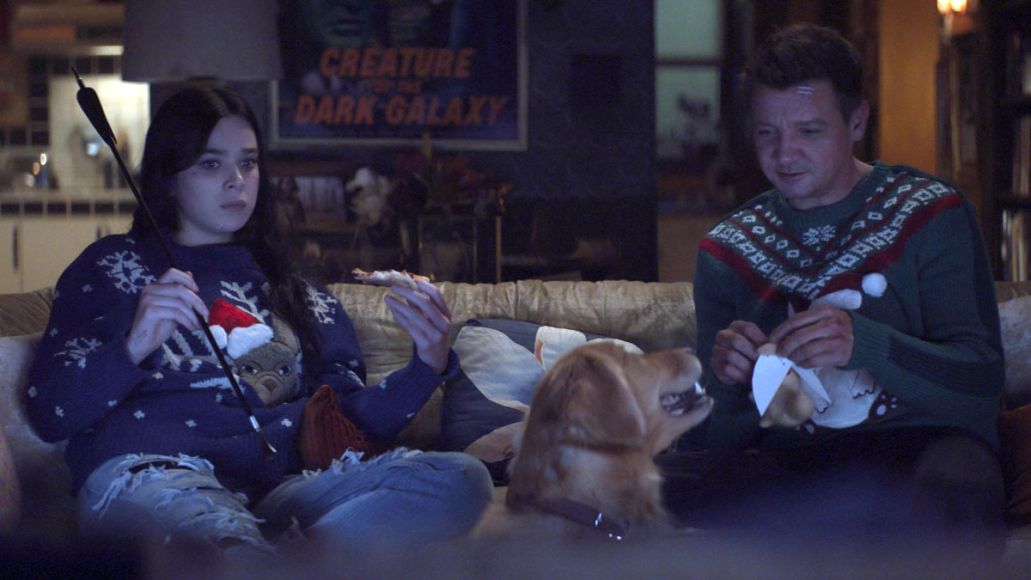 And within the MCU, we see certain commonalities in the kinds of references being made — touchstones establishing that within this specific universe, certain things remain constant: Like, for example, the existence of Star Wars, not to mention all of these other media properties… (Click to expand.) 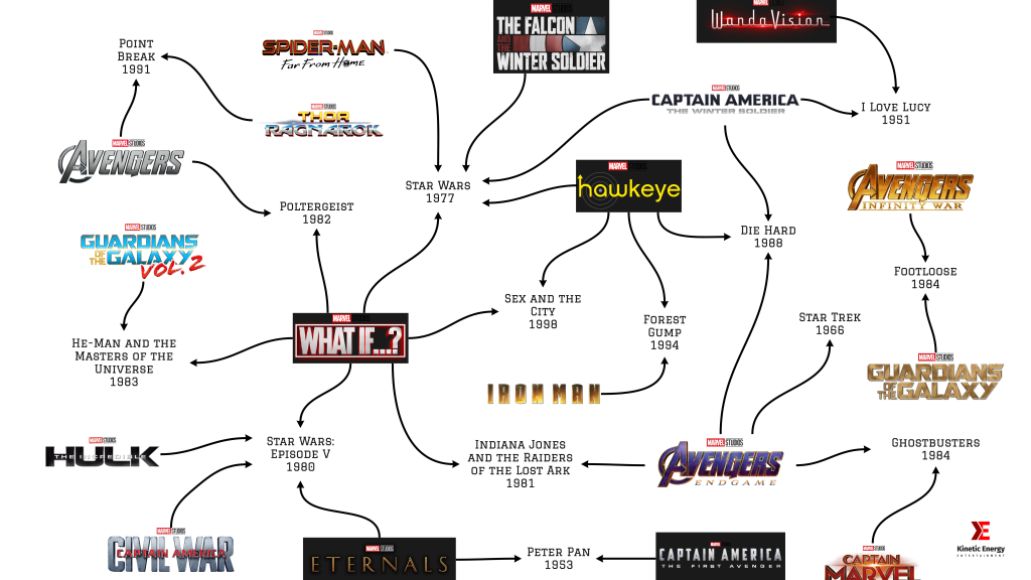 So this week, Consequence will be breaking down the pop culture of the Marvel Cinematic Universe, including an exhaustive survey of every reference and allusion to other media properties, the ultimate playlist of every song used in the MCU, and more. If we’ve put half as much thought into how pop culture as Kevin Feige and his merry band of Marvel super-nerds have, it’ll be a victory. Because while no one and nothing is perfect, it’s very rare that a reference actually feels impossible.

Also, exploring the MCU’s relationship with pop culture brings with it other promises. By virtue of the fact that its sprawl often offers up multiple points of view on major events, while also establishing relationships between previously unconnected characters, the MCU stands alongside Star Wars as a franchise which really deserves to be called a universe. Perhaps by understanding it better, we can understand our own culture’s obsession with it.

We’ll be updating this post all week as we publish new stories, so keep checking back for all things Marvel pop culture, all the time.

Why Marvel’s Eternals Can Reference Batman and Superman

Oh God, We’ve Made a Playlist of Every Song Featured in a Marvel Movie or TV Show

A Field Guide to the MCU’s Fictional Movies, TV Shows, and More