The Pitch: Harper (Jessie Buckley) reels from the tragic, violent, and very recent end of her abusive marriage to James (Paapa Essiedu), taking solace in a weekend stay at a modest cottage in the bucolic English countryside. Her landlord Geoffrey (Rory Kinnear) seems nice, grinning and accommodating through his mop of shaggy hair and thick chiclet teeth.

But as she explores the verdant woods and paths around the small village, her interactions with the various men she meets (all played by Kinnear, aided by costume, wig, prosthetics, and CGI) carry one flavor or another of charged misogyny. What’s more, one vagrant in particular seems to be stalking her, menacing her with his maleness. Soon enough, she’ll have to survive the night — and hold onto what’s left of her sanity.

Harper’s Bizarre: While filmmaker Alex Garland is most often concerned with the encroaching reach of technology and its attendant philosophical consequences (see: Ex Machina, his recent FX miniseries Devs), his latest, Men, veers away from the science fiction auspices of his previous works in favor of the longstanding tradition of British folk horror.

It’s got all the signposts of a really solid example of the genre: the modern protagonist fleeing the city for the wild, pagan ways of the British wilderness, the strange townspeople who look askance at our interloping protagonist, the obsession with nature and fertility as fuel for terror.

And Garland, with his penchant for inscrutability, is an easy mark for the kind of atmosphere this kind of film engenders. Cinematographer (and Garland regular) Rod Hardy melds the verdant greens of the trees and plains Harper walks through with the blood-red walls of her cottage, feeling both distant and deeply, unsettlingly intimate. Ben Salisbury & Geoff Darrow’s eerie, vocals-heavy score literally echoes throughout the picture, a clarion call to mysterious forces beyond our ken. 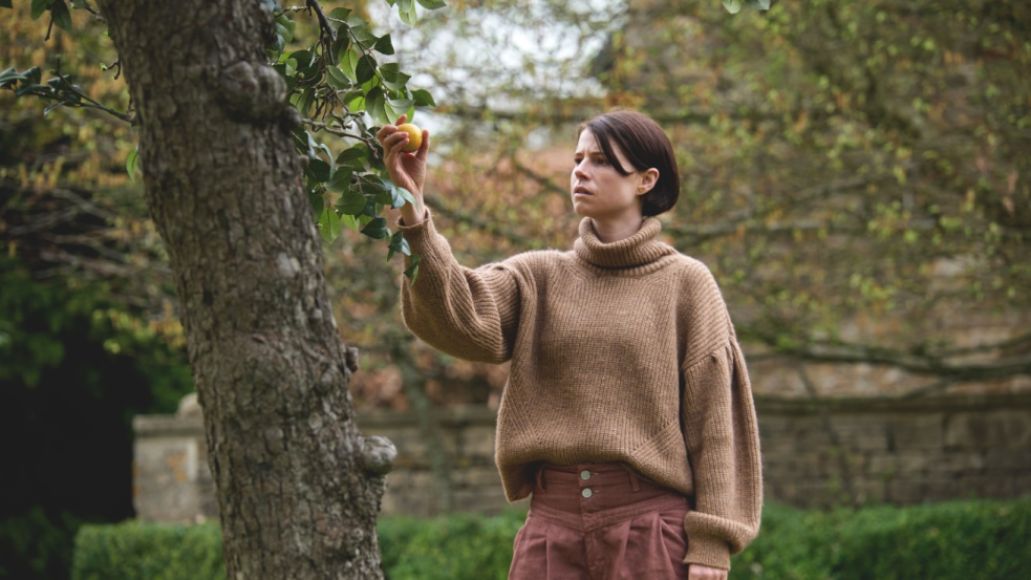 Buckley, for her part, carries the film well — between this and I’m Thinking of Ending Things she’s certainly proven an affection for nightmarish movies about women tormented by egotistical boyfriends and husbands. It’s unfortunate, then, that Garland keeps Harper at such an emotional distance from us, defining her mostly by her own grief and leaving Harper a more reactive character than anything else.

Instead, Men focuses itself, fittingly, on the men in the picture, the cavalcade of husbands and Kinnear-faced townspeople who inflict their wants and needs on her. As virtually every man you see, Kinnear’s terrifying, a multi-faceted performance that flips through every trick in the PUA rulebook: the nice guy, the menacing alpha, the dismissive protector, the desirous councilor.

There’s the nagging feeling that all these people are one creature, an ur-man whose motivations and true nature are obscured from Harper’s (and our) sight. In his own brief appearances, Essiedu is equally horrifying, the kind of man who knows just how to control his partner while still making her feel like the bad guy. (That said, there’s likely a lot to unpack about Garland’s leering obsession with the mutilation of a Black person’s body at a vital moment.)