It’s hard to imagine a comedy set like Norm Macdonald’s latest and last. Nothing Special, a title that manages the Norm-like feat of simultaneous irony and honesty, was recorded at Macdonald’s home, without an audience, during the pre-vaccine pandemic days of 2020.

It’s performed in the style of a webcast; MacDonald has a microphone, but he’s sitting down, focusing mostly on his face, as if Zooming into his own special. The press materials boast that it was done in “one take,” which is both impressive, in that Macdonald appears to do 55 minutes of comedy more or less extemporaneously without any breaks for laughs, and obvious, in that he’s occasionally interrupted, by a ringing phone or a barking dog.

The comic had been preparing material for his next Netflix special, but, as very few people knew at the time, he also had cancer. Before he went into the hospital for a major procedure, he decided to record his material for posterity, just in case. The procedure, as it turns out, went fine. But before Macdonald could do a “real” performance of his newest set, he did succumb to the disease, passing away in September 2021.

So now, we’re in the just-in-case scenario, and Netflix is releasing the special as-is, appended with a 30-minute postscript, wherein fellow comedians David Letterman, Dave Chappelle, Adam Sandler, David Spade, Molly Shannon, and Conan O’Brien discuss the special and Norm in general. None of them seemed to know about his illness; Sandler seems particularly broken up by the memories of his friend.

This segment is remarkable, and strange; it’s essentially a televised wake in miniature, while also making Nothing Special the only hour of stand-up I can think of that’s immediately accompanied by its own review, analysis, and behind-the-scenes tribute — all without the participation of its central figure.

There’s not much a critic can say that these comedy professionals don’t at least touch upon; the talk show hosts, O’Brien and Letterman, are particularly astute in describing Norm’s style and sensibility, and what set him apart from other comics — O’Brien describes Macdonald’s careful word choices as deliberate and “out of time,” comparing him to Mark Twain. Chappelle also jumps in to liken his speaking style to a “1930s Canadian dock worker.”

They’re right, especially about Nothing Special. Perhaps owing to the intimacy of the home taping or just the whimsy of older age, the sometime-folksiness of Macdonald’s delivery hits a peak early in the hour and stays there, with familiar Macdonald decorative phrases like “you know” and “on account of” popping up constantly. Occasionally, he allows himself to ramble around a topic, and get a few digressions deep before circling back around, a kind of front-porch-rocker style that’s appealingly unpredictable. 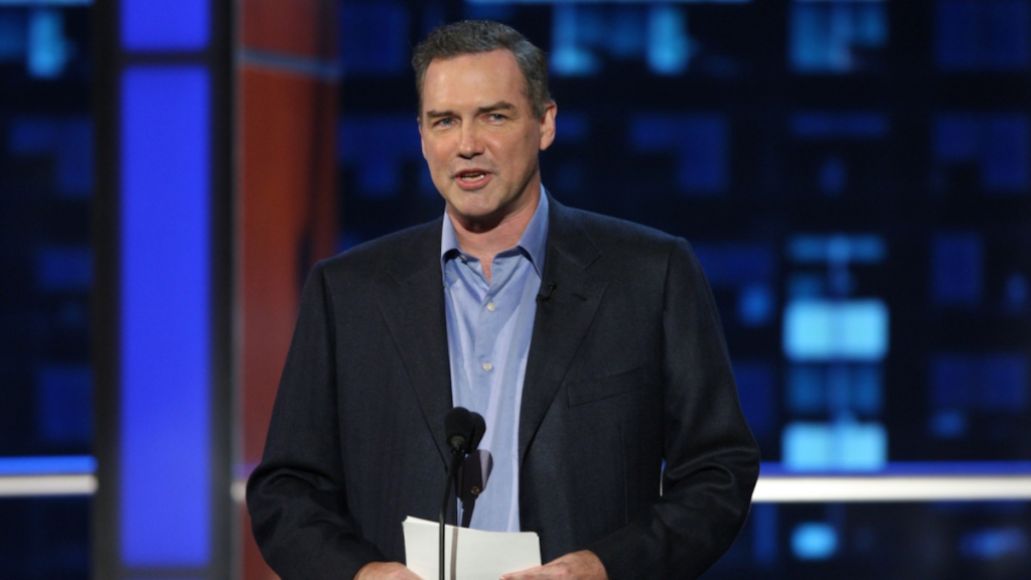 Some of the material is a little unpolished, but it allows a range of topics that Macdonald makes equally appropriate for his folksy style: potentially cornball material about airplanes and doctors, swirled into darker, more morbid thoughts about plane crashes and hospital life support.

None of these routines are quite as masterful as his ruminations on his dad’s death in the special Me Doing Stand-Up. (“One guy said, he’s in a better place. I said, he’s on the floor. Dead. Earlier, he was alive, on the bed. With that Tempurpedic pillow I bought him for Christmas. I’m no physician, but I think that’s the better place.”) But as his friends point out, you can see the wheels turning here, especially when he jokes about, say, refusing to read a 45-page proposal on a politician’s website because “you’ve only got some much time.”

The one topic the comedians only sort of glance upon in the postscript is when Macdonald veers into material of questionable taste, as he often did. O’Brien seems most willing to bring it up, but the conversation drifts elsewhere — and maybe it’s best we’re spared Dave Chappelle opining on the permissibility of a couple of jokes that could be read as transphobic.

As with a lot of Norm material, his references to the idea of being trans isn’t exactly mockery; he does kind of a double twist, where he’s goofing on the bluntness of his father (who, he makes clear, was from a different time), and then further goofing on the idea that someone of his father’s time would be considered appallingly backwards. Typical of Norm, he breaks his own tension with a better joke: He goes on to talk about how his family was surprisingly progressive, because they used a “gender-neutral bathroom” at home, and makes fun of the nonsensical, unsolicited racism imposed on him by taxi drivers.

Ultimately, Macdonald cuts through whatever handful of iffy, presumably Chappelle-delighting jokes with a lack of pretense. He talks about the lofty idea of a comedian as a “modern philosopher,” then muses that it “makes me feel sad for the actual modern philosopher,” pointing out that philosophers still exist and now could be shunted aside for a comic. So, here’s where we switch to past tense: He had a purist’s vision for comedy, that a routine or a single joke could maybe be its own small, perfect bit of craft — that it could be something worth leaving behind when you go.

Norm Macdonald: Nothing Special is streaming now on Netflix.

Norm Macdonald's Posthumous Nothing Special Is Unlike Any Other Comedy Performance: Review