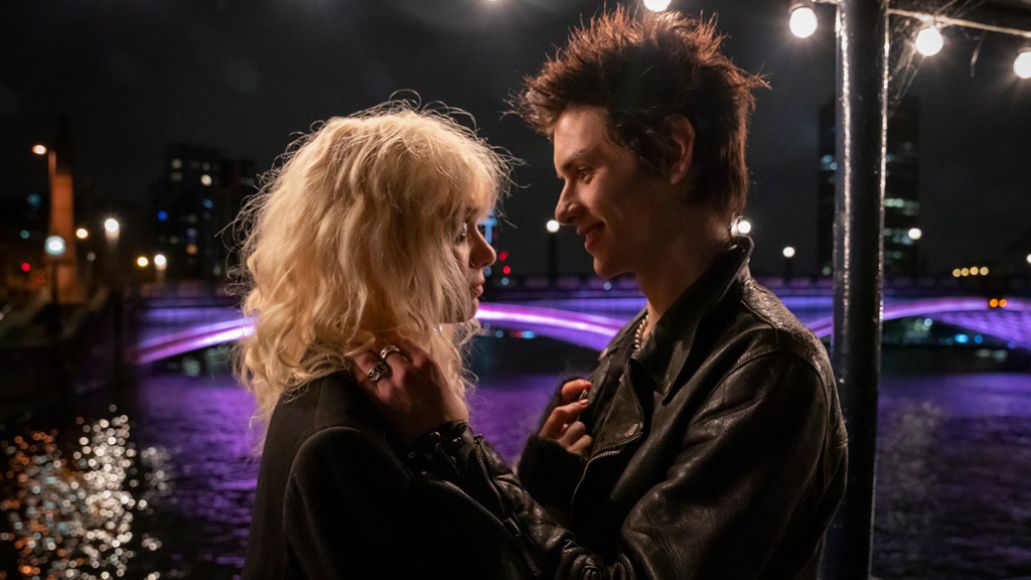 With any luck, tunes will change once the naysayers have a chance to sit down with Pistol when all six episodes drop via FX on Hulu. It’s not a perfect retelling of a tale that has been covered many times over in films both fiction and non, and in countless books, including Jones’ 2016 memoir Lonely Boy, which serves as the primary source material for this limited series. But Pistol’s creative team, anchored by Oscar-winning director Danny Boyle (who helms every episode) and a strong troupe of actors, hit the mark far more frequently than they miss.

Don’t Judge a Book Just by the Cover: Boyle and cinematographer Anthony Dod Mantle perfectly evoke the dull, grotty look of London in the mid-to-late ’70s, all distressed grays, greens, and browns that make the bright colors of Westwood’s fashion and the dayglo of Jamie Reid’s graphic designs for the Pistols pop out even stronger.

The energy of the series and the band’s music is given added power through the editing work of Jon Harris, who keenly works in period footage of striking workers, Elizabeth II’s Silver Jubilee, and, in the final episode, snippets of actual Pistols gigs in the U.S. to add verisimilitude to Boyle’s recreations.

Credit also goes to screenwriter Craig Pearce for finding compelling new angles with which to approach this well-worn source material. All the expected touchstone moments are there from the Pistols’ first gig to their last with stops in between for their performance of “God Save The Queen” on a boat chugging down the River Thames and their headline-grabbing appearance on Today with Bill Grundy.

But around those, Pearce builds out the impact of the Pistols through minor characters. In “Track 3: Bodies,” he brings in Pauline (Bianca Stephens), a mentally unstable woman who was allegedly so moved by seeing the band live that she showed up at Lydon’s home carrying an aborted fetus in a bag — thus inspiring the Pistols’ song “Bodies.”

The following episode, in part, follows two girls from Huddersfield (Catriona Chandler and Sade Malone) who embrace punk after catching the group’s appearance on Tony Wilson’s TV program So It Goes. They both escape to London to seek out the Pistols and the punk scene but are soon doused in a wave of cold reality.

What is missing is some sense of how much the Pistols inspired dozens of other bands (“copycat wankers,” according to Lydon) to spring up in their wake. Outside of a brief appearance by a recreated Siouxsie and the Banshees and a brief reference to The Damned, those groups don’t factor in at all.

Nor does Pearce bother to point out that the Pistols’ devoted fanbase, oft referred to as the Bromley Contingent, featured future icons like Billy Idol, Don Letts, and Adam Ant. (They’re present in the background of many scenes, but are unnamed outside of the closing credits.)

No Feelings for Anybody Else: The important element to keep in mind when approaching this series is revealed in its title: Pistol, singular. This is, ultimately, Jones’ story, and the focus stays on his journey from a petty criminal and illiterate striver into a punk god by dint of sheer will and the machinations of McLaren. Pearce and Boyle only reveal the backstories of the rest of the Pistols and their retinue in shards. 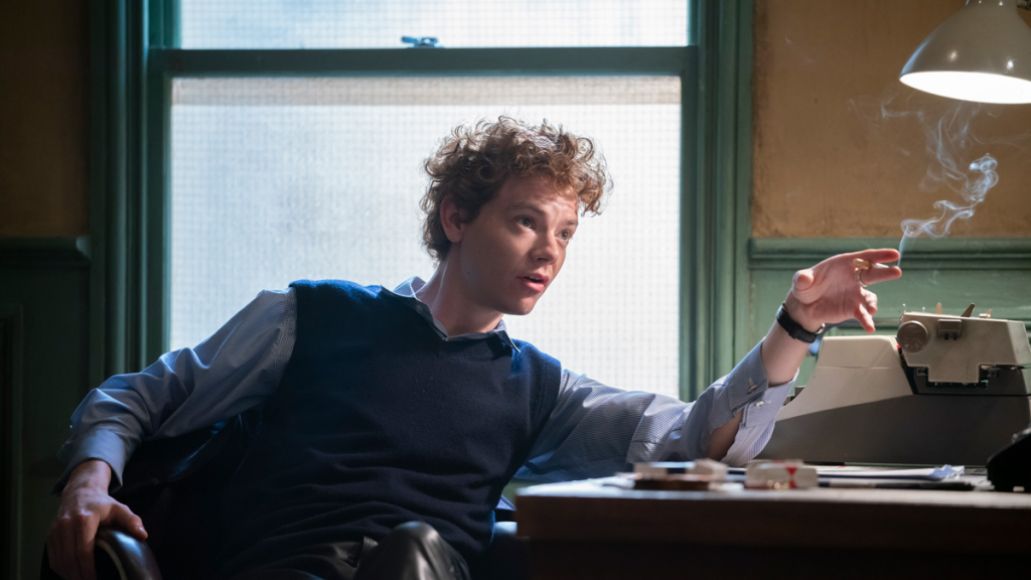 That is why the casting of this series becomes so important to its overall success. With the focus sticking mostly on Wallace’s brooding yet charming portrayal of Jones and the weight of the outsized legacy of the people they’re portraying on their shoulders, the rest of the actors had to work that much harder to assert themselves.

Nearly everyone meets the challenge. As he often did in The Queen’s Gambit, Brodie-Sangster steals every scene he is in, perfectly capturing both the upscale cadence of McLaren’s voice and his cold-eyed indifference to anything beyond fame and fortune. Sydney Chandler is also a standout, playing future Pretender Chrissie Hynde as a sexy, no-bullshit hopeful who is frustratingly rebuffed by the punk rock boys’ club.

And in the somewhat thankless role of Sid Vicious, Partridge nails his character’s blinkered hunger. Any shreds of his so-called “winsome cuteness” by the series’ end, which finds him junk sick and miserable and covered in self-inflicted wounds. It’s only Anson Boon who comes off as a little too mannered at times. He nails the fury of Lydon’s onstage persona but can’t quite land the casual cruelty the singer clung to behind-the-scenes.

The Verdict: Any attempt to reduce a period of cultural history down to six hours of television will lose some elements of context and nuance in the translation. That’s just as true for Get Back as it is for this series. Pistol is imperfect but that’s just how its creators wanted it, leaving in rough musical performances and little miscues by the actors.

And even with the occasionally eye-rolling moments of high minded hyperbole about what the Pistols means to its fans and the fate of England’s working class, it continues to compel with its rich period details, cheeky humor, and the music, which has lost none of its raw power after 45 years. No matter what it skims over or outright avoids, Pistol won’t leave any viewer feeling as though they’ve been cheated.

Where to Watch: Stare all night and all day at Pistol when all six episodes arrive on Hulu May 31st.