Not that the current conversation about comedy, Netflix, and trans people needed a new development this month, but it got one in the form of Tuesday’s (May 24th) debut of a new Ricky Gervais special. You don’t really need to watch SuperNature on Netflix or read the recaps of his comments if you don’t want to — it’s the same strutting for attention that Gervais has executed countless times over the years, with a token attempt to say that he does believe in trans rights… well, at least, he says:

“Full disclosure: In real life of course I support trans rights. I support all human rights, and trans rights are human rights. Live your best life. Use your preferred pronouns. Be the gender that you feel that you are. But meet me halfway, ladies: Lose the cock. That’s all I’m saying.”

A message that they most likely find neither hilarious nor empowering.

As stated above, this is only the latest incident in an increasingly “us versus them” debate over what comedians can or can’t say on stage, following Dave Chappelle’s surprise appearance at a John Mulaney show (much to the dismay of trans fans who were in the audience), following no shortage of other controversies. But here is a serious question, for all of us involved in the conversation — comedians, audience, and critics — at what point did the concept of empathy become so damn hard?

A person is a person, and maybe it’s not necessary for so many comedians to weigh in about the choices or even the basic existence of those who happen to be trans. Hell, maybe in general comedians might consider the question of how their actions affect others. 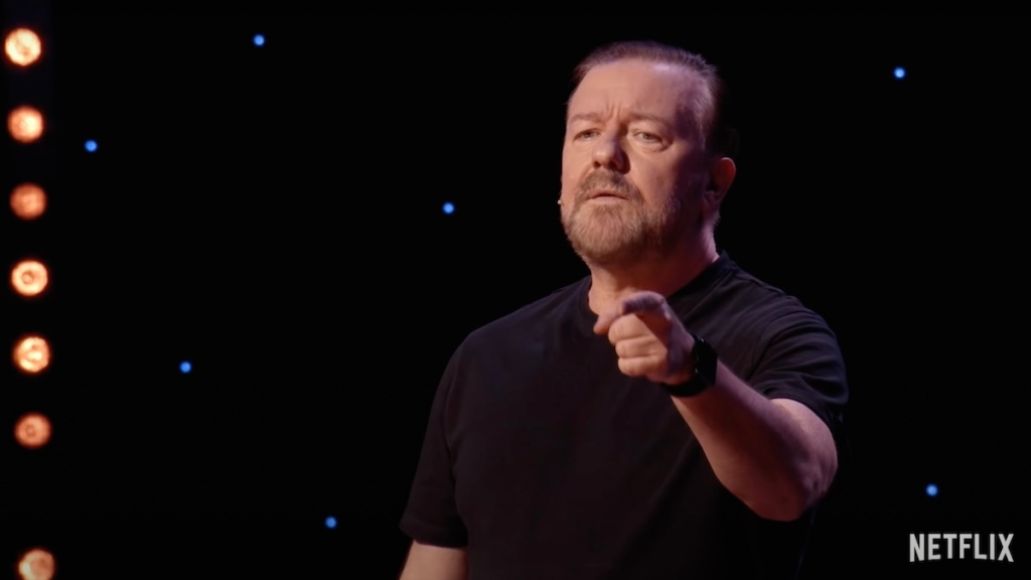 If you haven’t watched it, Louis C.K.’s Grammy-winning stand-up special Sincerely devotes a major chunk of its time to celebrating the comedian’s love of a particular slur for those with intellectual or developmental disabilities. In fact, C.K. literally sets it up by saying, “We’re going to discuss r*****ed people for 20 minutes.” He then proceeds to use the word 37 times while complaining about the way society’s perception of the word has changed since he was a kid.

Truly, life is hard for comedians today, because if they use a word that’s been used for decades to ridicule and dehumanize a vulnerable group of people, other people might judge them for it. (Don’t worry, though, you can still use it and win a Grammy.)

Louis C.K.’s “thing” hurt women. But he doesn’t appear to understand that. Or he doesn’t care.

It’s infuriating to look at this discourse after watching George Carlin’s American Dream, Judd Apatow and Michael Bonfiglio’s two-part documentary about the life and comedy of George Carlin, a man whose legacy includes challenging all types of social morales of his time with his 1972 “Seven Words You Can Never Say on Television” routine.

But Carlin, who passed away in 2008, was also the patron saint of punching up, not punching down, with some of his best material focused on unhoused people and abortion rights. Right now, in May 2022, it’s a bit heartbreaking to watch him rage that anti-choice activists are “not pro-life — they’re anti-women. Simple as it gets.”

Carlin’s investment in the well-being of the human race was so intense that towards the end of his career, his comedy got significantly darker, reflecting his anger with the world as a “disappointed idealist.” (The title of the documentary comes from a classic Carlin quote: “It’s called the American dream because you have to be asleep to believe it.”)

But as angry as he got, as frustrated as he got, Carlin never stopped caring about people, or trying to make the world a better place. And that’s a concept that has relevance well beyond what people say into a microphone in front of an audience. Think about it like this — during a recent Reddit AMA, Bill Gates, one of the richest men in the world, explained to a user his position on cryptocurrencies:

“I don’t own any. I like investing in things that have valuable output. The value of companies is based on how they make great products. The value of crypto is just what some other person decides someone else will pay for it so not adding to society like other investments.”

Too much of the conversation around comedy right now seems driven towards defending the comedian’s right to say whatever they want (which, given how “cancel culture” only manages to truly cancel a very small number of people, could be considered an overreaction). Not enough of it is looking at the concept of comedy as “adding to society.”

The point isn’t that in order for a joke or a sketch or an entire special to be funny, it has to be the comedy equivalent of eating your spinach. But in these very tender times, when it’s so easy to be bruised by the very harsh realities of the world, how damn difficult is it to try to remember that the people around us are, you know, people?

The wild notion being floated here is this: That all of us, not just comedians, might in general aim to make choices that lead to positive benefit not just for ourselves, but for others. And that we might consider spending some portion of our time on this silly dying planet trying to make it a better place.