Riot Fest has unveiled the lineup for its 2022 installment, with My Chemical Romance, Misfits, and Nine Inch Nails leading leading the way. The 17th edition of the punk and rock fest takes at Chicago’s Douglas Park from September 16th to 18th.

Riot Fest has been a long time coming for Friday headliners My Chemical Romance, who were slated to perform at the COVID-struck 2020 festival and its 2021 redo before ultimately postponing their appearance until 2022 with the rest of their reunion tour. The Original Misfits were also previously announced as Saturday headliners, where Danzig and company will celebrate the 40th anniversary of their debut Walk Among Us by performing the album in its entirety.

Single-day, two-day, and three-day passes go on sale today, May 11th, via the festival’s website.

Editor’s Note: Visit our new Live section to stay up to date on the latest tour announcements and festival news. Also sign up for our live music newsletter for access to exclusive pre-sale codes and more. 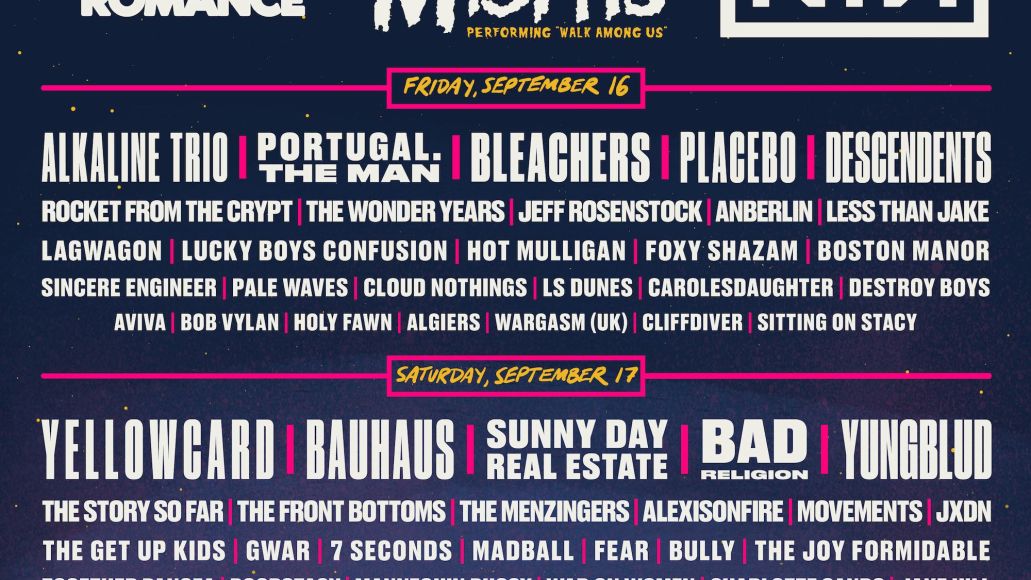 How to Get Tickets to Hot 97 Summer Jam