Scorpions have announced a 2022 North American tour in support of their latest album, Rock Believer. Joining the legendary German band on the two-month trek will be fellow veteran rockers Whitesnake, who will be on their farewell outing.

The late summer / early fall “Rock Believer Tour” kicks off August 21st in Toronto, Canada, and runs through an October 21st show in Las Vegas. Tickets go on sale to the general public this Friday, May 13th at 10 a.m. local time via Ticketmaster, with a Live Nation pre-sale beginning Thursday, May 12th (use code FINALE).

“After the amazing start we’ve had with our residency in Las Vegas, it‘s about time to come back for a real tour to rock the US like a hurricane again,” said Scorpions singer Klaus Meine, borrowing a line from one of the band’s most famous songs. “We can‘t wait to see all you Rock Believers out there!”

Whitesnake frontman David Coverdale added, “Once again it’s time to feel the sting of the Scorpions & the bite of the Whitesnake!!! Can’t Wait!!!”

Toyah Goes Full Catwoman as She Covers “Rock You Like a Hurricane” with Robert Fripp: Watch

Coverdale, who turned 70 this past September, previously announced that Whitesnake’s upcoming tour would be their last. The band kicks off its final outing on Tuesday night (May 10th) with a European jaunt before linking up with Scorpions for the North American run.

“We have this farewell tour, and when I say that I’m retiring, I’m retiring from touring at this level. It’s so huge and it takes months and months and months to set up,” said Coverdale back in November. “I was hoping, actually, to retire at 69, which is absolutely the best age for the lead singer of Whitesnake to step down.”

Swedish band Thundermother will serve as opening act for the entire tour. See the full list of dates and the tour poster below, and pick up tickets here. 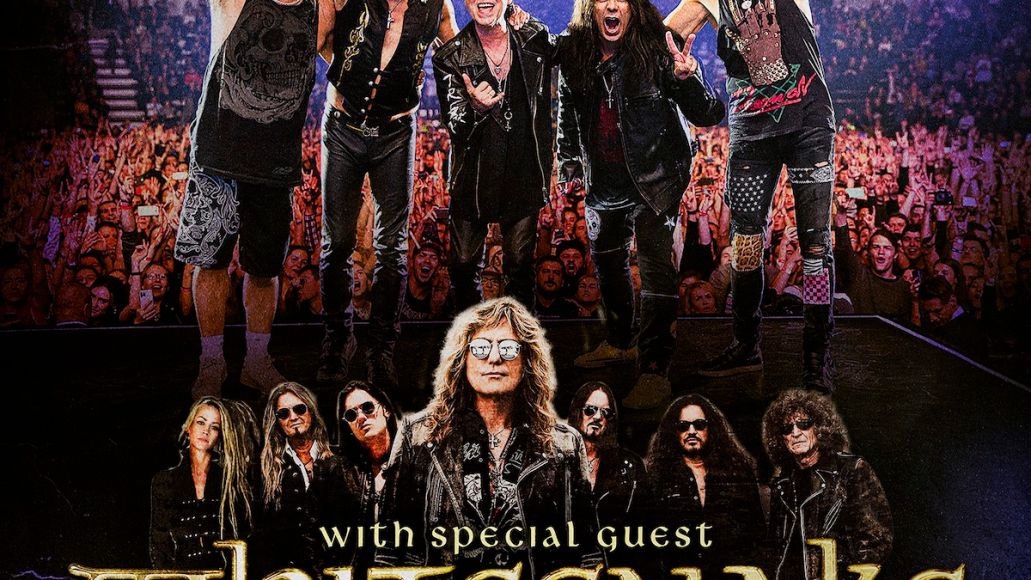