She & Him, the musical duo consisting of Zooey Deschanel and M. Ward, are paying tribute to one of music’s best songwriters with Melt Away: A Tribute To Brian Wilson. The 14-track covers album arrives in full on July 22nd, but as a preview, the duo have shared their rendition of the 1967 Beach Boys tune “Darlin,'” which you can listen to below.

“In the spring of 2020, we started a list of our favorite Brian songs — a very long list,” Deschanel and Ward explained in a statement. “We chose songs without any regard to their chart performance. The obscure ones hit us just as hard as the more popular songs — and all are ripe for re-imagining, re-interpreting, and re-inventing. Brian writes songs of beauty and loneliness and vulnerability better than anyone — and by sequencing them next to popular songs of confidence and love and fun, it creates a more complete picture of life on earth.”

The result, Melt Away, features selections from both Wilson’s time with the Beach Boys and his solo career, and comes with the legend’s seal of approval: Wilson joins She & Him for a new rendition of “Do It Again,” and even proclaims in a statement, “Zooey and Matt did such mind-blowing versions of our songs. The harmonies are beautiful and right on. I love this record!”

Deschanel and Ward trade verses in a slightly slowed rendition of “Darlin,'” trading the rollicking horns of the original for an impassioned guitar solo. The cover comes with an über-’80s music video directed by Lara Jean Gallagher, where the pair peddle nail polish in a neon television informercial.

Pre-orders for Melt Away: A Tribute To Brian Wilson are available now, and the artwork and tracklist for the album are available below. She & Him will be taking their songs, and Wilson’s, on the road this summer, on the previously announced  “Melt Away Tour: A Tribute to Brian Wilson.” Tickets to those shows are on sale now via Ticketmaster.

Melt Away marks She & Him’s first project since their 2016 holiday album Christmas Party, and their their second record of non-holiday covers since 2014’s Classics.

Melt Away: A Tribute To Brian Wilson Artwork: 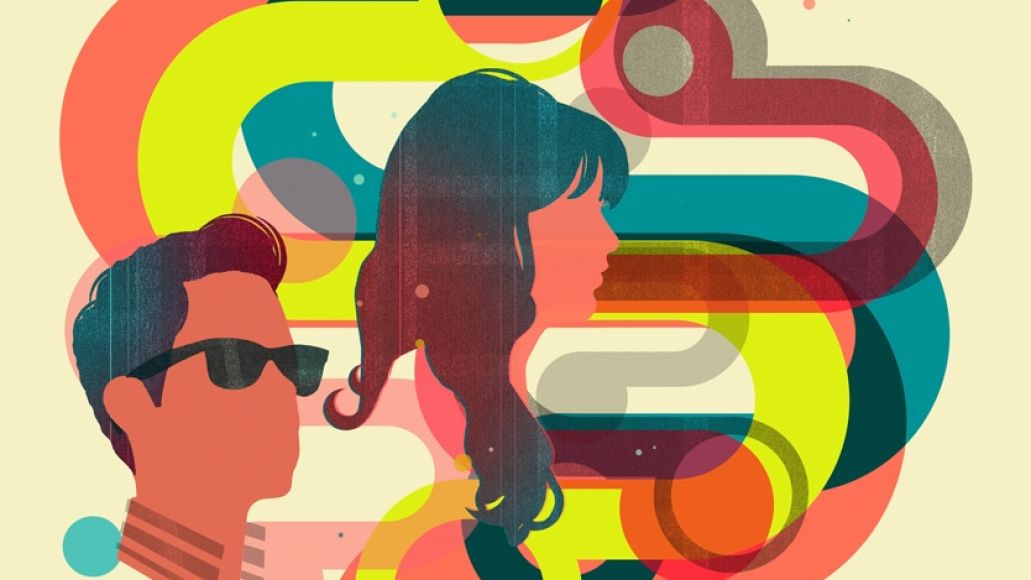