Marvel has unleashed the first trailer for its next Disney+ series, She-Hulk: Attorney at Law. Starring Tatiana Maslany, the show is set to premiere on August 17th.

Maslany plays Jennifer Walters, a lawyer who specializes in superhuman law. She also happens to be the cousin of an Avenger, one Bruce “The Hulk” Banner (a returning Mark Ruffalo). In the comic books, Walters’ need for an emergency blood transfusion from her dear relative leads to her gaining the same gamma-induced superpowers, transforming her into the sensational She-Hulk.

While it’s not clear exactly what causes her to gain the green skin and about five feet of height in the Marvel Cinematic Universe, it’s clear her new look will cause some of the same issues. When Banner warns her that her powers are “triggered by anger and fear,” Walters replies, “Those are like, the baseline of any woman just existing.”

In addition to dealing with the celebrity of being She-Hulk while also trying retain a successful law career (and dating life), she’ll face of with what an impressive list of classic Marvel villains. The series’ main antagonist is Titania, played by Jameela Jamil; we get a brief look at the powerhouse advisory as she busts into a court room in the trailer. We also get quick glimpses of some secondary bad guys, including what looks like a member of the Wrecking Crew (gonna guess Bulldozer, based on the glowing helmet) and — truly can’t believe I’m writing this — Frog-Man.

After last appearing in Shang-Chi, Tim Roth is also back as Emil “The Abomination” Blonsky, the Hulk’s first-ever MCU villain from The Incredible Hulk.

Recent rumors have speculated about behind-the-scenes troubles on She-Hulk: Attorney at Law, with creative differences and post-production work causing “a mess” of what MCU leader Kevin Feige has billed as “a half-hour legal comedy.” None of that is evident in this trailer, however, which seems to be setting up an interesting new entry in the MCU’s Disney+ catalog.

Watch the preview below, and check out the official poster for the show under that. 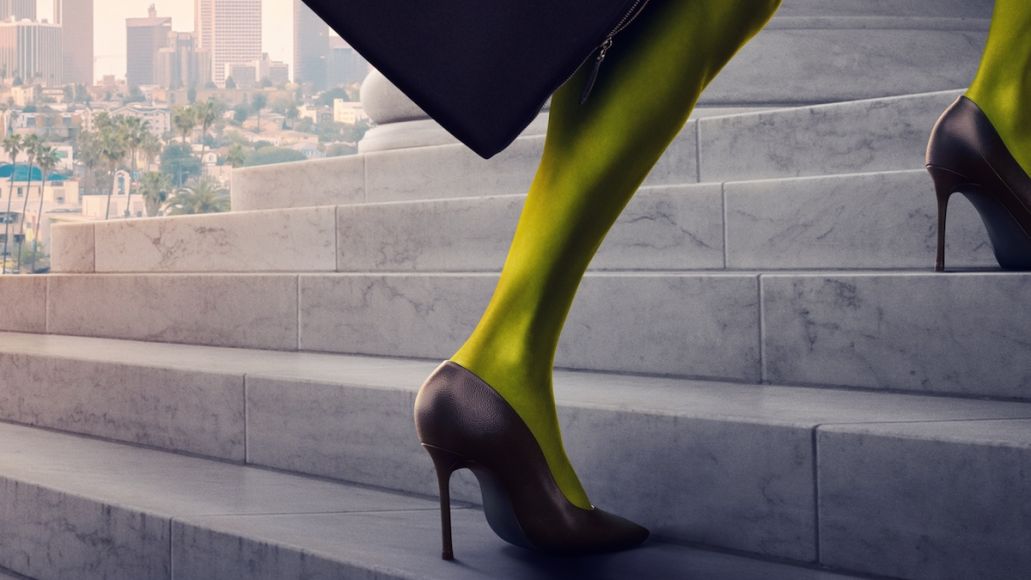