No matter how careful or vaccinated we are, touring during the pandemic still isn’t easy. Spoon were recently forced to postpone a trio of shows after members of their party tested positive (and their current opener, Margaret Glaspy, had to pull out of a number of other shows for the same reason). When they finally did get back on track, Britt Daniel’s voice started to give out, causing yet more delays.

It’s just not easy out there for touring bands right now — which makes shows like Spoon and Glaspy’s Friday, May 6th gig at New York’s Hammerstein Ballroom all the more special.

The show was one of those three aforementioned postponements, rescheduled under the mini-tour title “Let’s Try This Again…” Spoon made up for the delay by delivering a ferocious set full of hits and surprises. They seemed at the top of their game, COVID be damned, as they tore through cuts like “The Mystery Zone,” “The Beast and Dragon, Adored,” and “My Mathematical Mind.” They also showed off a number of Lucifer on the Sofa tracks, like main set closer “Wild” and hit single “The Hardest Cut.”

Even after a truly fantastic set, the band returned with even more surprises during their six (!!) song encore. Opening with a cover of Jon Lennon’s “Isolation,” Spoon soon welcomed back Glaspy for a cover of Richard & Linda Thompson’s “I Want to See the Bright Lights Tonight.” In a true treat for the NYC crowd, Daniel then called for his Divine Fits bandmate Dan Boeckner to lead a cover of Wolf Parade’s “Modern World.” Boeckner stuck around to shred on the finale of “Rent I Pay.”

After all those delays and struggles, Spoon came into New York with guitars blazing. It was a quintessential example of how much bands have to fight through just to do their job right now, and how each moment they actually get to take the stage has become that much more powerful.

Check out a photo gallery of Spoon’s Hammerstein Ballroom show below, followed by the complete setlist.

The second half of Spoon’s “Lucifer on the Sofa Tour” picks up later this month with support from former Artist of the Month Geese. Later this summer, they’ll also head out on a co-headling trek with Interpol. Get tickets to all their upcoming concerts via Ticketmaster. 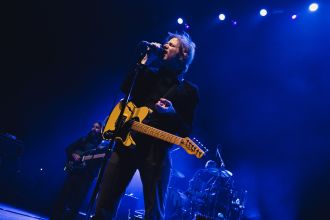 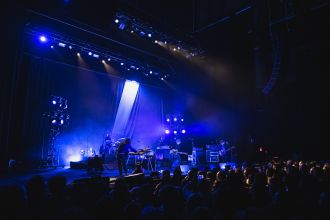 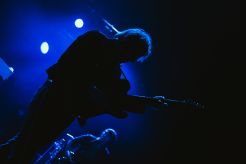 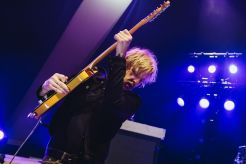 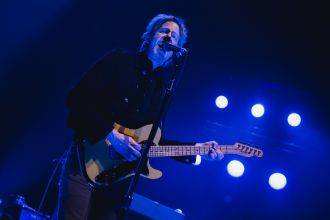 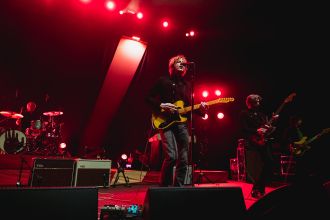 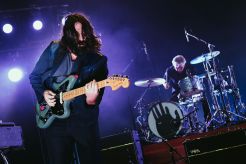 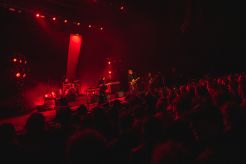 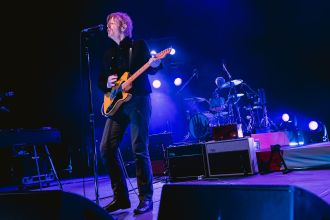 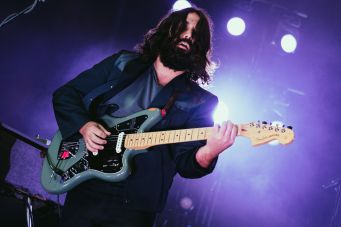 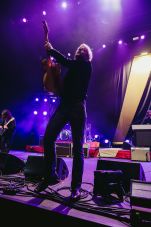 Setlist:
Held (Smog cover)
Got Nuffin
Don’t You Evah
Do You
The Beast and Dragon, Adored
The Hardest Cut
The Fitted Shirt
The Underdog
My Babe
I Summon You
Lucifer on the Sofa
My Mathematical Mind
Do I Have to Talk You into It
Inside Out
I Turn My Camera On
Wild