As Scarborough endeavors to infiltrate the Pentaverate, he uncovers a web of lies and deception within the operation that raises even more questions about who really holds the most power over the information we receive.

Journalism Matters, It Seems: In the age of QAnon and post-Trump paranoia, conspiracy theories have become so normalized that even empirical truths are seen now as questionable. Contextualizing the growing threat of disinformation through a lens of absurdity might seem like a clever, accessible way of highlighting the danger of it.

But there’s also a risk of flattening a critique of the issue into an obvious, on-the-nose indictment of confirmation bias, preaching the very exhaustively discussed idea that we’ve become so easily duped into accepting any piece of information as factual, regardless of the source.

Netflix’s The Pentaverate aims to accomplish the former, showing how even those with morally good intentions can still weaponize and distort the truth for their own self-interest. Unfortunately, it ends up reinforcing the latter through well-meaning but surface-level platitudes about the need for more honest journalism in the face of clickbait propaganda and extremist messaging. 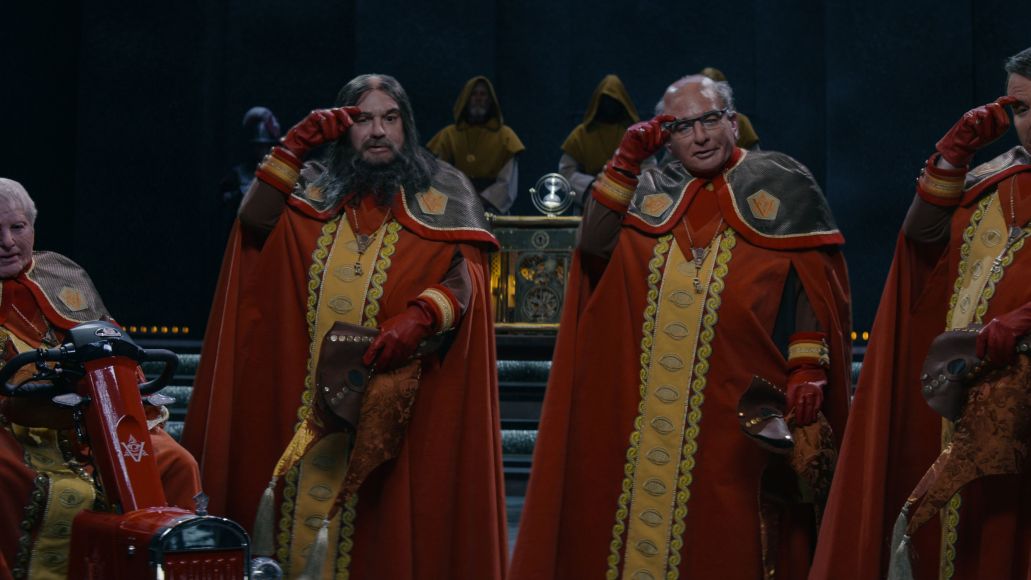 As Mike Myers’ first major comedy venture in 14 years, The Pentaverate is certainly the most competent spoof the Canadian entertainer has made since the Austin Powers trilogy, though that’s about as high as the bar goes. The six-episode series pokes fun at conspiracy theory culture to middling effect, uneasily balancing its stale, dated political humor with juvenile toilet jokes.

If you’re into that brand of silliness with a socially conscious but relatively dull edge, The Pentaverate will prove to be a decent, smooth-brained distraction. If not, it’s probably best to just sit this one out.