The original Alice Cooper band’s 2015 reunion show, titled Live from the Astroturf, is getting a physical and digital release on September 30th.

The October 2015 performance is the stuff of legend and subject of the documentary of the same name. Record store owner and superfan Chris Penn invited the original band — dissolved since 1974 — to play a show at his Good Records in Dallas. It was billed as a book signing by bassist Dennis Dunaway, but the packed store of fans were instead treated to a clandestine reunion gig.

Alice Cooper, guitarist Michael Bruce, Dunaway, and drumer Neal Smith were joined on stage by Alice’s current guitarist Ryan Roxie, who was standing in for the late Glen Buxton. The setlist would feature the band’s early ’70s hits such as “No More Mr. Nice Guy,” “I’m Eighteen,” and “School’s Out.”

The full nine-song set will be out on vinyl, CD, and digitally. The first run of physical editions will also include a DVD of the aforementioned documentary and footage of the entire performance.

You can also catch Alice Cooper’s current band on tour across North America this fall. The “Detroit Muscle” tour kicks off September 7th in Bethlehem, Pennsylvania, and runs through an October 8th show in Las Vegas. Get tickets via Ticketmaster.

Pre-order Live from the Astroturf via Ear Music. Check out the album art and tracklist below.

Live from the Astroturf Artwork: 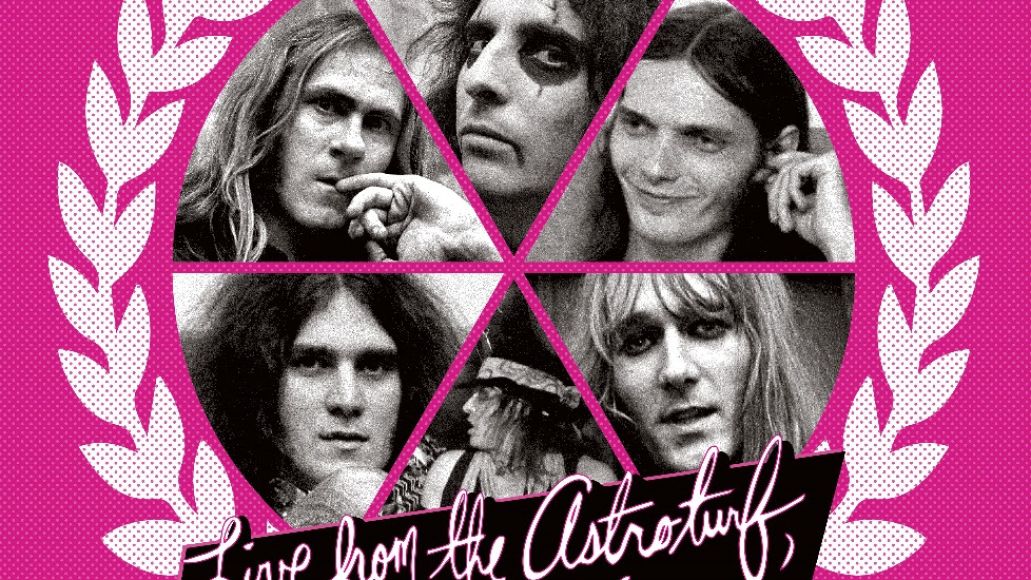