Angel Olsen has never repeated herself. Her debut Half Way Home introduced Olsen as a psych-folk songwriter with a powerhouse voice, before the lo-fi indie of Burn Your Fire For No Witness reframed her within the context of a band. Two years later, My Woman upped the production value and saw Olsen at her most intense and confrontational. All Mirrors wiped clean any pre-conceptions of Olsen, and even when she literally repeated herself with Whole New Mess, it felt like an entirely new statement.

Since the one-two punch of All Mirrors and Whole New Mess, Olsen has kept fans guessing on which direction she might be headed next. In 2021, she released her Sharon Van Etten collaboration “Like I Used To,” a victory lap of an indie rock song for two of the genre’s most accomplished singer-songwriters. Her Aisles cover EP from the same year then hinted at a shift towards ’80s synth revivalism. Maybe an electronic shift would be the refreshing move after the intensely orchestrated songs of All Mirrors and the solo guitar music of Whole New Mess.

But no, Olsen once again delightfully surprises with something else entirely. She doesn’t double down on the indie aesthetics of “Like I Used To” or take a trip into cybersphere like on Aisles. Instead, Big Time, out today (June 3rd), borrows from the country tradition, indulging in pedal steals, nylon guitars, and loving waltzes. On paper, it might sound hokey, but the emotions on Big Time are complex and strike right for the heart. It’s Olsen finally giving in to the Emmylou Harris comparisons without losing an ounce of her identity.

From the onset, Big Time features some of Olsen’s most carefree tunes. The opening cuts find Olsen oozing a profound contentedness, reveling in the confidence and security of her love. She’s self-assured and remorseless on opener “All The Good Times,” beginning the song — and the album — with the defiant “I can’t say that I’m sorry when I don’t feel so wrong anymore.” All the while, the soundscape slowly builds into a triumphant jamboree, complete with layered guitars, horn orchestration, and concert bells.

The title track, with its organ chords and reverby musings on good morning kisses, takes the good feelings even further. A mid-paced waltz with a grin-inducing melody, Olsen delivers a straightforward, love-sick tune that would make Roy Orbison proud. “All The Flowers” sees Olsen channeling her inner Vashti Bunyan as she quietly celebrates finding purpose in her partner. “The only reason to be alive,” she sings as strings swell around her. “To be alive and with another.”

Big Time is by no means a happy-go-lucky country pastiche, though. As to be expected with Olsen, many songs feature themes of complex, often contradictory emotions. Negative feelings — anger, sadness, grief — find their way into the relative stability established in songs like “Big Time.”

But Olsen never succumbs to the intoxication of such feelings; instead, they run alongside her inner peace like two parallel streams headed for the same reservoir. It’s the sonic equivalent to a sprawling, mystical field where melancholia and overwhelming love are indistinguishable — or at least unquestionably linked.

Take “Go Home,” a marching ballad in the vein of Leonard Cohen’s “Anthem.” The song oscillates between elongated piano chords and a sunrise of a climax featuring fuzzy guitars, strings, and horns, all while Olsen pushes her voice to deliver: “I’m dancing but I feel like dying.”

“Ghost On” and “Right Now” are similar in their dynamics, each giving Olsen space to wear her feelings on her sleeve before embodying said emotions in sound. “Ghost On” particularly finds success in this formula, with its moving extended outro and some of Big Time’s hardest-hitting lyrics: “And I don’t know if you can love someone stronger than what suits you/ And I can’t fit into the past that you’re used to, I refuse to/ I don’t know if you can take such a good thing coming to you.”

Such thematic and sonic ideas hit their peak on the final two songs. The penultimate track “Through The Fires” is stubbornly romantic. Strings surround Olsen’s journey to free herself from needless pain, and each time her orchestra seems like it might be turning sour, becoming suspicious, or losing faith, it’s willed back into Olsen’s determined optimism. Much like “All The Good Times,” Olsen is taking control of her story, decisively resisting the urge to wallow.

Where songs like “Big Time” sound effortless in their picturesque love, by the end of the record, it’s clear Olsen is putting much effort into her wellbeing. Closer “Chasing the Sun” is the fruit of her efforts — an encapsulation of the sustained work Olsen is prepared to put in for her love. “Chasing the sun for you,” she promises her lover, “spending the day driving away the blues.”

In this way, it seems almost inevitable that Olsen would take Big Time in a country direction. In the same way that Waxahatchee matured her sound in a country context on Saint Cloud or how Conor Oberst forwent much of his angst for the open-hearted, country-leaning I’m Wide Awake, It’s Morning, Olsen takes advantage of the genre’s subtle sophistication. In one sense, it allows Olsen to present her emotions in neon lights, uncut and unmistakable. In another, it adds layers to otherwise simple feelings. Love becomes more complex when you sing about it over the moan of a pedal steel.

Olsen’s personal life was tumultuous leading up to the recording of Big Time. She came out as queer and then almost immediately faced the unimaginable tragedy of losing both parents. So here is Olsen, liberated in her identity but reeling with grief. Big Time finds her emotionally dealing with both extremes, ultimately ending on the hopeful note of “Chasing the Sun.”

It’s hard to claim that Olsen has released her most personal record yet, as the artist has never obscured herself or her feelings in her music. Yet, Big Time might be the most direct view into Olsen — at least in the context of a full band. It’s a masterful, emotional body of work ready to fit any mood, and it’s yet another successful sea change for one of indie music’s most consistent artists. 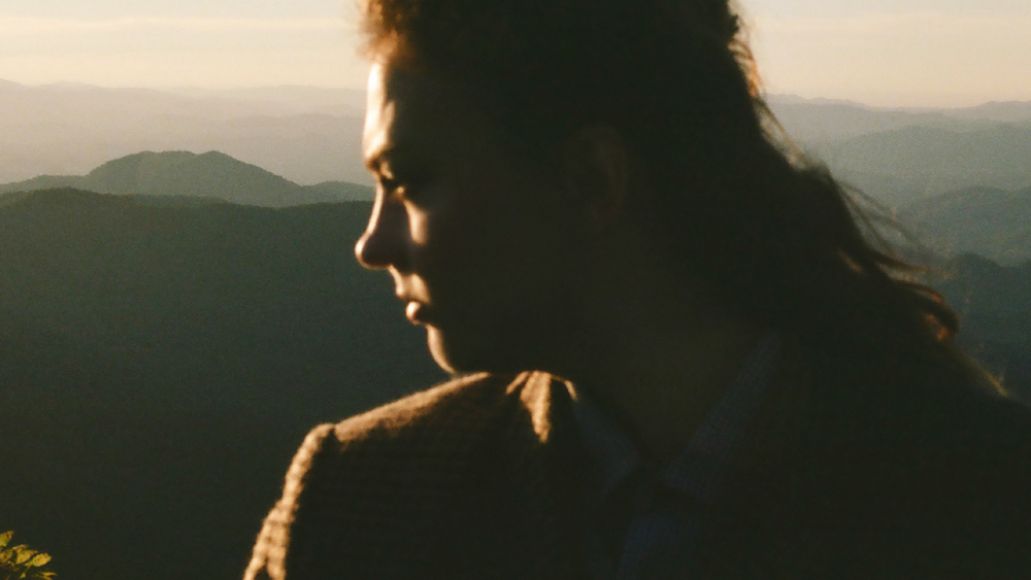