Desert Daze has its 2022 lineup, with Tame Impala, Iggy Pop, and King Gizzard and the Lizard Wizard set to headline the Southern California festival.

The three-day event will take place from September 30th to October 2nd in Lake Perris, California. Tame Impala’s headlining set will be extra as special, as Kevin Parker and co. will perform 2012’s Lonerism in full in honor of its 10th anniversary. Meanwhile, Iggy Pop’s set will be his only US show of the year, and King Gizzard and the Lizard Wizard will put together an exclusive setlist just for the festival.

Desert Daze will also feature a special screening of Hamilton’s Pharmacopeia followed by a Q&A with host Hamilton Morris, as well as a conversation titled “Mysticism in the Music Industry” presented by Cuban-American artist and occultist Micki Pellerano. Special guests for the latter will be announced soon.

Passes for can be purchased beginning Thursday at 10 a.m. PT/1 p.m. ET. via the official Desert Daze website.

Last year, Desert Daze returned for its 2021 iteration with headliners The War on Drugs, Kamasi Washington, and Toro Y Moi after a hiatus in 2020 spurred by the onset of the coronavirus pandemic along with the rest of the live music industry. 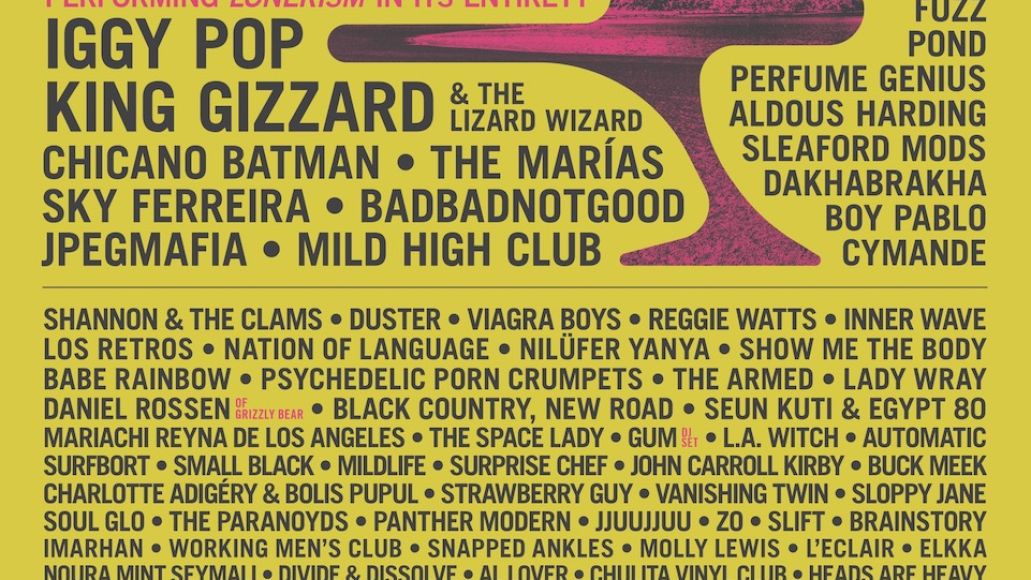