Dropkick Murphys are celebrating the “original punk” Woody Guthrie with a new album featuring the words of the folk legend. The LP, titled This Machine Still Kills Fascists, arrives September 30th, and will be accompanied by a stripped-down acoustic fall tour in support of the release.

Dropkick Murphys have had a longstanding relationship with the estate of Woody Guthrie, as one of their signature songs, 2006’s “I’m Shipping Up to Boston,” features lyrics written by the folk icon. This time around, with the help of Woody’s daughter Nora, the band has recorded an entire album’s worth of songs featuring Guthrie’s words.

The US tour in support of This Machine Still Kills Fascists will feature Dropkick Murphys delivering intimate sit-down acoustic performances. The outing kicks off October 20th in Concord, New Hampshire, and runs through a November 19th show in Nashville, Tennessee. Tickets go on sale to the general public this Friday (June 24th) via Ticketmaster, with pre-sales beginning Wednesday and Thursday (use code DAZZLE).

On how the album and tour came together, Dropkick Murphys co-vocalist Ken Casey explained, “The project has been a long time in the making. Nora Guthrie thought her father would’ve got a kick out of us, would’ve liked us, that we were somewhat kindred spirits so to speak, which to us was a huge honor.”

Nora Guthrie added, “I collected lyrics on all kinds of topics … lyrics that seemed to be needed to be said — or screamed — today. Ken Casey is a master at understanding Woody’s lyrics, which can be complicated, long, deadly serious, or totally ridiculous. DKM is capable of delivering them all.”

The album was recorded in Tulsa in Woody’s home state of Oklahoma while co-vocalist Al Barr was tending to his ailing mother. Instead of recording a normal Dropkick Murphys album without Barr, the band thought it was an ideal time to tackle the Woody Guthrie project.

As part of the process, the band was given full access to Woody’s archives, with Dropkick guitarist James Lynch explaining, “Nora gave us the privilege of going through the archives and selecting some lyrics to use. The common thread that I see through everything was this love for people and this understanding of the universal truth that there is no one person fundamentally better than another person.”

The first single, “Two 6’s Upside Down,” will arrive on July 6th, but can be heard, in part, along with some other tunes in the album trailer. Watch the trailer, and see the tour dates, album cover and tracklist, below. Pick up tickets to the upcoming tour here. 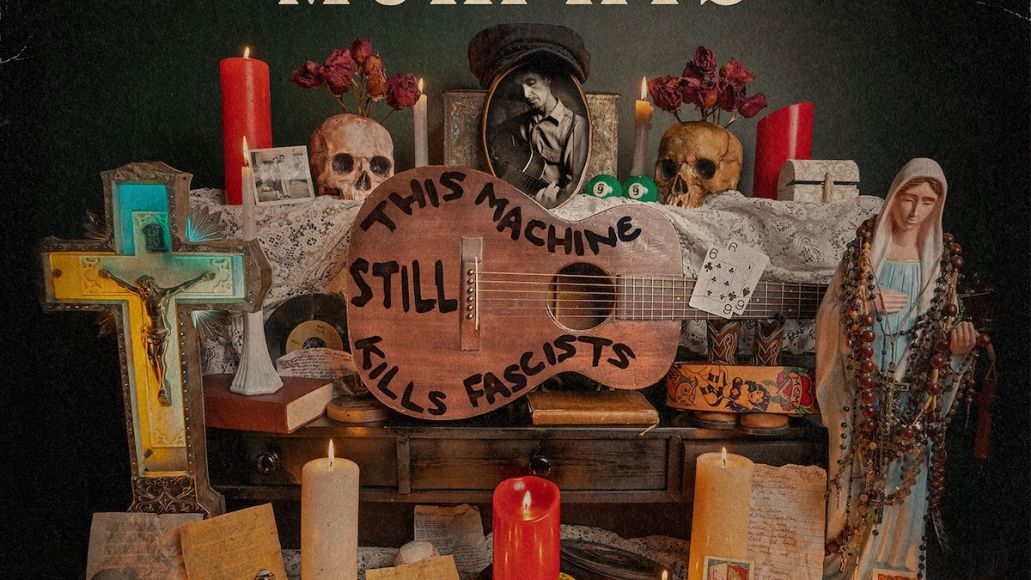