Elvis Presley is one of the most mythologized figures in the American imagination, looming over pop culture via Vegas impersonators and conspiracy theories about his death as much as his music. So one might expect Baz Luhrmann’s Elvis to be about the legend, not the man. But Luhrmann, who began work on the film eight years ago, researched Presley’s life extensively, co-writing the screenplay with longtime collaborator Craig Pearce, as well as Sam Bromell and Jeremy Doner. And though Elvis was filmed in Luhrmann’s homeland of Australia, the director took multiple trips to America to see where Elvis had lived and meet people he’d known before recreating Tupelo, Memphis and Las Vegas down under.

Elvis has earned positive reviews (including ours) for Austin Butler’s uncanny performance as Presley. But how much did Luhrmann twist the truth to tell Presley’s story? We dug into the public record of Presley’s life and career to separate fact from fiction.

[Editor’s note: the following contains spoilers for Elvis, inasmuch as you can spoil the life story of one of the most famous entertainers of all time.]

A key early scene highlighted in Elvis’s trailers, in which Colonel Tom Parker sees Presley perform his debut single “That’s All Right” at the Louisiana Hayride and meets the young singer, compresses and simplifies the events of two different nights, several weeks apart.

Colonel Parker checked out Presley at a Louisiana Hayride event in Texarkana, Arkansas on January 15, 1955 on the recommendation of an associate, Oscar Davis. Parker did not meet Presley that night, but soon after reached out to the singer’s then-manager, Bob Neal. Neither Oscar Davis nor Bob Neal is depicted in the film, which suggests Parker stumbled upon Presley himself, and that nobody was managing the singer’s career at that point besides his father, Vernon Presley. The venue was the Texarkana Municipal Auditorium, but Luhrmann’s film sets the event at a carnival, to tie into Parker’s show business roots as a carny.

Three weeks later, Parker saw Presley perform two concerts at the Ellis Auditorium in Memphis on February 6. At a café across the street between shows, Parker spoke to Presley for the first time, in a meeting with Neal and producer Sam Phillips (so the movie’s scene of Parker and Presley on a Ferris wheel definitely never happened). Quickly, a business partnership was initiated that would last decades and generate hundreds of millions of dollars. But Parker would not become Presley’s sole manager until a year later, when a road-weary Neal opened a record store and bowed out of renewing his contract with Presley.

Did Elvis Have A Twin Brother That Died At Birth?

Yes. As depicted in the film, Gladys Presley’s only pregnancy resulted in twin boys, Elvis Aron Presley and Jesse Garon Presley. Jesse was stillborn, buried in an unmarked at a cemetery in Tupelo. And Gladys was known to say in real life that “When one twin died, the one that lived got all the strength of both,” much as actress Helen Thomson says in her cinematic depiction of Gladys.

Did Elvis Presley See Arthur Crudup Perform “That’s All Right” As A Child in Mississippi?

Luhrmann’s film depicts Presley as a young boy in Tupelo, Mississippi (his age isn’t specified, but actor Chaydon Jay was about 12 when the movie was filmed). At one point, the young Elvis stands outside a juke joint and peeks through cracks in the wall, and he sees Arthur “Big Boy” Crudup (played by Grammy-winning recording artist Gary Clark Jr.) sing “That’s All Right,” the song that Presley would someday release as his first single. In these scenes, Presley wears a lightning bolt logo around his neck as Luhrmann’s symbolic homage to the boy’s love of Captain Marvel Jr. comic books, but he never literally wore any such item as a child.

Crudup was indeed from Mississippi, beginning his career in Clarksdale, two hours away from Presley’s hometown. People who knew Presley as an adult attested that Crudup’s music was in his record collection, and Crudup released “That’s All Right” on RCA Victor. But in a 1956 interview with The Charlotte Observer, Presley suggested that he’d also seen the bluesman in person as a child, saying “Down in Tupelo, Mississippi I used to hear old Arthur Crudup bang his box the way I do now.”

In 1956, Elvis Presley was both massively popular and increasingly divisive, thanks to his provocative dance moves on The Milton Berle Show, and the restrained tuxedo-wearing “new Elvis” as presented on The Steve Allen Show. Parker was raking in millions in merchandise, but he even managed to profit from the backlash, selling “I Hate Elvis” buttons, as shown in Luhrmann’s film. There is no evidence, however, that fans picketed outside Presley’s homes with signs that read “We Want Old Elvis” and “Don’t Change, Elvis,” as depicted in one of the film’s more cartoonish flourishes.

Did Priscilla Presley Name Lisa Marie Well After Her Birth?

Elvis Presley’s only child is introduced in a scene at home where Priscilla picks up their daughter, already several weeks or months old, and says “Maybe we should call her Lisa Marie.” But in a Facebook Q&A, Priscilla Presley once revealed that she’d bought a book of baby names while pregnant, and she and Elvis chose a girl’s name and a boy’s name together before they knew what their child would be. “We decided that Lisa Marie was beautiful for a girl,” she said. “I loved the name John Baron for a boy… He agreed.”

In Elvis, the assassination of Senator Robert F. Kennedy takes place while he’s taping Singer Presents…Elvis, the NBC primetime event that would come to be known as The ’68 Comeback Special. In a memorable example of Baz Luhrmann’s heightened sense of reality, the sound of a literal gunshot accompanies Presley hearing the news, although their Hollywood soundstage was likely not anywhere near the Ambassador Hotel where Kennedy was killed.

In reality, Presley was still in rehearsals for the special, not yet taping segments, at the time of Kennedy’s death on June 6th. And the inspirational new song that was written to close the special, “If I Can Dream,” was penned more in response to the April assassination of Martin Luther King, Jr., with lyrics that alluded to his “I have a dream” speech. However, the basic sequence of events in the film, including “If I Can Dream” overriding Colonel Tom Parker’s wishes to close the show with a Christmas song, are more or less true to life. 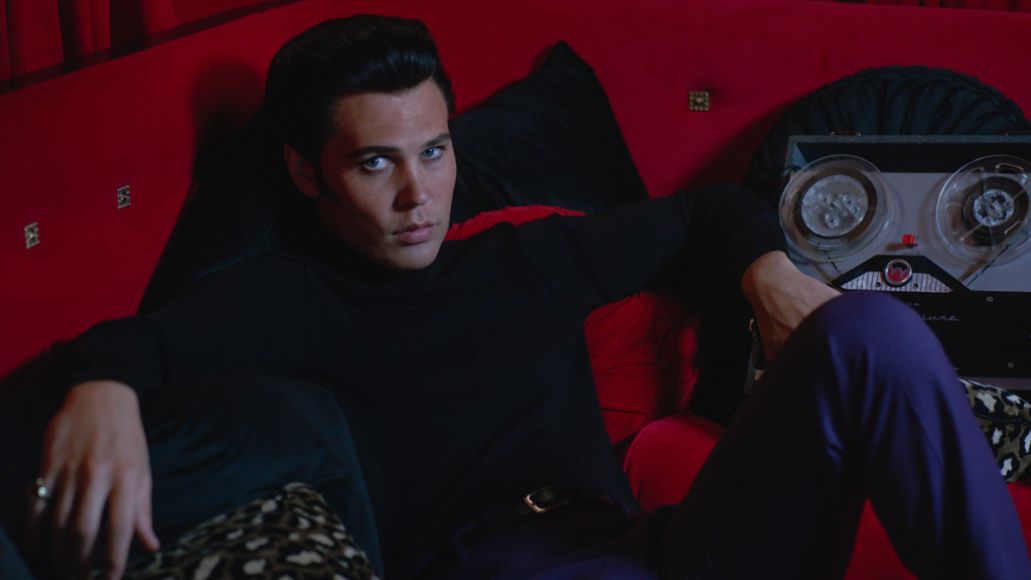 Did Elvis Presley Put Aluminum Foil Over the Windows of His Hospital Room?

A scene in Elvis depicts Presley hospitalized, with aluminum foil covering the windows of his room to keep out the prying eyes of the curious public. This was actually a custom that Presley had begun using years earlier while touring: his crew would cover his hotel room windows with foil to completely block out the sun, so the singer could sleep during the day. This was primarily because Presley found it easier to go out and live his life at night, whereas he would be more easily spotted and mobbed by fans in daylight.

In Elvis, a slurring and disoriented Elvis Presley ends a performance at The International in Las Vegas by lashing out at Colonel Tom Parker and telling his longtime manager he was fired. But Parker manages to keep his job by presenting Vernon Presley with a bill for millions of dollars the singer supposedly owed him.

In real life, the only time Presley fired Parker was indeed in Vegas, during his 1973 residency at The International. But there was no over-the-top onstage tirade against Parker. Presley made a statement from the stage in support of a waiter he’d befriended at the hotel, Mario, and called out Hilton management for plans to fire Mario. It was in a private backstage argument after the show that Presley fired Parker for a few days, although the manager did get his job back by invoicing the singer for a huge sum of money.

Did Elvis Presley Nearly Take a Lead Role in A Star Is Born?

The biggest movie about Elvis Presley to date ironically downplays his career as a movie star. Although Presley starred in over 30 films, mostly romantic musicals and campy comedies, Baz Luhrmann’s Elvis quickly mentions his first seven-picture deal and then mostly drops the subject for a couple decades. But towards the end of the film, Presley and Colonel Tom Parker discuss the possibility of him starring in a remake of A Star Is Born, opposite Barbra Streisand in the role ultimately played by Kris Kristofferson in the 1976 version.

It’s true that Presley met with Streisand and they discussed making A Star Is Born together. Presley hadn’t acted since 1969 and saw the project as his chance to finally be taken seriously as a dramatic actor like his role model Marlon Brando (who was also considered for A Star Is Born). But as Elvis depicts, Parker was less excited about the prospect, and the film ultimately went ahead without Presley. Of course, it may have been a bit too much for Presley to have played a self-destructive rock star on the decline who dies at the end of the movie – in real life, he died less than a year after A Star Is Born was released.

Elvis is in theaters on Friday, June 24th.