Back in November, days before the release of Life Is Yours‘ lead single “Wake Me Up,” Foals frontman Yannis Philippakis assured listeners that this album would be a return to a “sweaty, late-night dance floor.” He wasn’t kidding: Life Is Yours is undoubtedly the most groove-oriented, shimmering Foals album yet, destined for the peak of a wild night and smartly positioned as an antithesis to a long period of lockdown.

If you are a Foals fan, the streamlined style of Life Is Yours is a bit of a left turn, albeit one that’s closer to the frenetic dance punk of their debut Antidotes and the introspective glow of Total Life Forever. Though a restless energy populates the dance-centric Life Is Yours, there’s very little agitation in the mix — where previous Foals jams like “Inhaler,” “What Went Down,” and “Black Bull” featured a grittier, more explosive palate, Life Is Yours is restrained, focused, and wholly indebted to disco and dance.

According to Philippakis, Life Is Yours may be different, but it is their most “unified” album. “We didn’t want to have the kind of polarity in the songwriting. We didn’t want to have shifts,” he claims, “We wanted the record to be more like a journey — like you’re going for a walk through the same park. You’re starting somewhere, and there’s diversity and richness within the space that you’re in, but you’re in one space. You’re not getting thrown from pillar to post.”

It’s fitting that Foals have decided to follow up the two part album experiment — 2019’s Everything Not Saved Will Be Lost Pt. 1 & 2 — with a record that feels decidedly less enormous, championing an air of levity and brightness over anguish and bitterness.

Everything Not Saved Will Be Lost found Foals, essentially, staring at the end of the world, meditating on climate change, the Trump/Boris Johnson era, and mental health. Life Is Yours, on the other hand, seems much less concerned with making a grand political statement, and more concerned with imagination, intimacy, and the freedom of a life without a global pandemic.

“If we were to write another record and start it tomorrow, it might be something where it’s gonna deal with Boris Johnson’s inability to do anything correctly,” says Philippakis, “but we were writing in this kind of spartan, frugal, depressed, lifeless environment. And the result was this.”

According to Philippakis, the heaviness of the pandemic and lockdown gave the band a different mission than ever before. “I felt repelled by anything too heavy, emotionally. I didn’t want to add to the weight of what was going on,” he says. “And then I just started to think about music as a transportive power, and also that it would be cool to make something that was just defiantly radiant. Something that shimmers, and can transport you.”

Indeed, the songs on Life Is Yours are beacons to a pre-pandemic time, an influx of life that we’ve all taken for granted in retrospect. The radiant “Looking High” finds Philippakis searching “for where all our friends used to go,” eventually landing on the plea “I hope I’ll be there when life’s returning… I hope I’ll see the streets return.” The thumping, synth-driven “2AM” is an ode to that exact hour, the drunk, messy moment of clarity, but channeled through the perspective of someone forced to stay home and reckon with their own loneliness.

And on the infectious and anthemic “2001,” which Philippakis claims features a chorus with “one of the most unadulterated bits of pop writing that [they’ve] ever done,” he laments, “I’ve been waiting all day inside/ Waiting for a summer sky/ When we run wild/ We’ll come up for air and go under again.”

Luckily for Philippakis, drummer Jack Bevan, and guitarist Jimmy Smith, that summer sky has finally arrived. After months of being “caged animals,” like Philippakis says, Foals embarked on their first tour in over two years last month with a short run of shows in their native England. For the band, there was certainly an added layer of drama and catharsis to the new shows.

“In London, I think that it was quite a few peoples’ first show back in a crowd. So there was an element of seeing people realizing: ‘oh, it’s okay, we can get into the pit and rub up on each other and have one of those experiences,'” he says. “But I think also, for us and speaking on behalf of the crowd, I sensed an added pathos to the shows, an added emotion… there was some extra power to it.”

Now that some warmup shows are under their belt, Foals are ready for their summer festival season, which includes major appearances at Glastonbury and Mad Cool Festival. As far as Glasto is concerned, Foals made it very clear in their illuminating 2019 documentary Rip Up The Road that Glastonbury holds a special place in their hearts. “To close the other stage is an honor,” says Philippakis. “It’s not something we ever thought we’d do. I think it’s just gonna be super emotional.”

There’s certainly an added potency to their performances since returning from the pandemic, but Foals are as grateful as ever to be back out on the road playing shows as a trio. “I think as a band, you never know how long a band is going to last,” Philippakis says. “We didn’t have serious conversations about not pursuing things, but you never know what could happen. And I think we just felt thankful to be back on stage. Not only be back on stage, but at some of the best and biggest shows of our careers.”

Foals as a band are indeed bigger than they’ve ever been before, and Life Is Yours proves that they’re willing to meet the moment in more ways than one. Many artists who’ve created bodies of work throughout the last turbulent few years are doing so with an unapologetic turn inward; after all, music created in isolation and anguish is often channeled through a more meditative, existential output. But Foals are running in the opposite direction, ditching their solemn for their dancing shoes, and using the pain of the past to light the way forward.

At the core of Foals, truly, is their enigmatic, wildly freeing live shows — and each new album is tailor-made to foster those experiences. Life Is Yours may not have the high octane moments that Foals have become known for since 2013’s Holy Fire, but the approach is nonetheless energized, bursting with life, and designed for a live, collective experience.

Luckily, the band isn’t taking any of this for granted. Ridden throughout Life Is Yours is a definable sense of longing, almost like they’re wandering through a wildly stimulating dream-state. But it comes from that uniquely 2020 feeling of being on the inside and looking out, of wishing you savored the better days before they all became the same. Philippakis has certainly done a lot of reflecting himself; when asked if he would have any advice for himself 15 years ago recording Antidotes, his suggestion is to “enjoy it, don’t worry quite so much, don’t be so anxious, and put a bit more reverb on the vocals. And maybe tweak the mix.”

After the band hits Europe this summer for a myriad of shows and festivals, they’ll make their way to North America in the fall for their first US tour since 2019. Beyond that, Philippakis is still basking in the glow of getting to play new songs. As for which Life Is Yours tracks he’s most excited to bust out live, he says “‘2001’ is the highlight of the new stuff for us,” but also shares that “‘Flutter’ has a big riff in it [too]. We’ll crank the distortion petals for that one.” Rest assured, seeing Foals live in 2022 is destined to be an unforgettable party.

Life Is Yours Artwork: 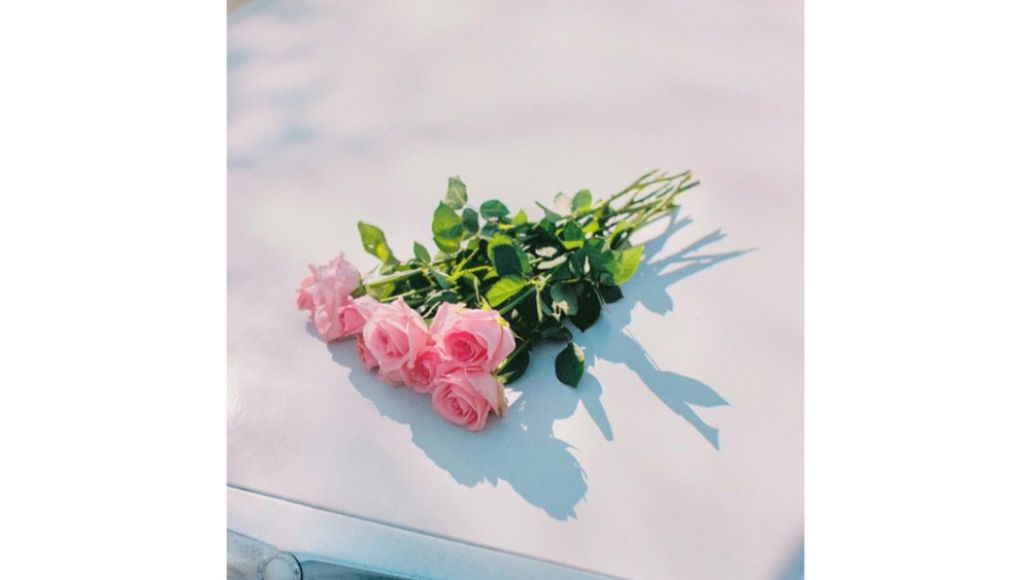 Foals on the Ecstatic, Unified Energy of New Album Life Is Yours