Fueled by Ramen’s ONE OK ROCK are setting out on their first headlining North American tour in over three years, starting just days after the release of their latest album Luxury Disease.

What Is ONE OK ROCK’s Next Tour?

Following a string of festival performances in their home country Japan in August, ONE OK ROCK embarks on a full North American tour. It kicks off with three nights in Texas, starting with Austin on September 19th, then Houston the next day and Dallas the day after. They cover the East Coast next, beginning in Orlando on September 23rd and hitting Atlanta, Philadelphia, New York, Boston, and more over the following week. They play Toronto and Montreal at the start of October, then head west via Detroit, Chicago, and Denver. The final run of shows stretches across the West Coast, checking into Portland, Vancouver, Seattle, Oakland, and the closer at Hollywood Palladium in Los Angeles on October 20th.

In December, the band is scheduled to play three shows in Australia. The leg commences in Melbourne on December 2nd, stops in Sydney on December 3rd, and Brisbane on December 4th to close out the year.

Who Is Opening for ONE OK ROCK on Tour?

ONE OK ROCK will be supported on every date of their North American tour by You Me At Six, and will feature Fame on Fire at select shows. See the full itinerary below.

Tickets are now available to purchase via Ticketmaster.

See ONE OK ROCK’s full list of tour dates below, and get tickets to all of their upcoming concerts here. 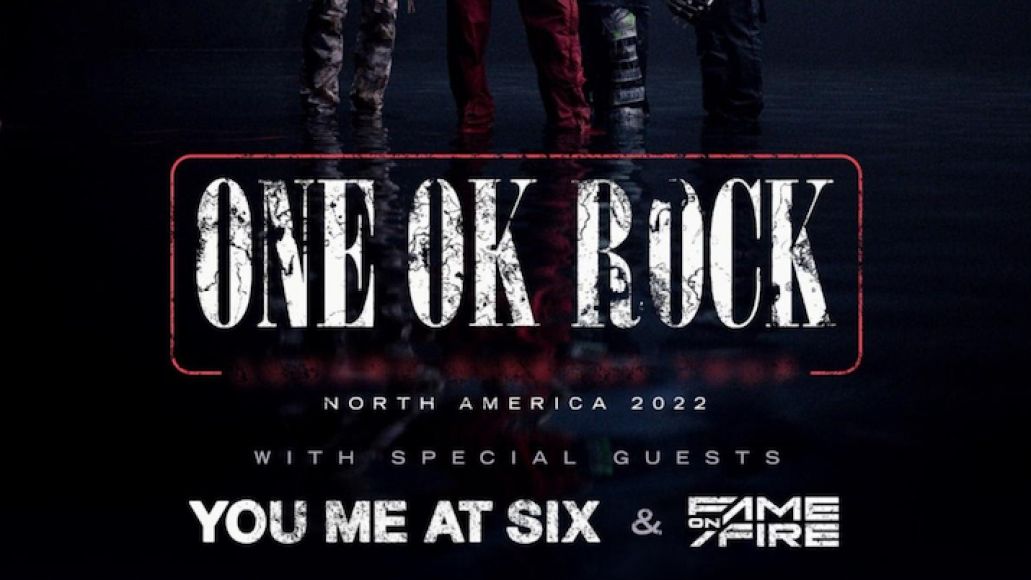