Juneteenth 2022 marks the liberation of Black Americans from slavery 157 years ago. In celebration, The Roots, Killer Mike, Mickey Guyton, and more will take the stage at the Hollywood Bowl on Sunday, June 19th for a special concert that will be broadcast live on CNN.

Other artists on the roster for the evening include Earth Wind & Fire, Robert Glasper, Jhené Aiko, Anthony Hamilton, Billy Porter, Lucky Daye, Mary Mary, and Michelle Williams. Additionally, the show will feature the 68-piece symphony Re-Collective Orchestra. Conducted by Thomas Wilkins and Derek Hodge, the group will be the first all-Black orchestra to ever play the Hollywood Bowl in the venue’s 100-year history.

See the full lineup poster below.

“This is the most important event we’ve ever produced at Live Nation Urban,” said president Shawn Gee in a statement. “It’s a moment to celebrate and reflect on Black independence and the Black experience. It’s also a moment to raise awareness and shine light on the miles we still need to travel to true equity. We hope to see you there.”

Tickets for the concert are available to the public via the Hollywood Bowl’s website, or by calling (323) 850-2000. The Juneteenth Celebration will also be broadcast live on CNN starting at 8:00 p.m. ET that evening.

Only last year, on June 15th, 2021, the Senate unanimously passed a resolution declaring Juneteenth the 12th federal legal holiday in the US. While slavery technically ended with the passing of the Thirteenth Amendment, Juneteenth takes its roots from Texas history when, in 1865, General Order No. 3 proclaimed to slaves living in Galveston that they had officially been freed. 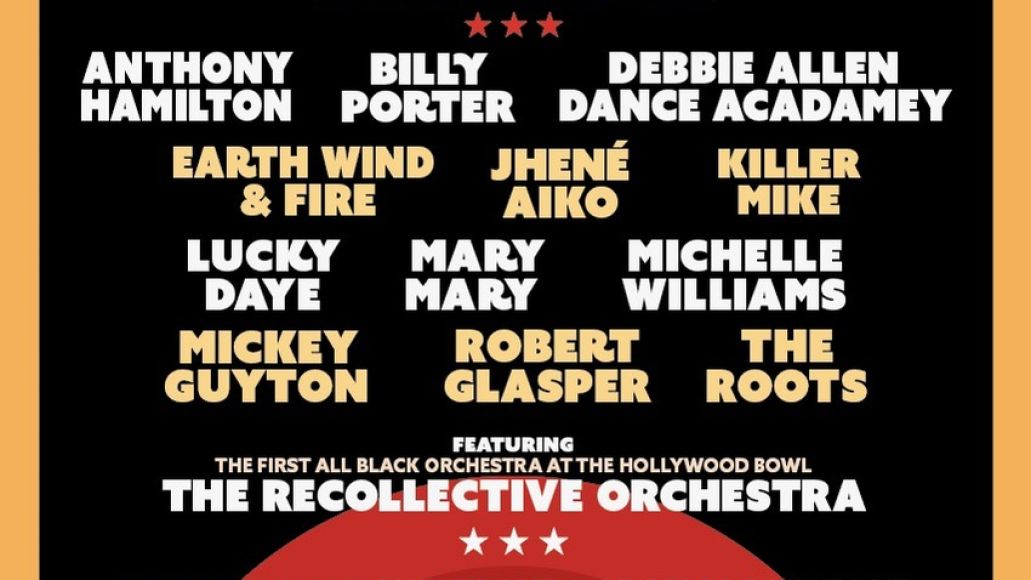