Robert Fripp, known to generations of music fans as the founding guitarist of UK prog-rock legends King Crimson — and to new fans for his fun-loving “Sunday Lunch” YouTube performances with wife Toyah Willcox — has announced “An Evening of Conversation” 2022 North American tour with his longtime producer, manager and business partner David Singleton.

The tour kicks off September 16th in Toronto and runs through an October 9th show in Chicago, with tickets currently available via Ticketmaster.

Fripp and Singleton co-founded the record label Discipline Global Mobile in 1992, while the latter has produced a number of King Crimson’s albums since the 1990s. In addition, Singleton has managed the band since 2018.

A tongue-in-cheek press release reads, “An endless stream of people ask Fripp burning questions, many of which are actually not even quite smoldering. In most cases they would be better answered by David Singleton. This is an opportunity to ask both Fripp and Singleton the questions that get them out of bed in the morning.”

It continues, “Where does Music come from? What does it take to survive the music business? When does the impossible become possible? Can Music change the world? Why did Fripp put on a tutu and dance to Swan Lake at the end of his garden? Who is The Vicar?”

A poster for the tour takes the self-deprecating humor one step further, calling the outing “An Evening with That Awful Man and His Manager.”

In addition to asking about his work with King Crimson, fans may want to query Fripp about his collaborations with David Bowie, Brian Eno, and Peter Gabriel, among others. But we’re guessing that many are curious about his weekly series of cover songs with his scantily-clad singer wife Toyah.

Toyah Wears Only Gold Leaf and Paint as She and Robert Fripp Perform Foo Fighters’ “All My Life”: Watch

The couple’s most recent “Sunday Lunch” performance sees Toyah wearing nothing but strategically placed gold leaf on her body while pouring paint all over herself, as the pair cover Foo Fighters’ “All My Life.” The husband and wife have racked up millions of views on YouTube over the course of the pandemic-inspired series, with their cover of Metallica’s “Enter Sandman” reaching 8 million views alone.

See Robert Fripp and David Singleton’s “An Evening of Conversation” tour dates below, and pick up tickets here. 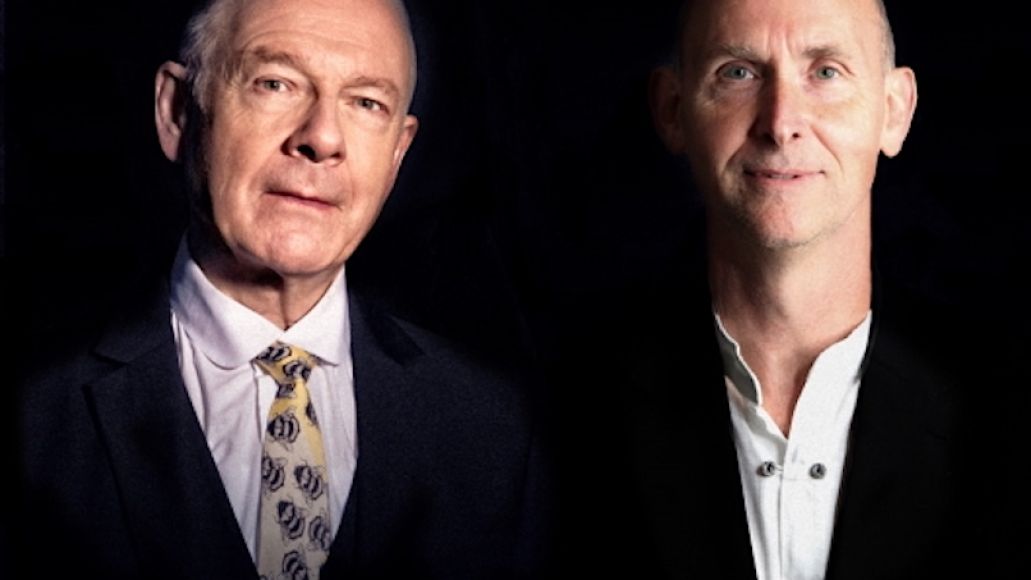