The Pitch: It’s fitting that after four editions of Toy Story over the last 25 years, numerous spin-off shows and games, and a still-undisputed legacy status, Pixar simply wasn’t done telling stories in this universe. But this one is a bit of a curveball: In the year 1995, a young boy named Andy is given an action figure of Buzz Lightyear, a space ranger who served as the protagonist in Andy’s favorite film. Lightyear is that film. Lightyear promises to be the definitive origin story of one of the film’s most iconic characters, complete with a sci-fi backdrop, his signature attitude and catchphrase, and a major appearance from Buzz’s primary antagonist, Zurg.

Though they’ve traded Tim Allen for Chris Evans in the recording booth, there’s undoubtedly a classic Pixar feel to Lightyear. The film follows Buzz as he and his commanding officer, Alisha Hawthorne (voiced by Uzo Aduba), are marooned on a habitable but less-than-ideal planet with their crew. As Buzz works tirelessly to create an escape plan for their Star Command colony, he comes face to face with the cost of his pursuit (with some help from Einstein’s theory of relativity).

The film’s director and co-writer, Angus Maclane, does a great job hammering in the film’s token moral message — that mistakes shape who we are, and, to quote another iconic Disney character, “the past is in the past.” These concepts are dealt with wisdom, empathy, and levity, and in true Pixar fashion, with a universality that ebbs and flows beyond cliche.

Perhaps one of the biggest wins for Lightyear comes not just in its storytelling, but its reflection of humanity: Not only does Lightyear feature a black and queer central character for one of the first times in Disney history, its cast of characters are delightfully grounded and realistic. Hawthorne’s granddaughter Izzy (voiced by Keke Palmer) is an ambitious, albeit inexperienced, junior Star Command cadet, and her band of friends Darby (voiced by Dale Soules) and Mo (voiced by Taika Waititi — a true highlight) are both hilarious and heartwarming. 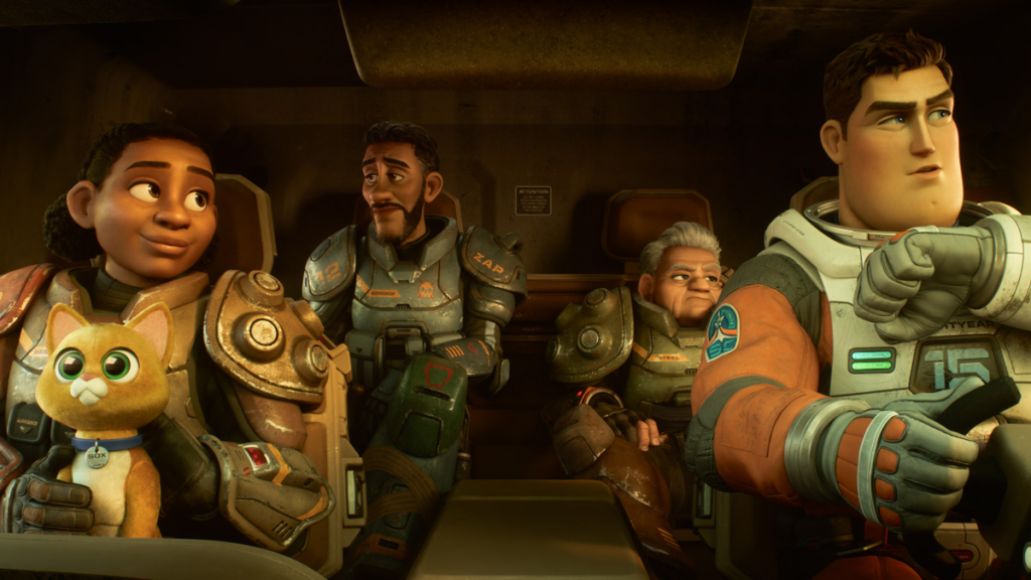 But no one steals the show quite like Sox (voiced by Peter Sohn), Buzz’s robot cat designed to help him with his transition back from space. Besides being a super-powered, highly intelligent robot, Sox is a typical cat by all means — but his witty quips, absurd “robot cat” noises, and heroic efforts to help Buzz and his crew give Lightyear a sense of levity and brightness that the very best Pixar films display.

Hi-(Sci)Fi: While Pixar aren’t necessarily averse to science fiction, Lightyear leans harder into the genre than, say, the dystopian commentary of WALL-E. Front and center in the plot is the aspect of time — as Buzz continues to test the escape route from the planet, he must find the right combination of energy crystals to achieve hyperspeed flight. Yet, each time he tests the crystals with a solo flight around the planet’s neighboring star, it takes him only four minutes, but four years pass down on the planet.

Eventually, Buzz finds the right combination, but the amount of time that has passed on Star Command’s planet has led to massive changes — entire lifetimes have occurred while Buzz has only aged about 3 weeks. This plot device is explained and presented thoroughly, as if Lightyear‘s creators set out to make “Interstellar, but for kids.” Eventually, he returns to the planet to notice that a massive ship looms over the planet, and an army of robots who serve a mysterious figure named Zurg pose a major threat.

But beyond the creative timeline shifts, Lightyear embraces the lore of sci-fi with open arms. The aesthetic principles of Star Command are expanded upon greatly, complete with a fascinatingly round spaceship for the crew (that Buzz affectionately calls “The Turnip,” because it “looks like a root vegetable”). Other spaceships echo the angular structures of Star Wars vehicles — and Buzz and Alisha use a sort of “lightsaber” as their weapon of choice — but even though both Pixar and Star Wars share the same parent company, there’s less of an homage than one might think.

It also bears mentioning that we only see the one planet that Buzz and his crew are marooned on; so rather than have a Star Trek-style journey through multiple planets, ecosystems and alien lifeforms, Pixar decided to keep the box relatively closed in favor of maximizing the story and arc at hand. Besides, it’s well established that Buzz has spent a great deal of his life exploring these other planets, and it makes Buzz’s quest to get his crew moving through space again much more serious and urgent. 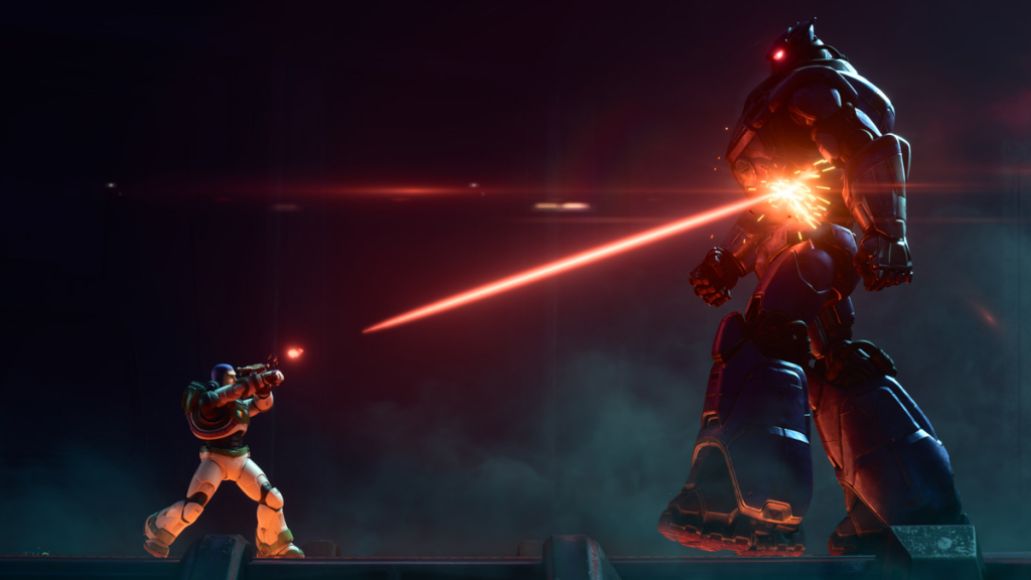 The Verdict: Lightyear succeeds largely due to its air-tight, no-frills screenplay, and like pretty much every other Pixar film, the jokes definitely land. It’s undoubtedly an entertaining and smile-inducing sci-fi foray, and each new character in Lightyear feels inspired and real.

But, to zoom out a bit, let’s go back to Toy Story 4 — this was a film that unfolded another sweet, albeit slightly unnecessary chapter of the Toy Story saga back in 2019. Something about Toy Story 4 felt more vital and creative than anyone would have expected; not only were we miles away from Andy and the lore of older films, there was a plastic fork having a full-on existential crisis and completely desperate to be returned to the trash where he belongs.

This was the furthest Pixar had come to fully acknowledging not just the existential aspect of the toys in the story, but the fact that this was a saga that had been thoroughly mined for story, and going back to the drawing board for a fourth film meant they had to make some bold, risky choices. Luckily, and almost surprisingly, Toy Story 4 met those expectations well.

This brings us to Lightyear‘s relatively safe, comfortable outlook: besides the opening title card that explains this film’s significance to the very first Toy Story film, there aren’t many meta jokes or larger tie-ins to the franchise, opting instead for a fully independent, standalone narrative. While this isn’t necessarily a bad thing, it does feel like a missed opportunity to shine even more light on the original set of Toy Story films, and to embellish the character of Buzz in a much more challenging and nuanced way.

But if we don’t have a more unique and risky portrayal of Buzz, at least we have Sox the Cat, whose frequent jokes and irresistible characterization brings Lightyear to a more absurd sci-fi universe. Pixar is almost always on the money with their animal/robot/animal-robot sidekicks, and it’s a part of their formula that never really gets stale.

With Pixar clearly taking a bigger storytelling risk with Turning Red this year (and succeeding), Lightyear feels less urgent, and frankly, a little too plain by their soaring standards. But luckily, Lightyear is gorgeously animated, filled with smartly-written jokes, and finished off with an important message about self-growth and acceptance. If Lightyear is a spaceship heading to infinity and beyond, it’s a little bit stuck in its own solar system for now — but that doesn’t mean it’s not worth the ride.