Machine Gun Kelly opened his 52-date “Mainstream Sellout Tour” in Austin, Texas on Wednesday (June 8th) with some help from his friends (and fiancée Megan Fox).

From the moment MGK hovered over the audience in a helicopter — using proper safety equipment; it took him a few minutes offstage to wiggle out of it — the crowd at the Moody Center arena knew they were in for a wild night.

For about two hours, Machine Gun Kelly entertained fans with newer songs — he played “born with horns,” “more than life,” “roll the windows up” and “WW4” live for the first time — as well as collaborations, bringing out iann dior for “nothing inside,” “Sick and Tired” and “fake love don’t last,” and blackbear for “make up sex” and “my ex’s best friend.”

Thoughtful themes were woven throughout the show, too, including being “trapped in the box,” getting “out of the box,” and the horrible looming impact of the internet on the current generation. Machine Gun Kelly is not without a sense of humor, either — at one point, he talked about how his cat was backstage and probably scared to death by the rolling rumble of the bass.

Machine Gun Kelly next plays Houston, Texas at the Toyota Center on Friday, June 10th. Tickets for that gig, and for the rest of the tour, are available via Ticketmaster. (And don’t miss Avril Lavigne, who joins the run on June 17th.)

MGK is arguably the king of pop-punk right now — his live show certainly makes the case. Check out the setlist below, along with exclusive photos of MGK (and Fox!), as well as blackbear and iann dior. 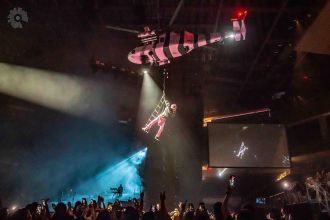 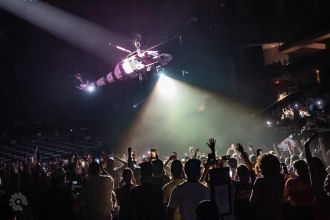 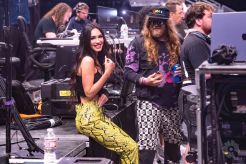 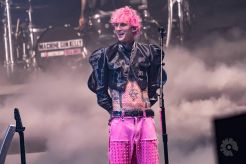 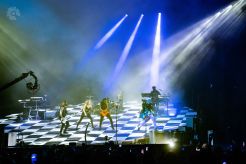 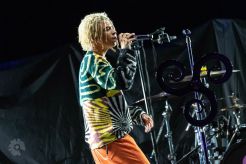 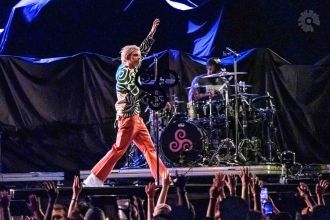 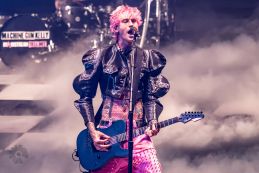 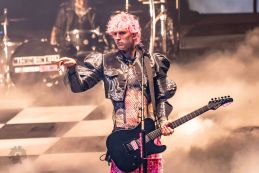 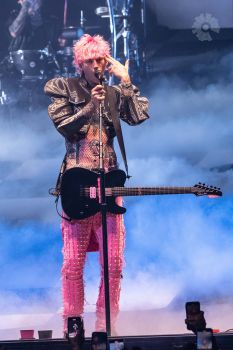