Next week, Mad Cool Festival will descend on Madrid for one of Europe’s biggest gatherings of live music. More than 100 acts will play across seven stages over five action-packed days. In anticipation, the daily schedule and set times have been revealed.

Check out the Mad Cool’s complete daily schedule, including set times, below. Saturday and Sunday single-day tickets to Mad Cool Festival 2022 are still available to purchase!

Consequence spoke to Mad Cool’s organizers about putting together the festival’s stacked lineup, and we also previewed the weekend with Foals, Two Door Cinema Club, and Spielbergs. If you’re heading to Madrid next week, make sure to take advantage of all the city has to offer.

Editor’s Note: Consequence is the North American media partner of Mad Cool and will be on the ground at the festival. 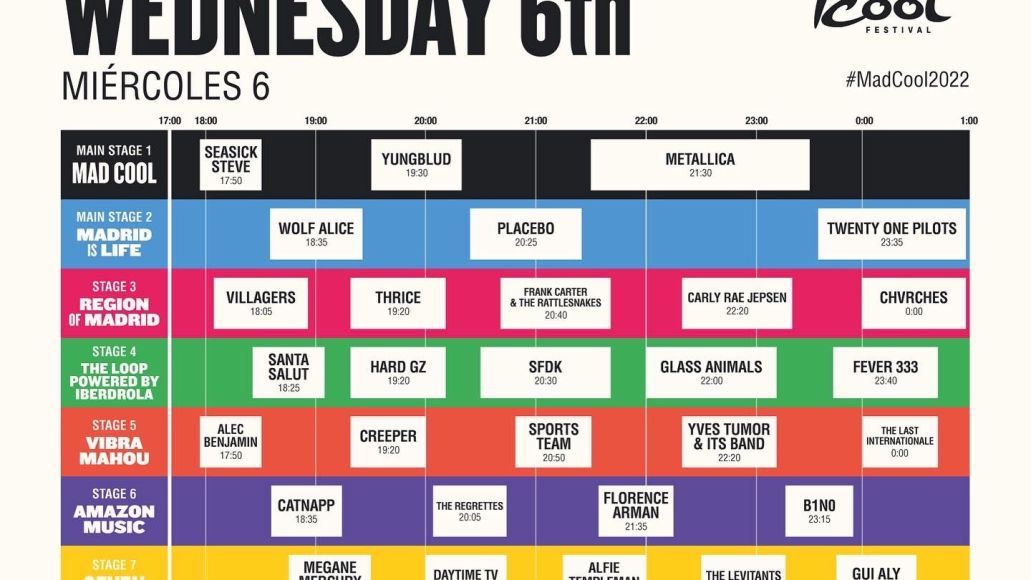 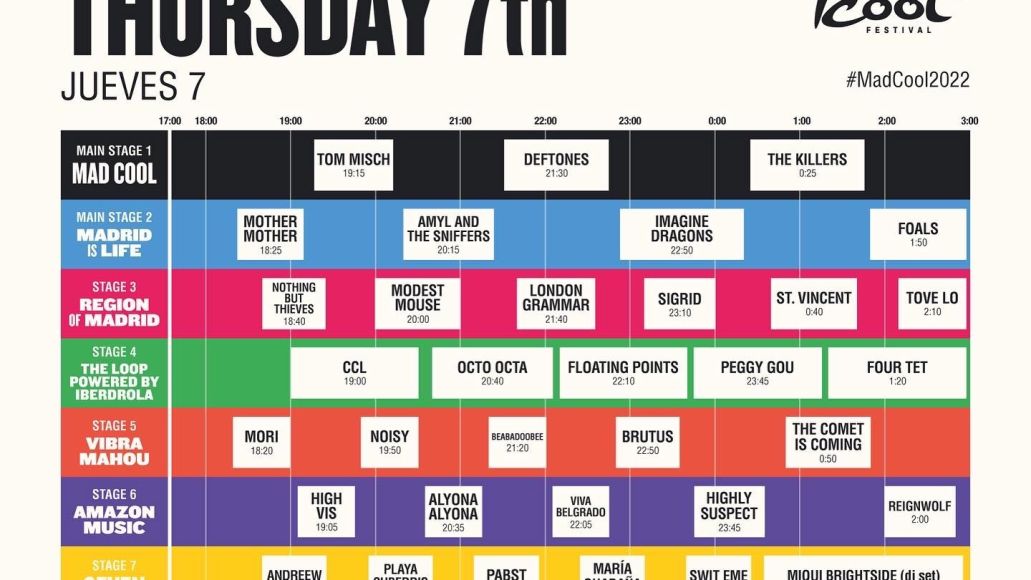 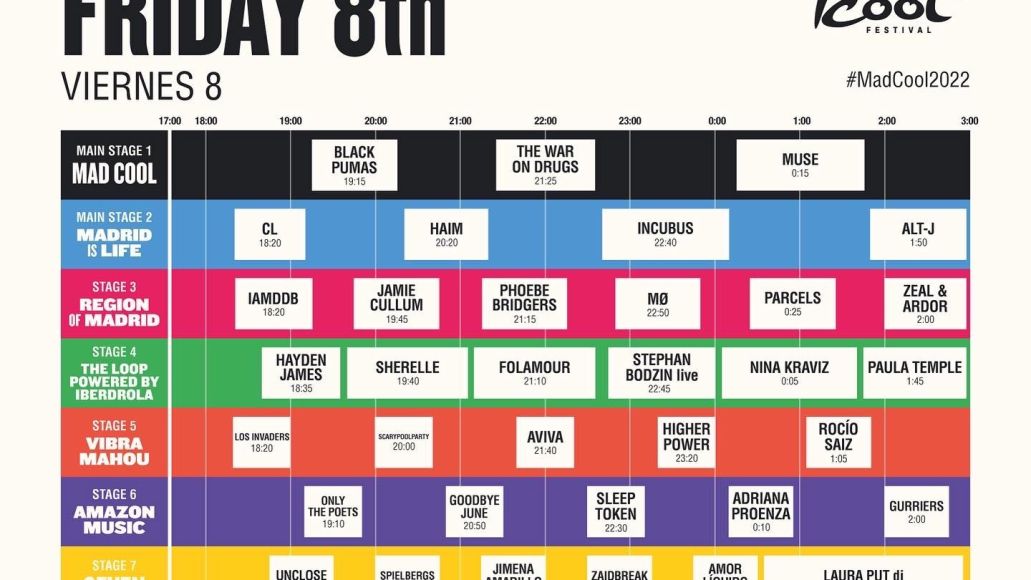 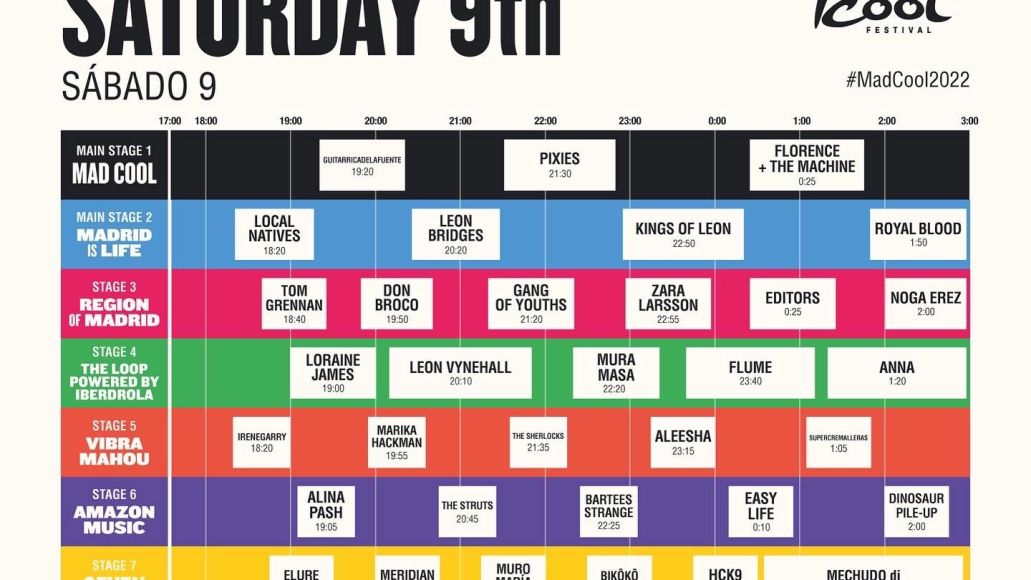 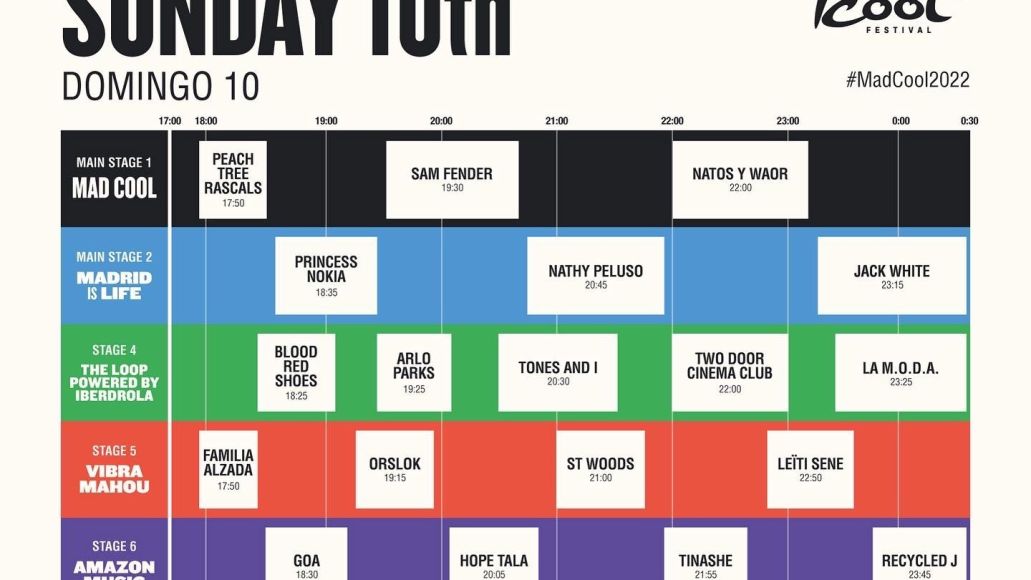