Not many food competition shows can liken themselves to a martial arts movie, but if any of them can, it’s Iron Chef. Having existed in one form or another for the last thirty years, starting in Japan and then spreading around the world, the series pits legendary, well-regarded “Iron Chefs” against scrappy challengers for a sixty-minute endurance test (featuring a heretofore unknown secret ingredient) to create a full-course meal that will blow away the judges and earn them the rank of Iron Chef.

What sets Iron Chef apart, though, is the character of The Chairman, a mercurial, authoritative figure who announces the challenges and their secret ingredients with an intense martial arts flourish. He’s impresario and referee alike, neither announcer nor challenger but someone who sets the tone for the high-stakes culinary conflict that is to come.

In the Japanese original, he’s played by Takeshi Kaga, famously biting into a bell pepper while wearing a spangly cape. But in Iron Chef America, which ran for a whopping thirteen seasons on Food Network, we have Chairman Kaga’s “nephew” (or so the lore goes), played by action star Mark Dacascos.

Dacascos, a Hawaiian-born actor and martial arts expert, has been a fixture in film and television since the early ’90s, starting out in films like Only the Strong, Steve Wang’s Drive, and the adaptation of the video game Double Dragon (and actual video games like Wing Commander IV, where he played a hotshot space fighter pilot alongside Luke Skywalker himself, Mark Hamill).

More recent audiences may know him best as Wo Fat on the remake of Hawaii Five-O, or as John Wick superfan (and fittingly, sushi chef) “Zero” in John Wick: Chapter 3 — Parabellum. But arguably, it’s in Kitchen Stadium, with his perfectly tailored suit and exaggerated kung-fu cries, that Dacascos has his longest-lasting and most indelible role.

With the Chairman returning with Alton Brown and the rest for a revived version of Iron Chef on Netflix, Iron Chef: Quest for an Iron Legend, Dacascos sat down with Consequence for a brief chat about his eight-year absence from Kitchen Stadium, the Chairman’s physicality and mythology, and what secret ingredient he’s always wanted to announce.

It’s been quite a few years since you’ve been in Kitchen Stadium; how does it feel to be back?

It’s emotional! I mean, it’s been, gosh, almost twenty years ago when we started [Iron Chef America]. Not only do I get to work with Alton again, and we kept some of the cast and the spirit of the original show, we now have a bigger Kitchen Stadium, we have more cameras. Because we don’t have commercial breaks, we can go deeper into the food and the backstories of our chefs, both Iron and challenger.

But also, what I think is fantastic is that Alton has a very talented co-host in [Top Chef season 10 winner] Kristen Kish; those two go back and forth, they discuss, and they certainly educate me. So it’s like a masterclass for the 60 minutes of the battle, and the whole show goes even broader and deeper now.

You get a little bit more to do as well, considering there are no commercial breaks. You get more time to shine, especially in those fascinating interstitials at the beginning of each episode.

Thank you, I really enjoy those. And I haven’t seen the episodes put together yet, so you know more than I do about those beats. But I had a blast filming them. That energy, too, comes from what I see and feel, and the challengers and chefs who are so happy to be there. It’s a great title, they want to win, and they know the DNA of Iron Chef. It’s important, it means something, and you can feel that energy both before and during the battle. 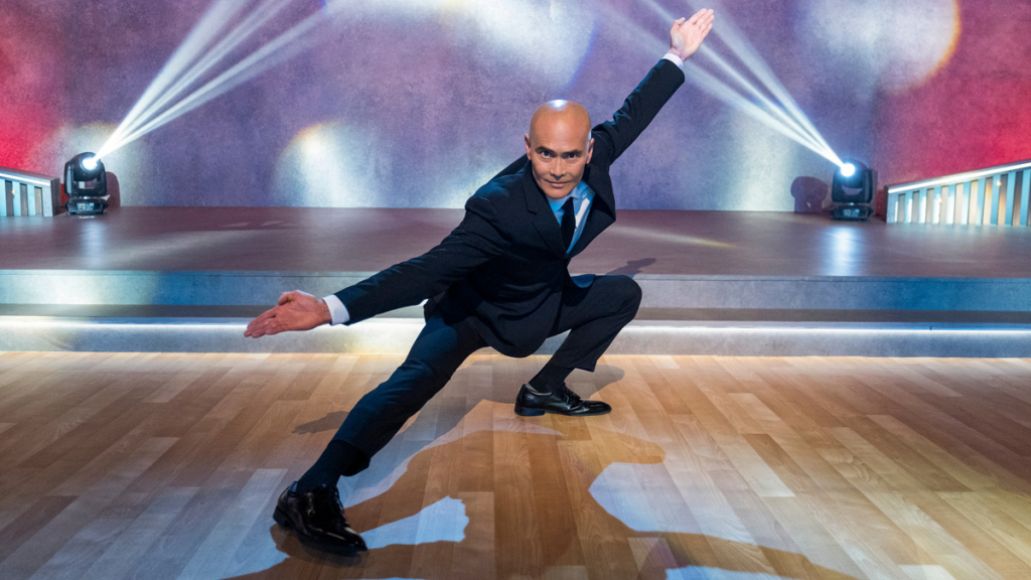