To a certain Millennial and Gen Z audience, there’s something immediately comforting about the guitar tones that indie outfit Momma uses: not only does it recall the warm glow of ’90s-era alt-rock (when many of us were children), it’s designed to sedate and enrich, to provide an atmospheric element that enhances each song’s focal point. Like the muted vibrance of The Breeders’ “Cannonball” or Smashing Pumpkins’ “1979,” there is an instantly recognizable feeling of bliss echoing out from each strum.

But it’s not all so blissful on Momma’s third album, the excellent Household Name (out this Friday, July 1st). The New York band, comprised of Etta Friedman, Allegra Weingarten and Aron Kobayashi Ritch, have been fearless when channeling their ’90s-influences with a more modern, unapologetic, and glowing sound; their 2020 sophomore LP Two of Me featured a psychedelic narrative imbued into irresistible rock hooks, a refined statement that was equally playful as it was serious.

And now, with Household Name, Momma — who is also Consequence‘s July Artist of the Month — have returned with their most fully-formed effort yet, and it’s one that proves the group to be one of the most dynamic acts in indie rock. In the simplest terms, each track on Household Name is pretty undeniable: the hooks are pristine and catchy, the song’s structures refuse to waver from their form, and their attempt at crafting thoughtful, multi-layered rock songs is a resounding success. Essentially, this is an album that only takes you a few notes to get you behind the band, and once you are, it’s too euphoric to resist.

But where Momma succeeds in particular on Household Name is not just in their effortless hooks or succinct musical language, but in the overall confidence of their vision. Household Name thematically revolves around the idea of ascending to the ultimate position of “rockstar,” of making it big time. They namecheck Pavement and Smashing Pumpkins, conjure images of auditoriums and a packed touring van, and present their ambitions as something that’s not just a dream, but inevitable.

They waste no time getting to the meat of this idea, immediately confessing in the first verse of “Rip Off” that they “wanna be the next big thing,” in between “falling for whiskey shots” from industry men and sneering “I’ve got what you want, now you’re singing along to my song, a rip off.”

Weingarten and Friedman repeat the same sentiment on “Rockstar,” which functions as something of a thematic guidepost for Household Name, singing “It takes a lot to admit it/ Yeah I got what they want, I’m a real rockstar.” There is a supreme sense of confidence in their reflections about their place in the music landscape — they aren’t famous yet, but they will be, they have the magic, the “it” factor, and so forth.

Meanwhile, buried within these claims is a sense of doubt and removal that makes their slacker rock stick even more. In between songs about the quest for individual fame are meditations on feeling trapped in a relationship, of being unable to shake their habits and cyclical patterns, even if they’re actively fighting against it. “Medicine,” which follows Momma relating the fraught dynamics of a relationship to the give-and-take ecstasy of a drug, smartly opens with a steady trot, before collapsing into a driving, anthemic chorus.

“Brave,” another highlight, finds Weingarten and Friedman torn between two minds, warning “don’t ask me if I want it, you know I always do,” and then later roaring “I can take it, I’m brave” — another soaring example of their confidence and vulnerability.

Though Weingarten and Friedman each have moments to shine as a solo vocalist (as well as frequently trading off between lead vocals and harmonies), their voices together, perfectly mixed, create a unique sense of authorship to these songs. Weingarten named a messy breakup as one of the big catalysts for the songs on Household Name, while Friedman brings her own sense of confessional poetics to songs like “Lucky.” But combined, their vocal presence has a lived-in, comforting quality, never employing strain or dissonance, and always with an acute layer of distance.

Adding a more personal foundation to the thematic ideas of ascending to rockstar status is what grounds Momma in the present, finding ways to color their daydreams in shades of navy and green, employing imagery of cars and motion, of a life on the road, together and alone. These ideas come to a head on the album’s penultimate track, “No Stage,” where Momma ponder the futility of their quest. “If I’m famous for the night/I’ll be lonely all my life,” they sing over the song’s momentary relief from its two seismic, oscillating chords.

But also on “No Stage” is the repeated line of “I can be your everything” — sentiments like this are repeated often on Household Name, demonstrating that their desire for “ultimate rock success” means, essentially, sacrificing their agency. It’s a fitting reminder of the lessons they’ve learned from the rockstars of yesterday, and their awareness of these trappings is very clear — making it all the more powerful that they’ve decided to be rockstars anyway.

A title like Household Name reflects a desire for Momma to be known by everyone, to be ubiquitous and iconic for the cameras and the masses alike. But a close listen suggests that Momma know this to be improbable and unsustainable: instead, their efforts are not in search of being known, but in being seen, in the most grand and authentic sense.

This is what makes Household Name such a unique offering in an era where nostalgia functions as an aesthetic for TikTok fashion compilations and commercial syncs. Weingarten and Friedman know that their concoction is worthy, that the space they demand is rightfully theirs. But they also know the value in remaining fiercely independent, to fight for their individuality over the tragic storyline that they struggle to break free from.

Through it all is a patient sense of comfort and understanding, retaining the playfulness of their previous efforts, the seriousness of being a rock musician in the 2020s, and the approachable air that ties it all together. Regardless of whether Momma become the household name they claim to seek, it’s the confidence that’s key — the rest is irrelevant. 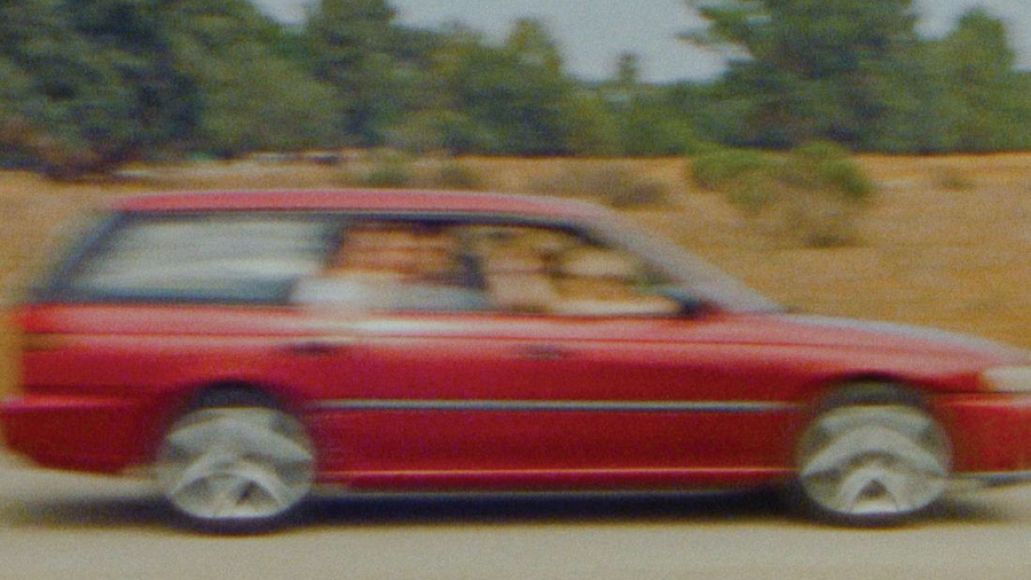